Documentary photographer Marc Vallée has a soft spot for outsider dissident youth. Over the course of his career his sensitive and beautiful portraits of youth have evolved from subculture to political resistance, and everything in between. Director Matt Wolf talked to Marc about his inspiring work. 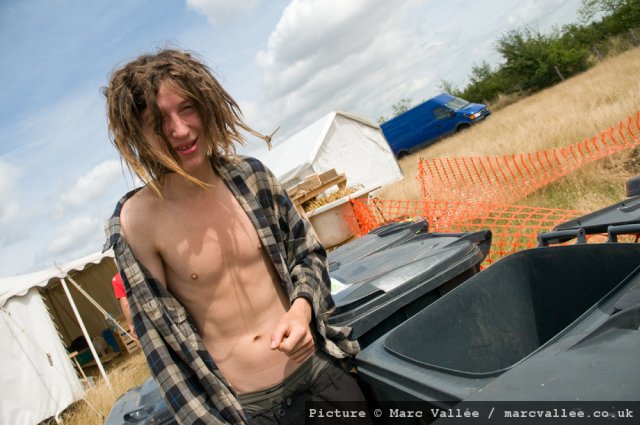 A young man at the Camp for Climate Action in Hoo, Kent, England on Wednesday 6th August 2008.

I know you got your start in the 90s photographing your friends in America. What kind of experiences or images initially inspired you to take pictures?

I was living and working in America at the time. I was photographing friends. They were skaters, surfers, punks, all hanging out on the New Jersey coast and I just saw pictures all over the place. I was shooting on black and white film and printing most days.  Later that summer I came a across an article in The New York Times about Larry Clark and it all just kind of made sense for me. I became a big Larry Clark fan. So much so the following year I brought a Larry Clark print from The Photographers’ Gallery in London after his “Kids” show.

Are you British?  UK youth culture is really rich– in terms of distinct subculture, youth fashion, and music movements, especially the birth of punk.  Does that history inspire you?  What else about the UK inspires you?

Yes, I was born in the UK and have lived in London most of my life. My family originally come from France.  Yes that history does inspire me. I was a teenager in west London in the 80s. The Specials ‘Too Much Too Young’ was the first record I brought plus I had a huge crush on Terry Hall at the time.  My older sister was part of the London Two Tone ska scene and she had a huge influence on me. From this I got into the music and politics Two Tone.  Later on I found America hardcore punk bands like Black Flag and Minor Threat.

When I tell people about the film I’m making, I think the first perception of the story is pop, fashion, and music.  There’s plenty of that, but it’s also just as much about politics.  To me, youth are always at the center of politics because they represent the future.  But also, quite literally, they’ll inherit the problems adults create.  When did politics become a big part of your work?

I think the youth culture pictures have a political edge to them. Young people rejecting  mainstream society.  But the invasion of Afghanistan and Iraq brought me to documenting political protest and dissent.  Which by the very nature of the subject is more overtly political. 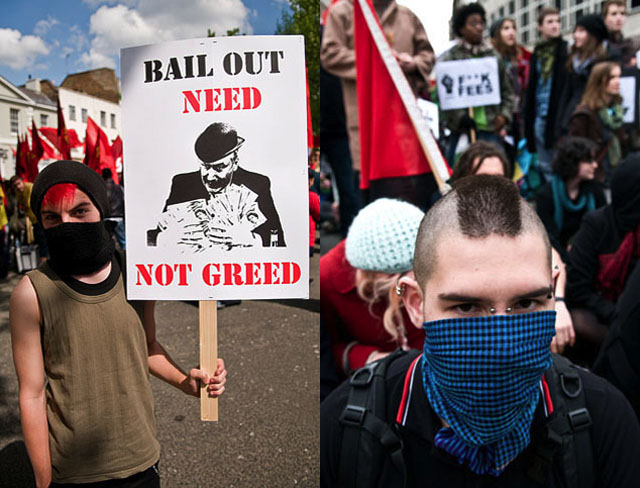 When and why did you start making the Protest Boys body of work?

I saw a similar energy, a similar vibrancy, to what interested me in the youth culture work. I’d naturally sought out the alternative youth element of the protest, anyway. I saw this as another facet of youth culture – the skaters and punks, the kind of people I’d documented elsewhere, were here on the streets protesting. It got me thinking and the Protest Boys pictures came from that.
I love how you capture an outsider or counter-cultural experience in your work.  Do you identify with your subjects?

Lloyd and Jamie at home in east London in 1997.

As a journalist, you’re often creating imagery that exists in the mainstream media. At the same time your work seems focused on the margins. Are those things ever in conflict?

Yes but if the work is strong you can get it out to a wider audience. But with the current economic climate that is getting harder to do. 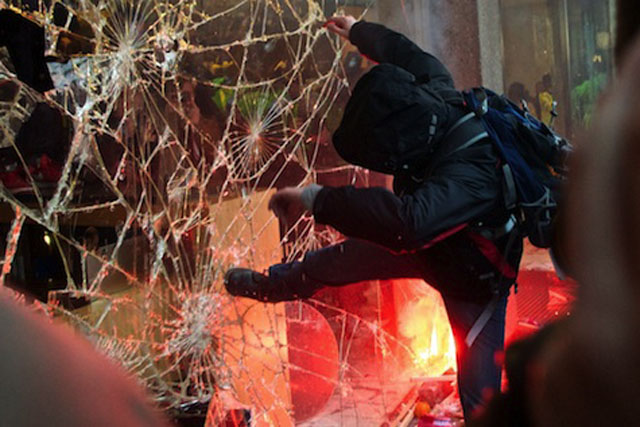 What about youth culture is inspiring you today?

The London graffiti scene is very inspiring and I’m not taking about Banksy. It’s the kids with low income jobs or no job at all that some how get the paint together and put the time in.