Austin based photographer Ilana Panich-Linsman offers up a beautiful and candid look into the sometimes cloistered emotional and social world of teenage girls with her series Fifteen. Focusing on a handful of teens she met at a Brooklyn pizza parlor while she was studying at the International Center for Photography, the photos in the series manage to capture both the romantic and the mundane aspects of being a teenager in New York. Panich-Linsman’s photos strike a tricky balance between childlike innocence and adult worldliness, perfectly reflecting the transitional nature of their subjects’ ages. 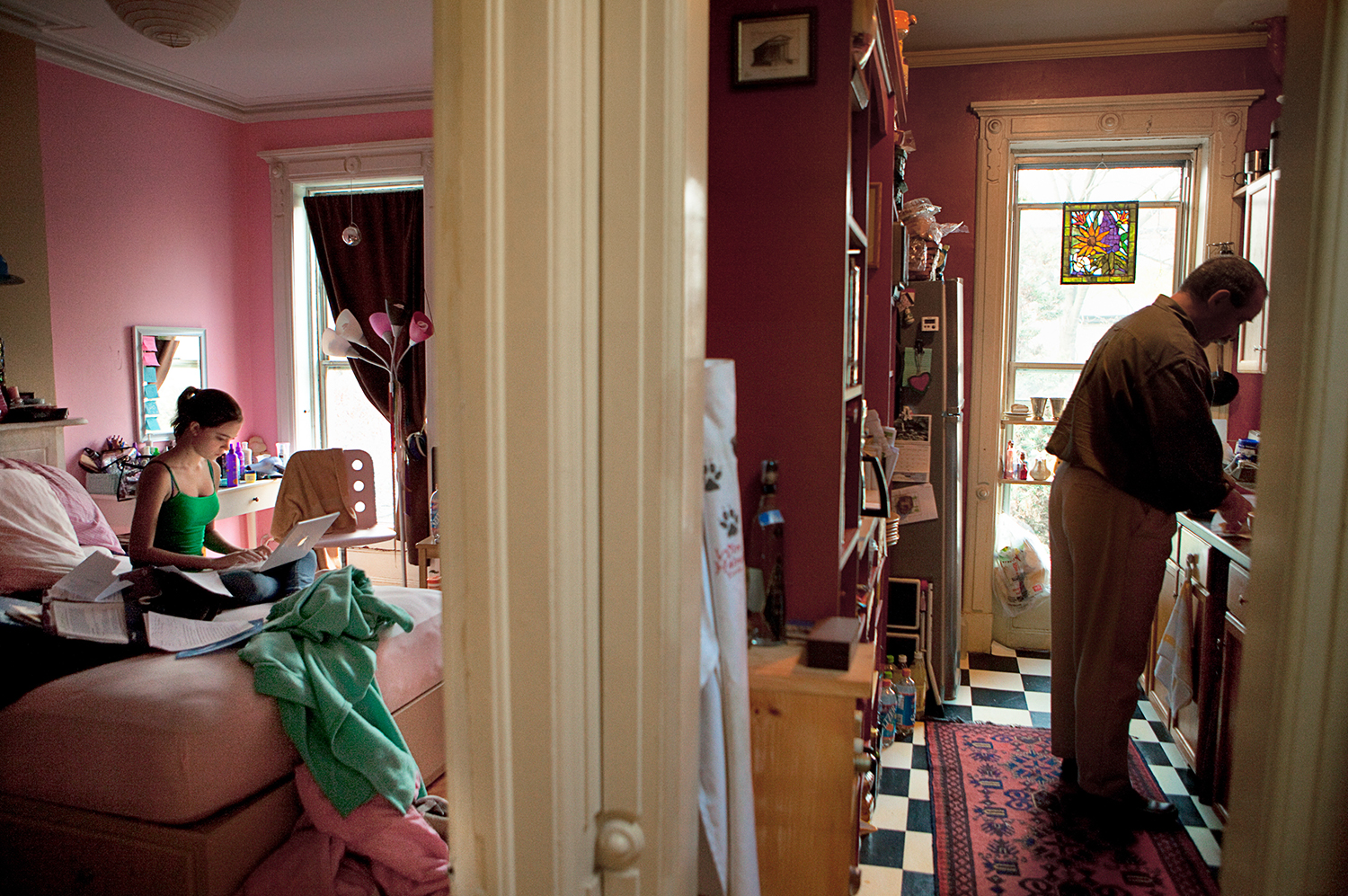 I asked Ilana a few questions about the project over email and her answers give insights into her methods, intentions and subjects:

Charles: The New York Times’ Lens Blog mentions that you came upon the project after seeing some girls talking in a pizza parlor. Most people would keep walking, some people might even go out of their way to avoid interaction in such a scenario. What made you go up them?

Ilana Panich-Linsman: I was in the photojournalism program at the International Center of Photography at the time and wanted to do a story about teenage girls — teenage girls because I was (and still am) interested in women today and how we make that transition from child into adulthood. I like teenagers because they’re just figuring out who they really are and how they want to define themselves. At that age the pull of childhood is equal to the pull of adulthood. These are the themes I was interested at the time; when I walked by that pizza parlor, the whole place was lit up by their energy. 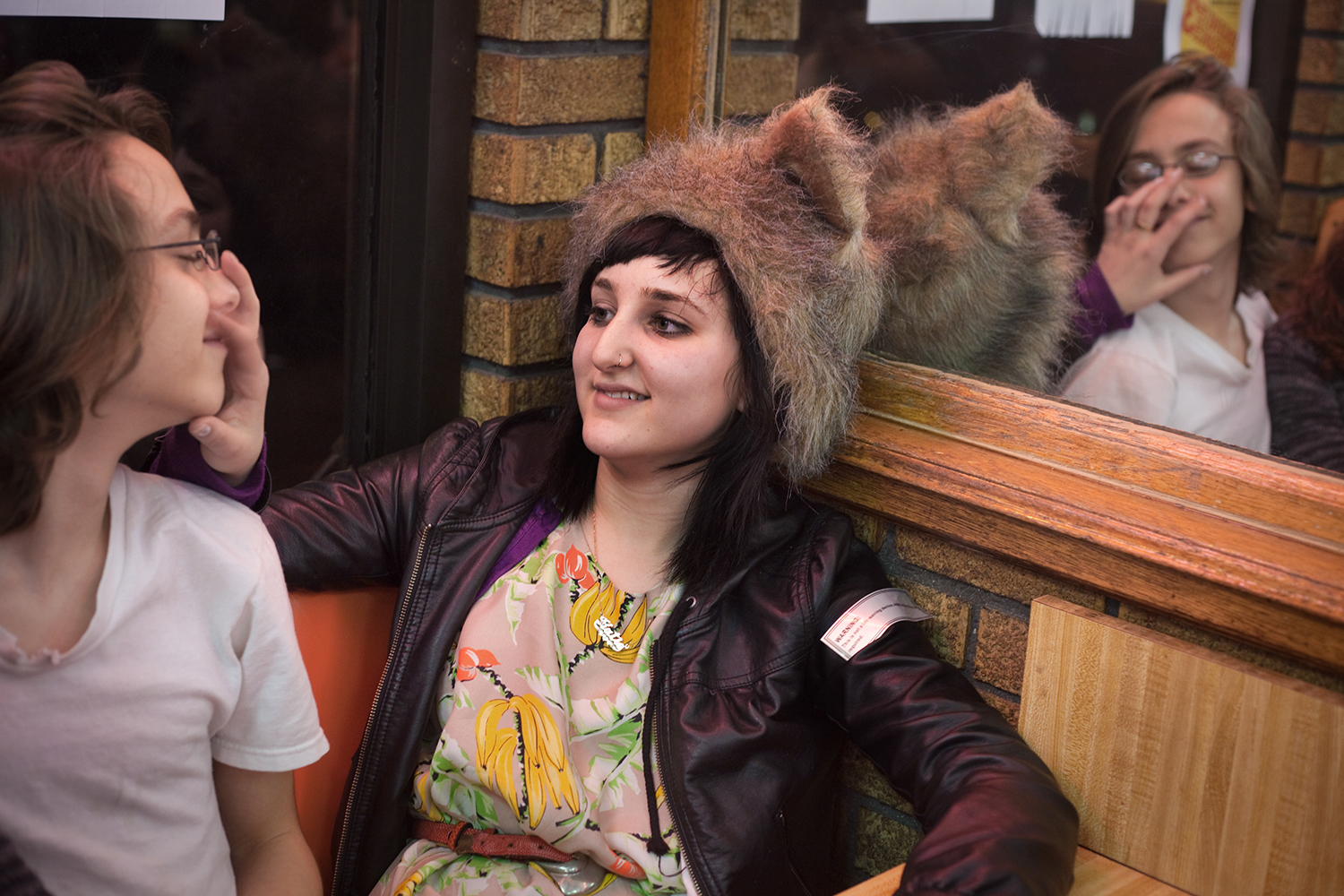 C: What was your teenage experience like and how did it frame how you viewed these girls’ lives?

IPL: I spent my teenage years in a small college town in western Massachusetts. I did my fair share of boundary pushing, but never went too far. Like the principal girls I photographed, I had supportive parents who looked past my developing brain to who I really was. One thing these Brooklyn teens had that was very different from my upbringing was the backdrop of New York City. I think because of the diverse urban influences and the ease and freedom of transport with the subway system, their lives at fifteen were more like mine at seventeen or eighteen. But I think we struggled nonetheless with similar issues and concerns. 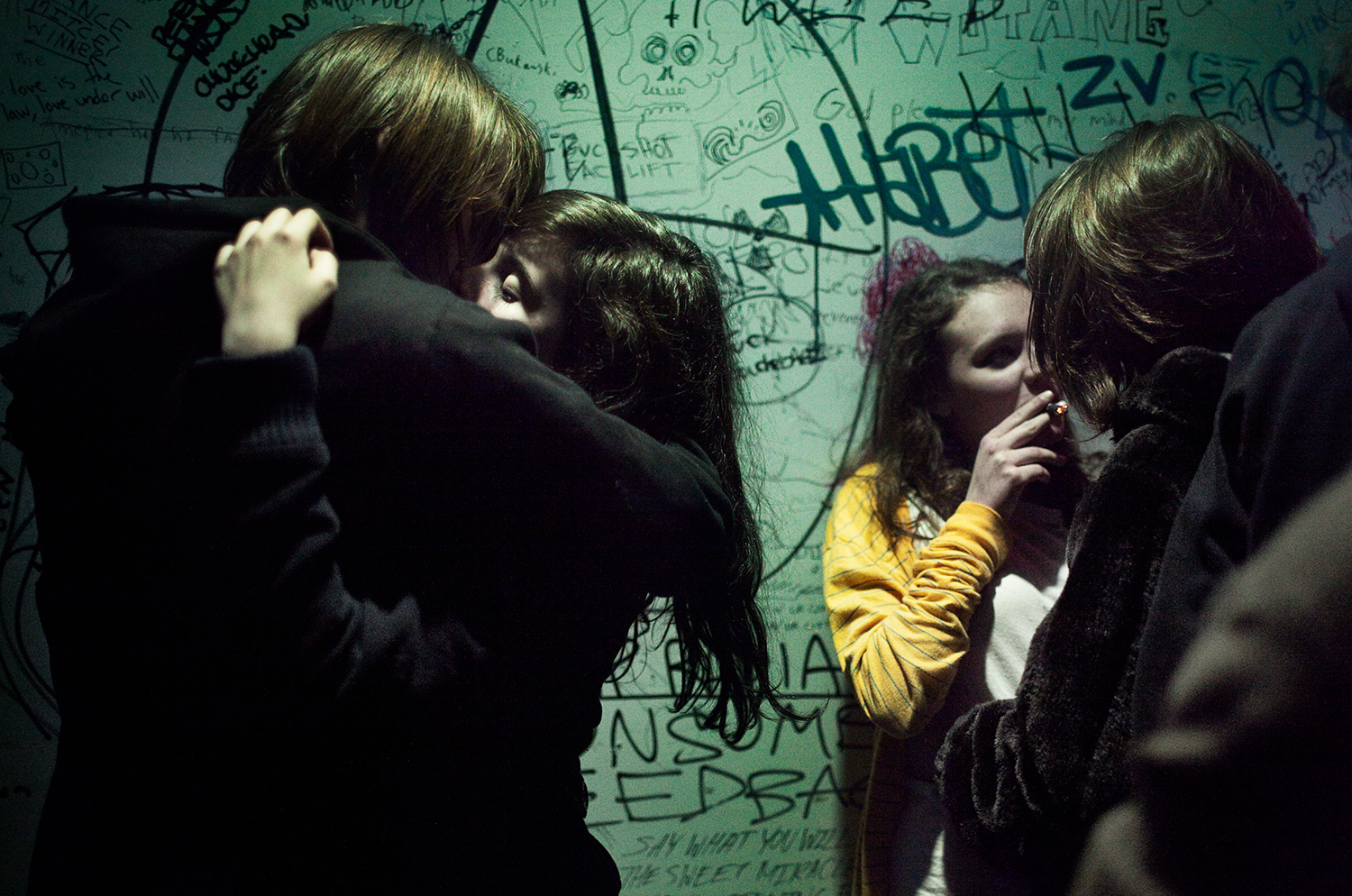 C: What’re your impressions as to what it’s like to be a teenager today in New York?

IPL: When I talk about this project I’m always very careful to point out that this photo essay focuses on a very small corner of teenaged culture in this particular neighborhood in Brooklyn. I would never make generalizations about teenagers in New York because it’s probably one of the most diverse urban places on earth. This particular group of teens, however, is made up of remarkably savvy and mature individuals who just happened to have this somewhat delicate transition from childhood into adulthood documented. C: There’s a lot of moral handwringing that goes into most stories about teens. But, your images never seem critical, despite showing some pretty candid behavior. How did getting to know these girls and getting some context to their lives effect your understanding of their social behavior?

IPL: I think it helped that I wasn’t THAT much older than they were at the time. I have ten years on them, but I could still remember what it was like to do all those teenager-y things. I’m glad it shows in the photographs that I wasn’t critical, because I truly never judged them. They were smart kids making mostly good decisions—and it helped that they knew the NYC subway system better than I did—that always impressed me. 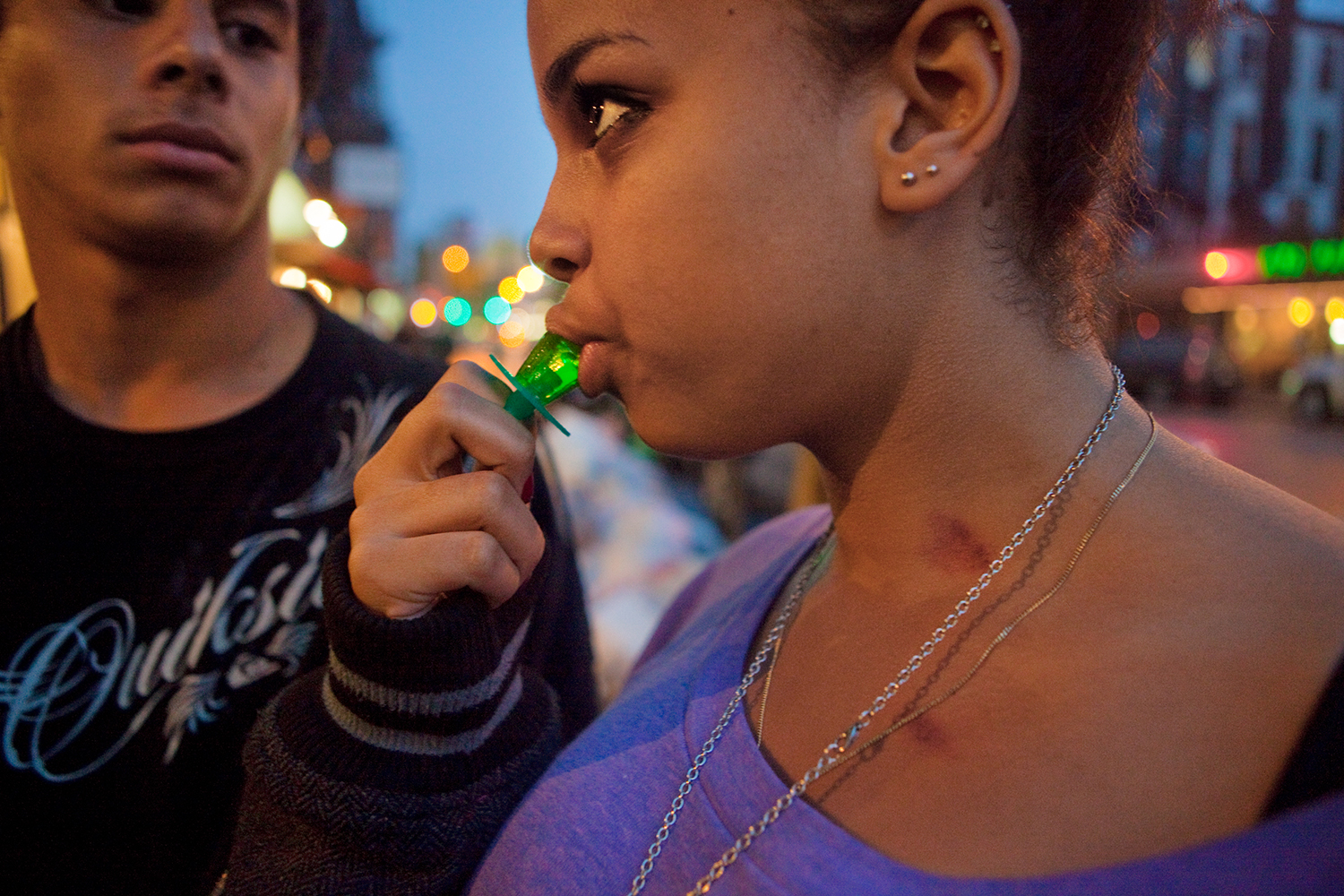 C: How did their parents react?

IPL: The parents of the three principal girls I followed were always supportive. I think they understood the project from the beginning and there was only one instance where a parent asked me not to publish something (and I didn’t). Not only did these parents understand the project, but they also got to know and trust me. They knew that I was not there to enable risky behavior and they knew that I would be the first to step in if I saw real danger. Not to mention the fact that these savvy girls have savvy parents who knew, for the most part, what was going on with their kids. 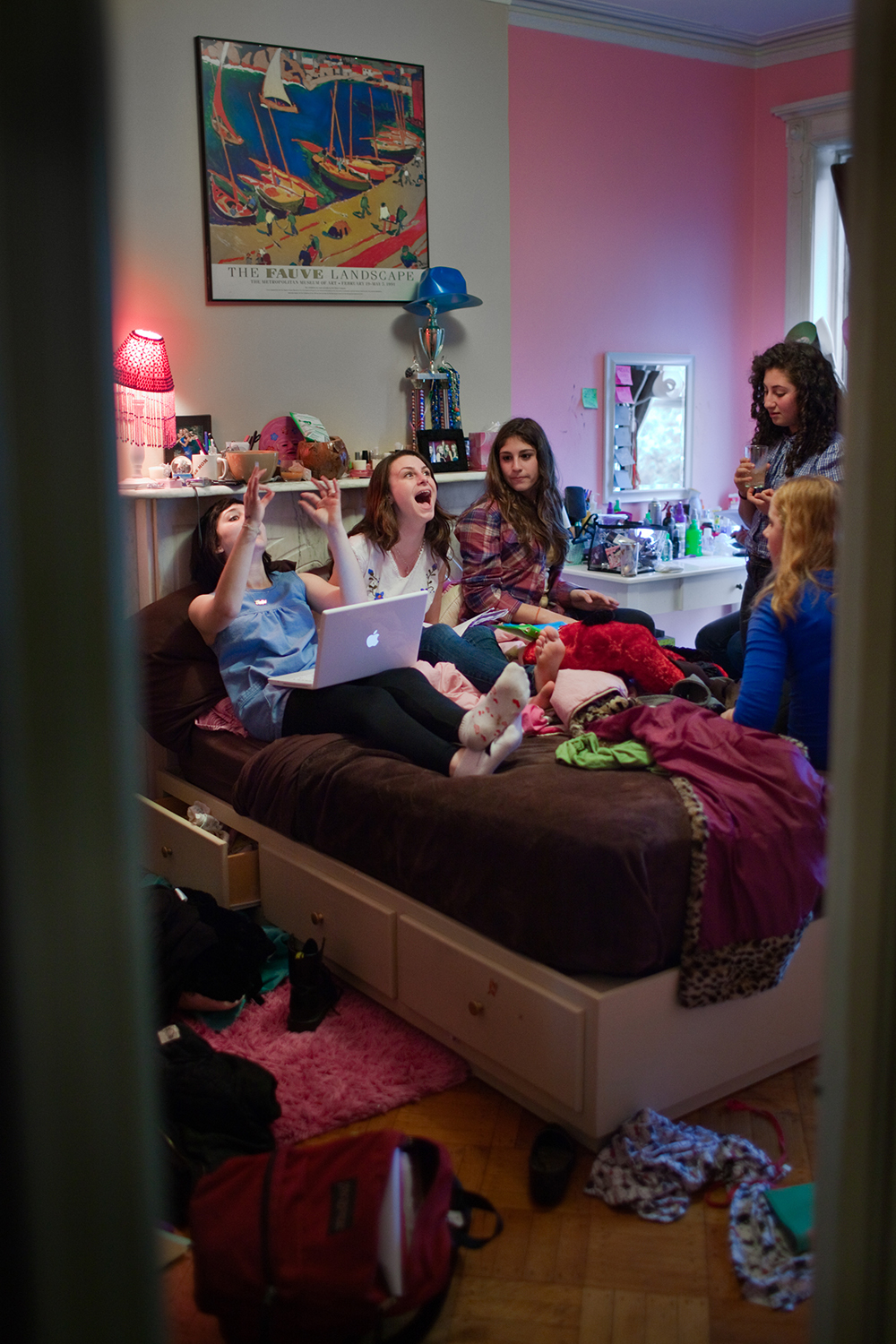 Ilana’s work has been featured extensively in the New York Times, and the Fifteen project has since extended from Brooklyn to Palestine. You can see more on her site here.

Teenage is coming to New York City on March 14th at Sunshine Cinemas.