Born in Dallas, Texas in 1983, Ronny Long is a self-taught artist whose work revolves around horror, wrestling and Bigfoot. Ronny was most prolific from the ages of nine to sixteen and an exhibition of his work from this period, My Life on Earth 1991-2002, opens at The Horse Hospital in London on October 15th. I talked to Ronny about what it feels like to have a retrospective of his teenage years.

Mike Sperlinger: Did school allow you to channel your creative energies at all, or was it an obstacle?

Ronny Long: I wouldn’t say that school itself allowed me to do what I wanted to do, because a large part of school is spent doing things you don’t want to do, around people you don’t like. I always thought the art classes were very simple and boring, and the teachers were quick to point out anything you did that was remotely offensive, because the teachers were always big on discipline and punishment. For that reason I looked forward to getting home from school and having days off, that’s when I could work on my own projects and ideas. I did take a building trades class my final two years of school, and in it built all sorts of props for my movies in that class. 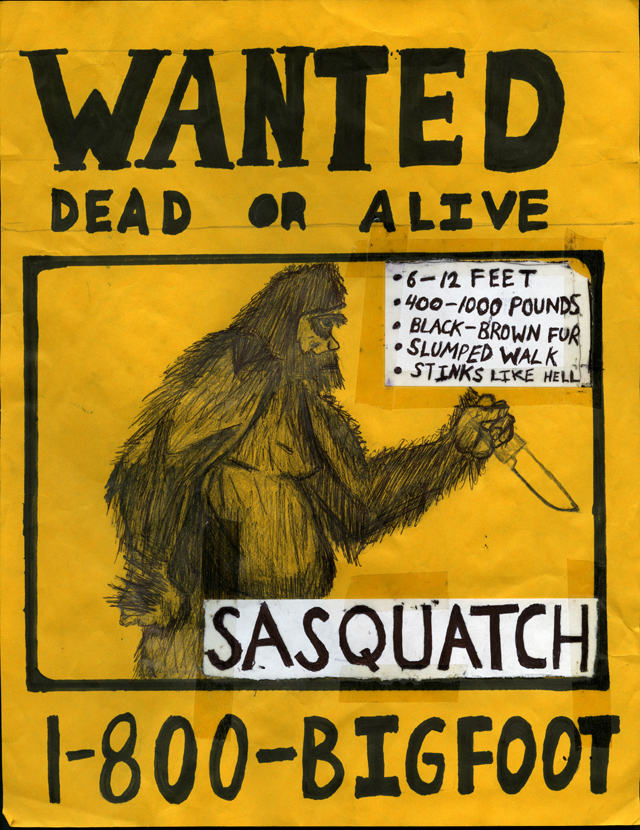 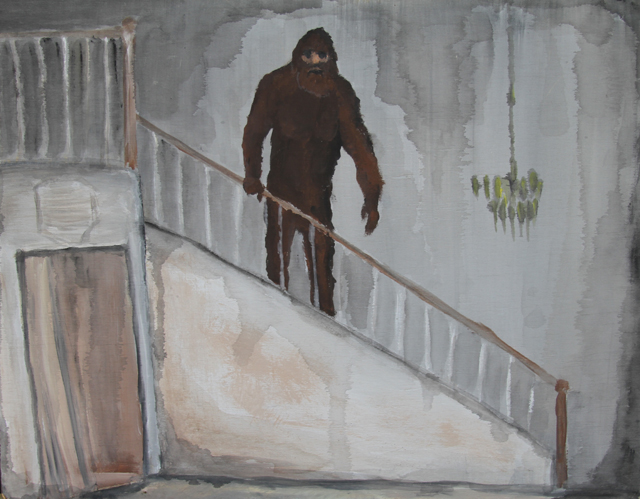 MS: When did you first get interested in Sasquatch?

RL: It was during the late 1980s, so I would have been around six years old. While on a vacation my cousin told me about the “abominable snowman” and I didn’t understand any of it, and had nothing but questions over it. Returning home I borrowed a book from the library about Bigfoot and I was instantly fascinated as well as frightened by the whole idea of a wild beast roaming the forests of North America. 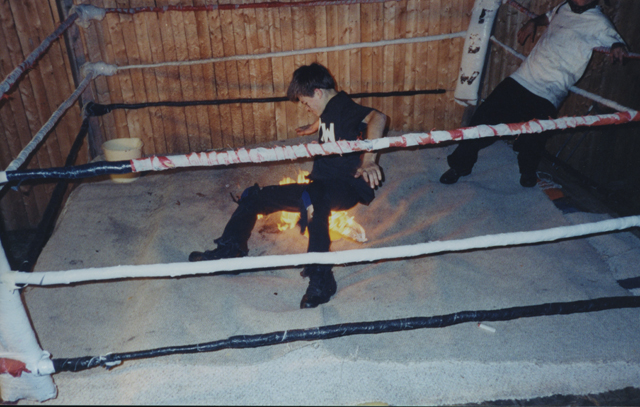 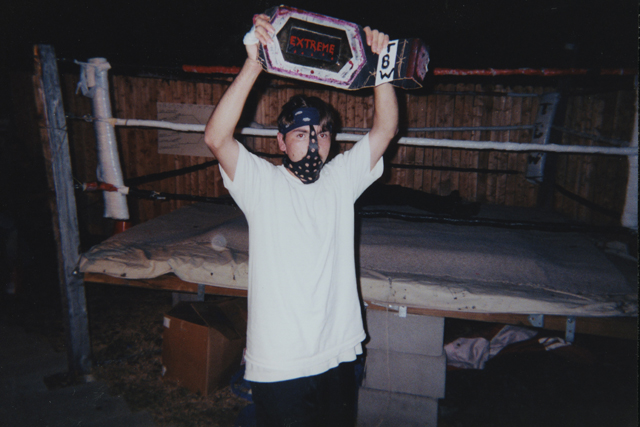 MS: How did you go from being a fan of professional wrestling to setting up your own backyard federation?

RL: Wrestling is one of those things a viewer sees on television and then immediately turns to a friend, or whoever is in the room, and tries to replicate a move on them—kids and adults both, it’s very addictive. So playing wrestling was always there, and I had the friends to go along with it. What really started our wrestling organization was knowing the camera was there, and wanting to make the production seem as professional as possible. As time went on, the sets, costumes, ring, production all got more elaborate. I devoted so much time to developing the whole idea of wrestling in my backyard. 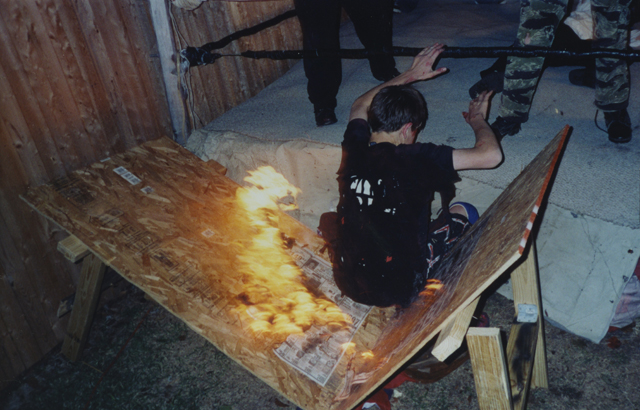 MS: You made pretty early use of the internet to promote your federation, right?

RL: I started my first web page in 1997 and within a few months I was receiving several orders a week for video tapes, which I would crudely edit together using two VCRs. Video on the internet was pretty rare during that time, so I would rely on pictures and written accounts of the wrestling events to let everyone know what was going on. Then came the tabloid companies who would buy pictures from me after seeing my website, and the TV news programs—and when people saw those, they would come back on the internet looking for my web page wanting to buy videos. It reached a pretty vast group of people. Looking back I would say being on the internet in those days probably worked too well for my own good, because I would push the danger level to make the wrestling more appealing. 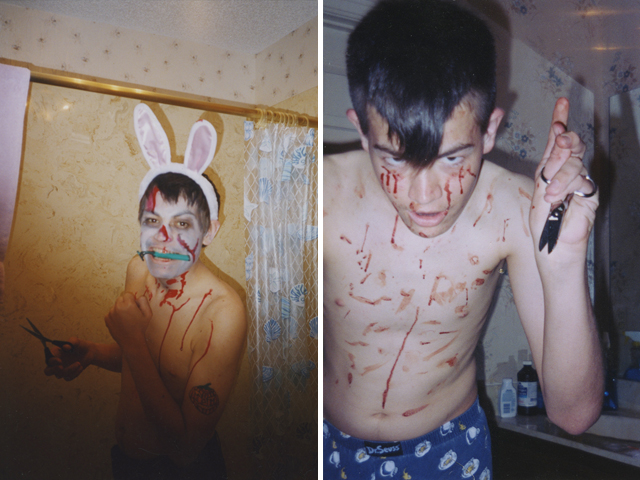 MS: Was making horror films a natural extension of what you’d been doing with the Sasquatch studies and the wrestling?

RL: My initial intentions with making horror movies was as a way to transition my wrestling federation into a horror-themed league of fighting monsters, where it would be more like a stage show or play. So I started shooting vignettes for the different monsters, and eventually I just forgot about them wrestling or fighting and just wanted to make movies. I think horror movies appeal to teenagers more so than any other group, so it was something I instantly liked doing. The horror movies didn’t really have anything to do with Bigfoot though. 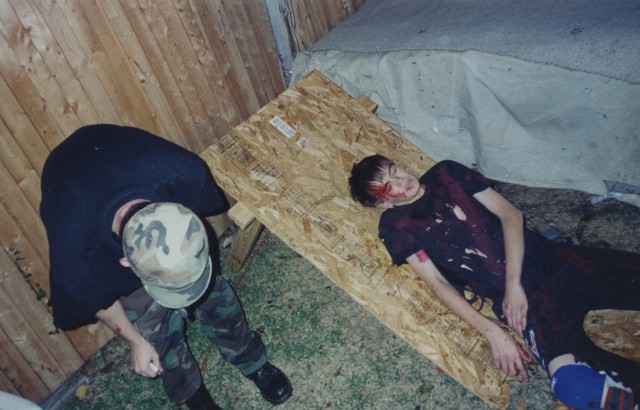 MS: What do you think it is about adolescence which made it such a productive time for you?

RL: I think that as a kid your mind is hungrier than it will ever be at any other point in your life, and you just want to quickly learn more and more. As an adult you can look at a subject like Bigfoot or wrestling and sum up an opinion on it pretty quickly, and be done with it. But as a kid your mind just dwells over stuff like that, or mine did anyway. And if you’re a productive, artistic type, and have the opportunity to construct anything, it just naturally happens without intention. I was also fortunate enough to have limited discipline imposed on me as a child, so I could get away with doing things at my house that most couldn’t. 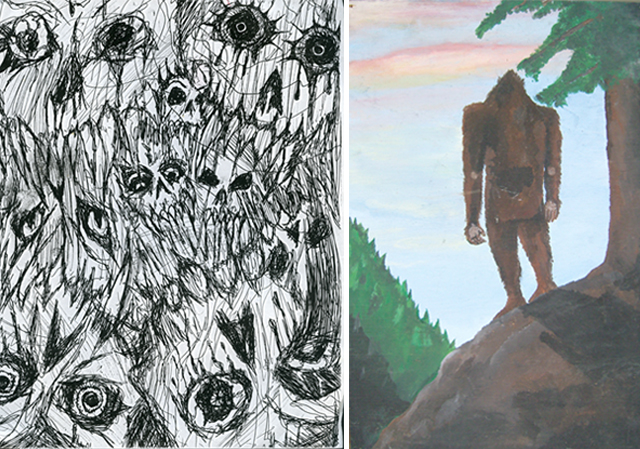 MS: How do you look back on your teenage years now? And how does it feel to have an exhibition dedicated to them?

RL: I feel like my teenage years were a lot of exhausting work, because that’s how I made them, and I think everyone looks at there teenage years and has parts they would rather forget about. Sometimes as a teenager I would be working on a project, devoting all sorts of time to it, wondering if I should be doing something else, like going to parties or whatever the other kids were doing, as if I was missing out on ‘life’ – was I making the right decision doing these different things or would I regret it? So to know that now, somewhere down the road, people are finding what I did as a kid interesting and want to look at it—it’s like finally I get the answer that there really was something to it, and my time wasn’t wasted during those years. But at the same time, it’s kind of sad for me in a way to look at it all, because it’s like this adventurous mischievous child no longer exists, it’s over—the way a funeral feels, not the good ones where you’re happy to see them go, but the truly sad ones. 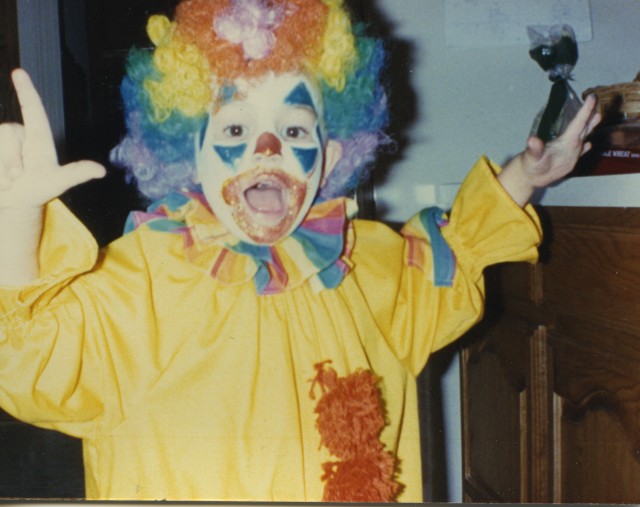 Watch Ronny and friends in action—here’s an excerpt from “My Life on Earth” by Ronny Long, a collage film made from footage shot during his teen years around obsessions with wrestling, horror and Bigfoot.

—Mike Sperlinger works for LUX, a distributor of artists’ films based in London. He recently shredded his teenage diaries.