In June 1964 Freedom Summer was born. The United States launched a campaign in Mississippi to register as many African American voters as possible. Freedom Schools, Freedom Houses, and community centers were also set up to help support the local black population. Thousands of black Mississippians volunteered to help the project, along with thousands of out of state volunteers… most involved were young people. Unfortunately, the ugly white establishment were not welcoming to the Freedom Summer ideals and its out of towners. Harassment and violence surrounded the ten week project. In the end Freedom Summer failed to register many voters but brought media attention to the conditions of African American life in Mississippi, and Americans felt shame. Take a look at the brighter side of the Freedom Project, via in the University of Southern Mississippi digital collections— 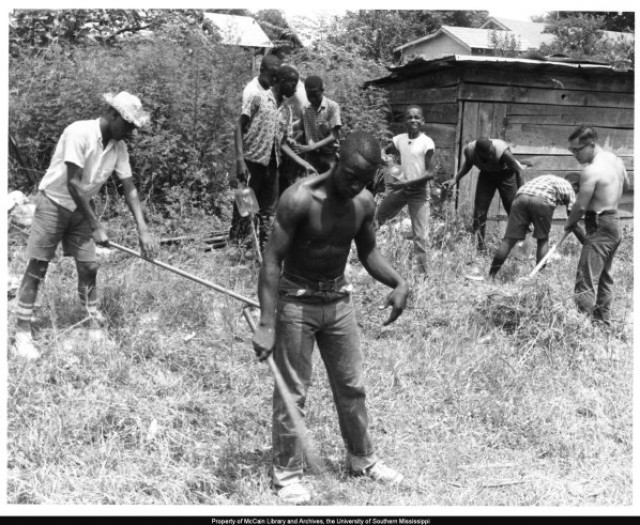 A group of local African American male teenagers and boys and one volunteer worker with rakes and scythes to clean the yard of the COFO-Hattiesburg Project’s second community center. 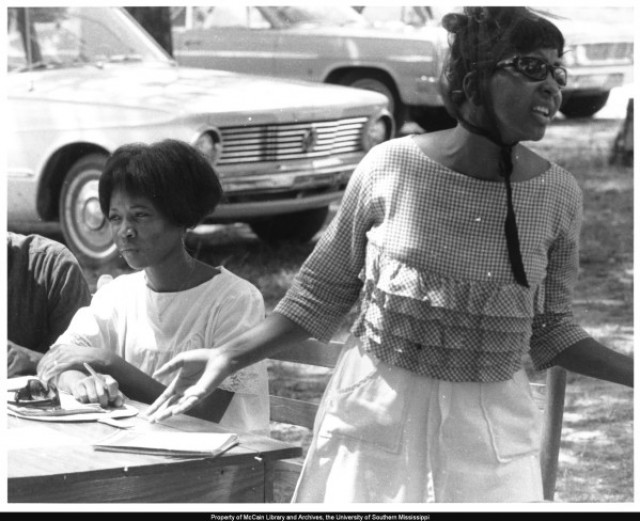 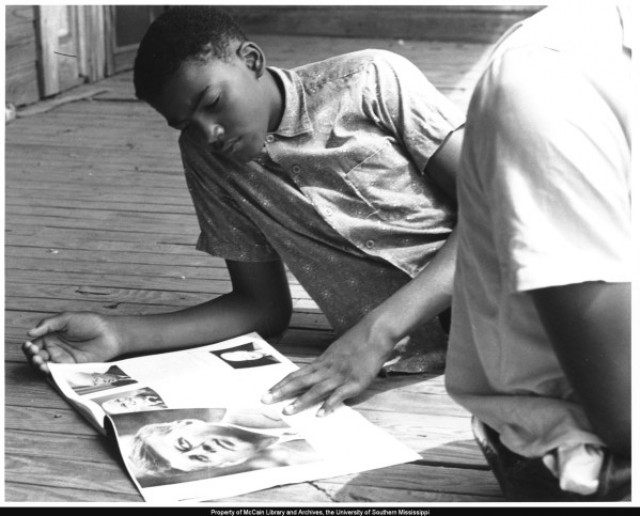 A photograph of John F. Kennedy fills the left page of the magazine. Prior to attending Freedom Schools, many African American teenagers in Hattiesburg had never seen Ebony magazine. 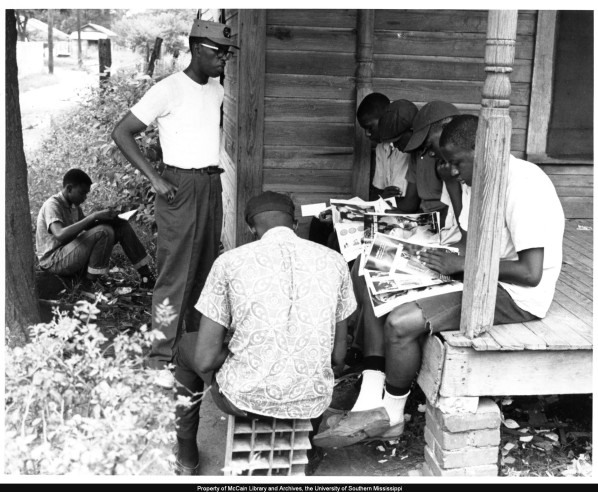 Students in a Freedom School class taught by volunteer Arthur Reese read copies of Ebony magazine on the front porch of a house in Hattiesburg, Mississippi. 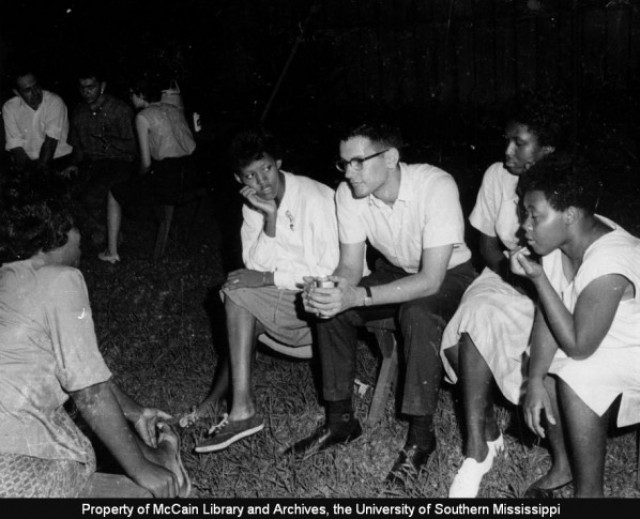 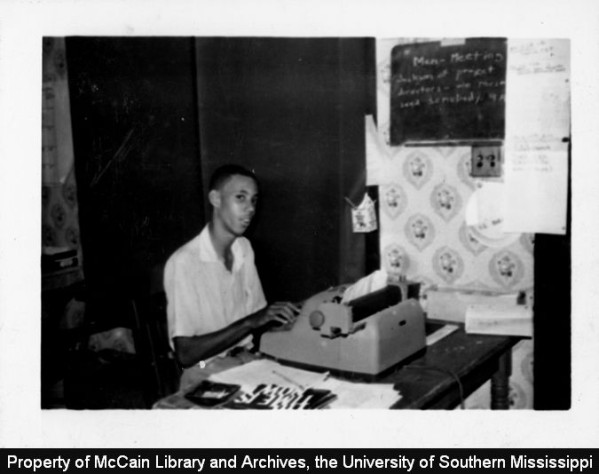 An unidentified African American boy at typewriter, most likely at the Holly Springs Freedom House. 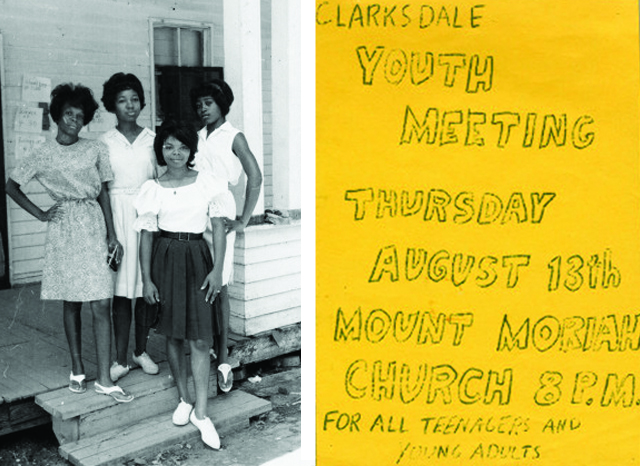 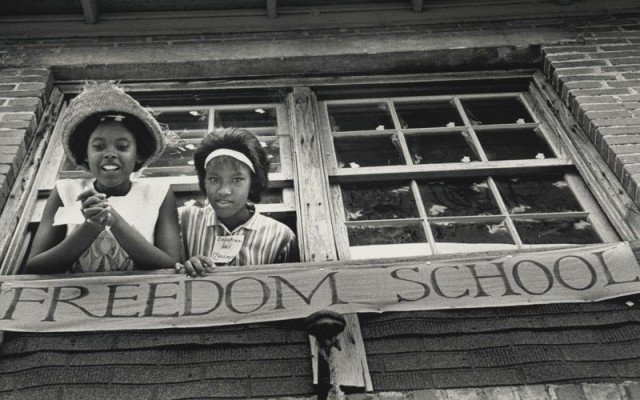