K-Hole is a collective of artists and trend-foreasters, whose latest work “Youth Mode: A Report on Freedom” is available to download. I think it’s an essential treaty on modern youth culture. K-Hole isn’t performing conventional market research–they’re writing speculative fiction that blends the rhetoric or art and commerce. I talked to K-Hole about their fascinating work and a new model of youth.

Matt Wolf: In my film Teenage, we discuss how the modern teenager was largely an invention of consumerism and marketing. Today’s trend forecasters are obsessed with understanding youth because they’re such a powerful demographic. How is K-Hole’s work different than traditional market research?

K-Hole:The way that trend forecasting works commercially is that it aggregates data or examples of emergent trends and then suggests their application to clients in a “what this means for your brand” synopsis. In our reports we try to avoid being prescriptive, presenting analysis of how corporate and consumer decisions are being made while not explicitly telling you what to do with this knowledge. You could also think of it as a form of speculative fiction. 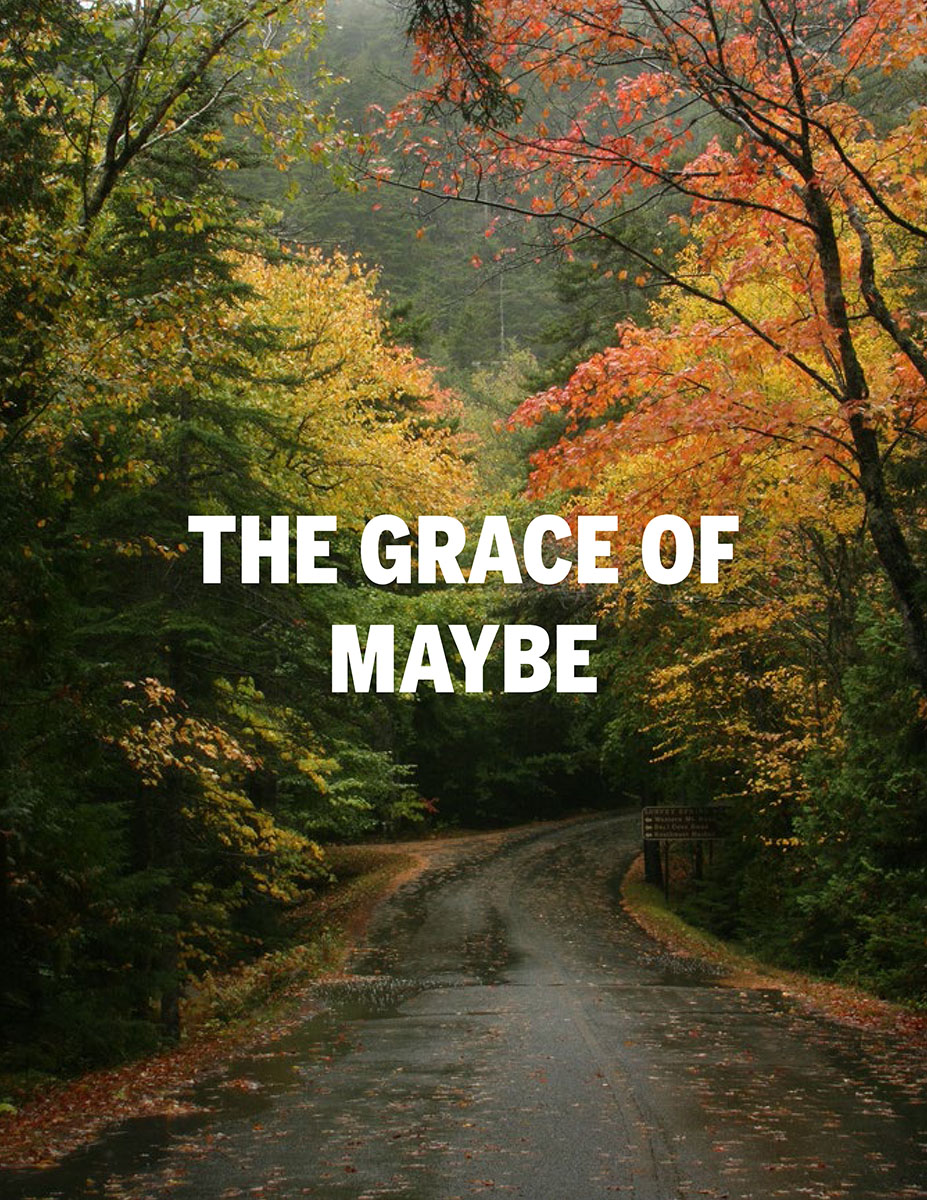 KH: Youth stopped being an age when the cultural scripts that went with being a specific age went to shit. Baby Boomers, Millennials, ‘Digital Natives’ and everyone else are using the same technologies, consuming the same media, and interacting using similar strategies on and offline. You can’t really point fingers at one generation or the other for not acting their age. But in a more narrow sense, youth became a mode when marketers started to play towards the affinities of young people and, in doing so, invited everyone to be young.

MW: In Teenage, I’m arguing that the early youth movement was spawned by disenfranchisement. That young people struggled to be treated like equals, and that there’s intrinsic politics in “teenage rebellion.” But you guys say that the freedom young people are after isn’t political. What does youthful freedom look like when it’s not political?

KH: It’s not that it isn’t political — it’s that it’s disconnected from politics. It often looks a lot like what’s implied in the Levi’s Go Forth campaign – the emancipation from boredom and tradition and the choice to relate to the world on your own terms. This is the freedom that was fought for in the early youth movement after it’s been digested and fed back out as a commodity. We wanted to be clear that the freedom that we’re discussing is freedom from consequences – unlike freedom from the struggle against disenfranchisement and oppression.

MW: A lot of times, adults look at new trends in youth culture with sadness and condemnation. Some of the emotional qualities you describe in the Youth Mode report are blankness, post-aspirational, maxed out. Do you think the establishment looks at the new youth mode moralistically? Do you guys have an emotional relationship to youth?

KH: Criticisms of younger generations as being entitled, lazy and narcissistic haven’t changed much over time. But blankness and being post-aspirational are both positive traits that are well suited to deal with the current VUCA (volatile, uncertain, complex, and ambiguous) state of affairs. Youth comes with intense and ambiguous feels, anxiety being one that’s very important to us. 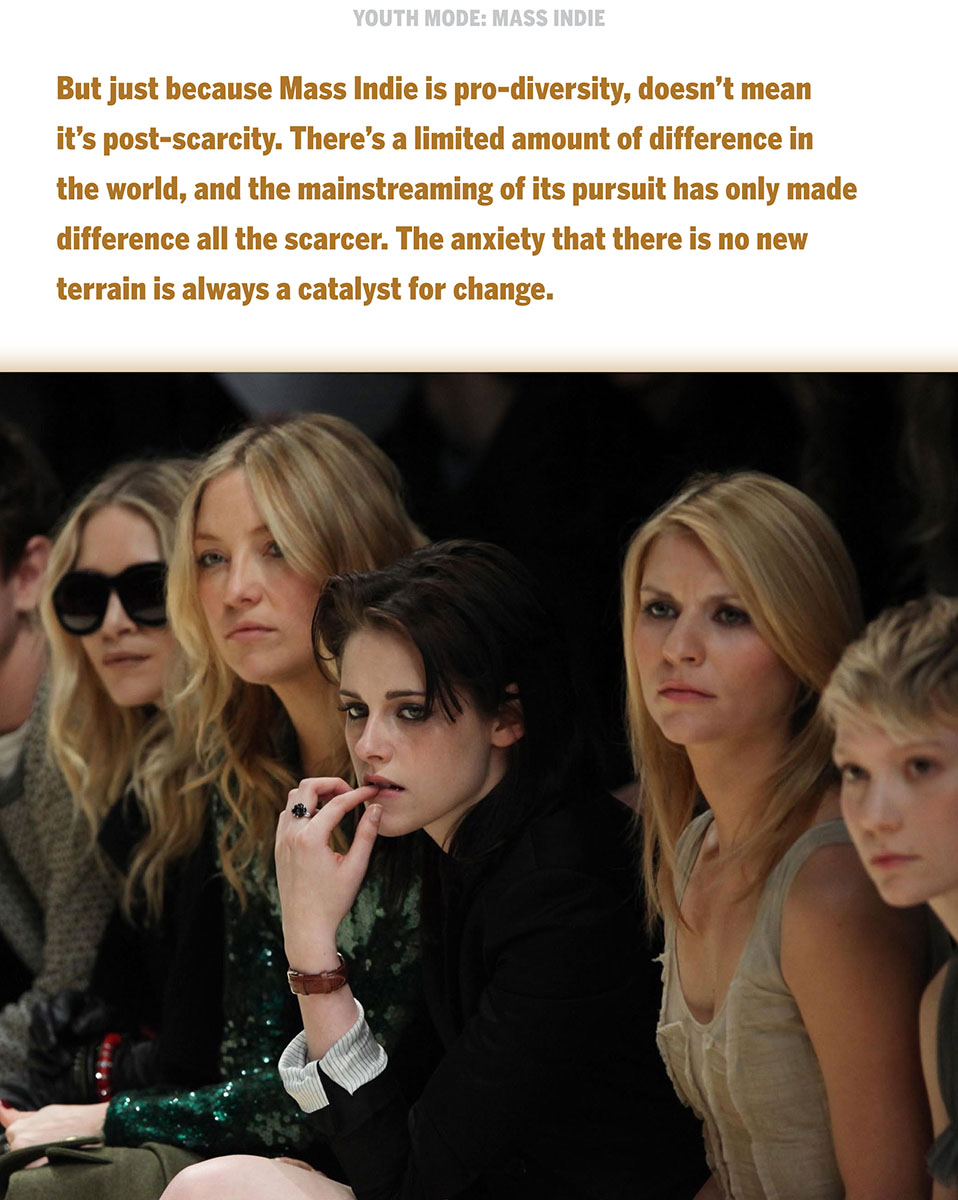 MW: K-Hole’s idea about “normcore” recently went viral. In a sense is that the goal of K-Hole– to invent terminology and ideas that feed into popular culture? What is normcore, and are any of your ideas getting lost in translation?

KH: #normcore, which is a bit different than our original idea, went viral for a few reasons. The dialogue surrounding it definitely hit a lot of nerves surrounding class, privilege and status. The standalone term is an oxymoron that is fun to manipulate like a meme. And it’s obviously really broadly funny that young people are trying to make dressing like Jerry Seinfeld a cool, subversive cultural movement. But our goal has always been to provide tools for looking at the commercial world around us, not systems for labeling and grouping individuals.

In our report, Normcore is a form of situational adaptability that allows you to engage lots of different types of people. It privileges communication, empathy and a sense of belonging over the fear that you aren’t authentic enough — or that you’re too complex. In the report we talk about Mass Indie times — when everyone tries to be different — and a strategy called Acting Basic — a 180° response to Mass Indie that rejects difference by trying to look blank. But Normcore isn’t really a look, it’s the celebration of fluidity, adaptability, inconsistency and complexity. Most of what’s been called #normcore is actually Acting Basic. 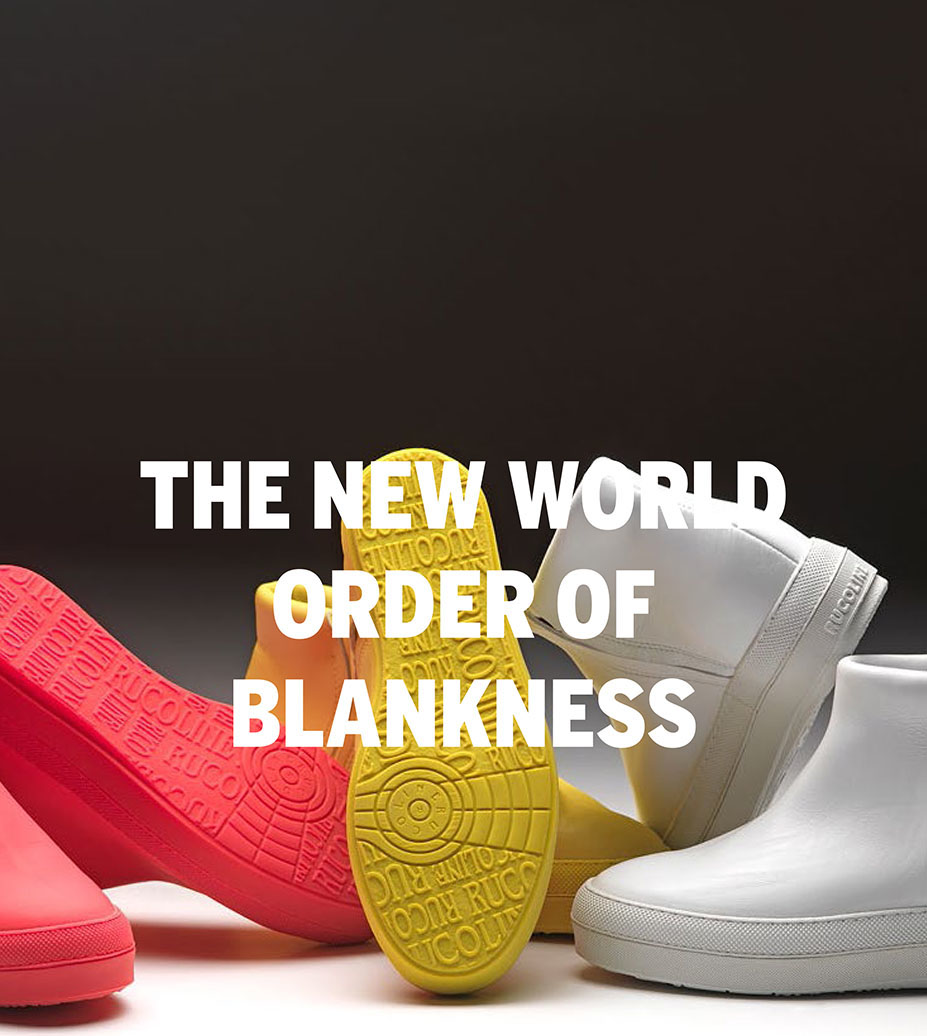 MW: I figure it won’t be long before conventional advertising agencies and brands come to you guys for your expertise. Can K-Hole mix art and commerce in the literal sense, or are your research endeavors exclusively conceptual?

KH: We started K-HOLE with recognition that the worlds of art and commerce are not as separated as we’d like to believe. We wouldn’t be doing our job if people weren’t confused about which world we exist in. We started K-HOLE because we were noticing the crossflow between these worlds and its effects, and rather than deny that this exchange is happening we wanted to confront it head on.

Teenage is now playing at Sunshine Cinema in New York and will open in LA this Friday at the Laemmle Noho 7.