Seventeen year old Jinan Younis recently wrote an eloquent and powerful piece for The Guardian about her experience starting a feminist society at her all-girls school in the UK after being harassed by grown men on a school trip. It took a year to get her group approved and it still has little administrative support. In her piece, she describes the deliberately degrading, and sexually explicit forms of violence and oppression she and her fellow feminist students have experienced from their male peers and over the internet, and looks at the long road ahead.

Here are some particularly striking quotations and images by Janin that illustrate her points, including photos she took for the group’s participation in the Who Needs Feminism project, which she says resulted in “a torrent of degrading and explicitly sexual comments.” There are some words of encouragement to be found in the comments too. 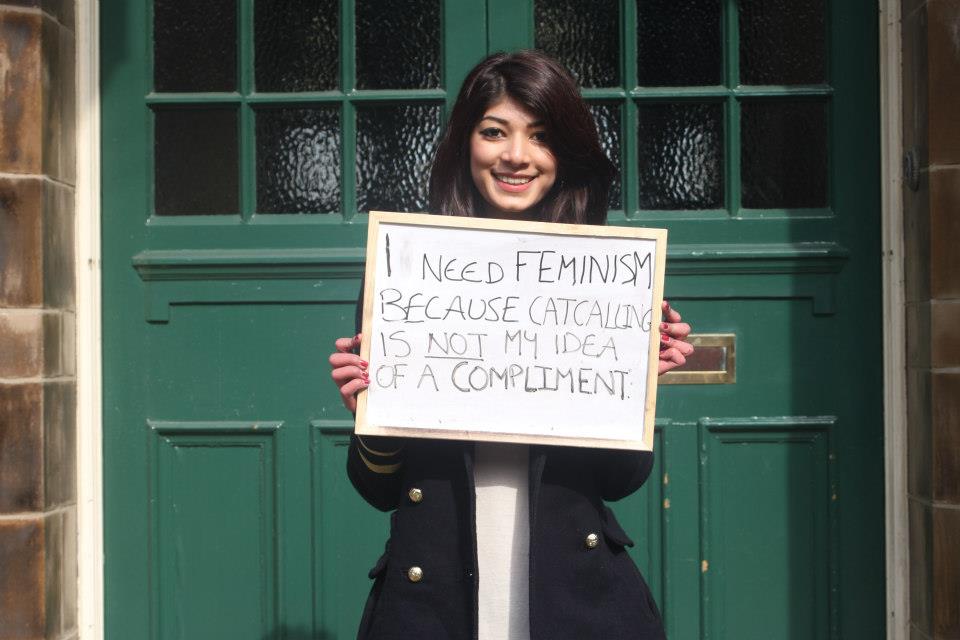 “After returning from this school trip I started to notice how much the girls at my school suffer because of the pressures associated with our gender. Many of the girls have eating disorders, some have had peers heavily pressure them into sexual acts, others suffer in emotionally abusive relationships where they are constantly told they are worthless.” 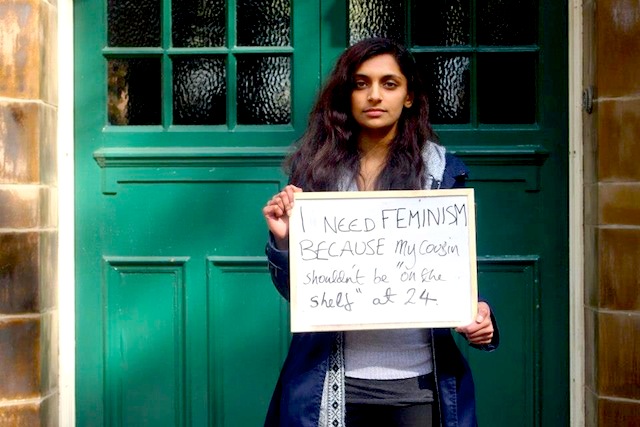 “What I hadn’t anticipated on setting up the feminist society was a massive backlash from the boys in my wider peer circle. They took to Twitter and started a campaign of abuse against me. I was called a “feminist bitch”, accused of “feeding [girls] bullshit”, and in a particularly racist comment was told “all this feminism bull won’t stop uncle Sanjit from marrying you when you leave school.” 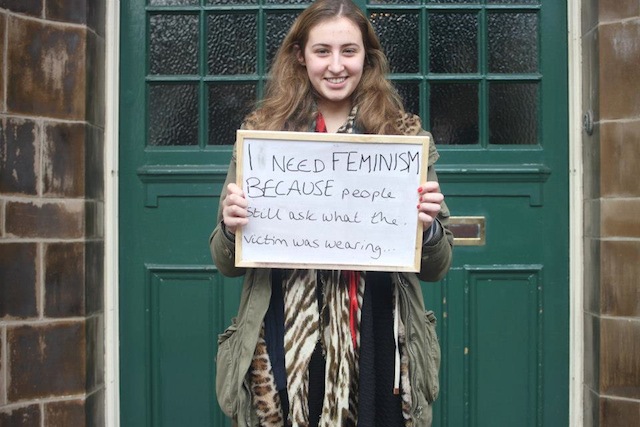 “I fear that many boys of my age fundamentally don’t respect women. They want us around for parties, banter and most of all sex. But they don’t think of us as intellectual equals, highlighted by accusations of being hysterical and over sensitive when we attempted to discuss serious issues facing women.”

“We, a group of 16-, 17- and 18-year-old girls, have made ourselves vulnerable by talking about our experiences of sexual and gender oppression only to elicit the wrath of our male peer group. Instead of our school taking action against such intimidating behaviour, it insisted that we remove the pictures.” 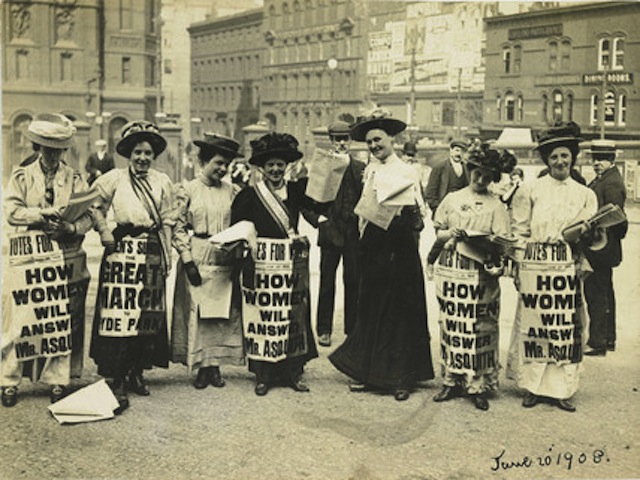 “It’s been over a century since the birth of the suffragette movement and boys are still not being brought up to believe that women are their equals. Instead we have a whole new battleground opening up online where boys can attack, humiliate, belittle us and do everything in their power to destroy our confidence before we even leave high school… It is appalling that an institution responsible for preparing young women for adult life has actively opposed our feminist work. I feel like the school is not supporting its girls in a crucial part of their evolution into being strong, assertive, confident women. If that’s the case for a well-established girls’ school, what hope does this generation of women have in challenging the misogyny that still pervades our society?”

Via The Guardian, Who Needs Feminism UK and The Museum of London.