Talking to Tavi Gevinson is like playing badminton blindfolded with the world champion. You are always two references behind and trying to come up with a comeback that is half as funny. Her voice is deep and each sentence is punctuated with lots of “you knows”s and “I mean”s and heavy doses of sarcasm. She is a fascinating anomaly, a teenage girl with the talent and drive of someone much older. Her presence is unassuming yet as soon she speaks, you know that she is in control of her universe and beyond smart. She has a passion for culture, past and present, and she dances between 90’s teen witch sitcom references, quotes from Beyoncé songs, and heavy-duty feminist theory.

For those of you who don’t know, Tavi Gevinson began her wickedly smart and funny blog, Style Rookie, at age 11. On the blog, she covered fashion and posted photos of herself.  Her singular style and voice garnered the attention of publications including Vogue, The New Yorker, and The New York Times fashion magazine. She has also inspired legions of young girls to become interested in fashion and feminism. Now, at fifteen, Tavi has started her own magazine, Rookie, which has smart, real, and very relatable articles about modern teenage life.  Naturally, she is a perfect fit for Teenage! So voila — the smart, funny, and delightful Tavi:

Izzy: What made you want to start Rookie?

Tavi: I found out about Sassy and discovered teenager culture like Freaks and Geeks and couldn’t find a current equivalent. I mean there are a lot of current magazines that I like but there wasn’t anything that I thought satisfied the need for a more honest tone when it comes to talking about being a teenager and being a girl. On one hand it’s just what I want to read. Mostly I saw a void. I don’t think we fill it entirely, I mean, we can’t be everything for everyone, but that’s why I hope that people don’t really think of us as some kind of authority. Rather, that we will inspire people to find their voice and their own creative outlets or start their own site or whatever. 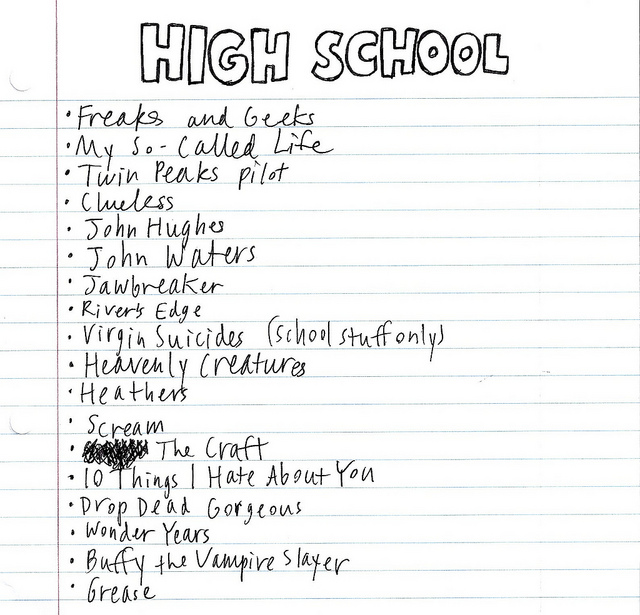 I: How has your blog changed as you have grown up? As a young musician I feel like people expect me to make the same music I made when I was 12, and then they get pissed off when I change. Do you feel like people have certain expectations of you?

T: It was super weird when I went on the Early Show, because they had this montage at the beginning that was all these old photos and videos, that were really different looking and from when I was really small. I remember taking those photos and videos and writing my blog and thinking wow these are going to be really embarrassing one day, but hey I don’t take myself too seriously. Thankfully I still don’t, but it was still weird sitting there getting ready to talk on TV and seeing all that flash by in the two minutes. I don’t go back and read my blog at all. I used to dress weirder and I know that’s why a lot of people liked me, but I also know people liked that I was honest, even about being insecure, which is why I don’t feel too bad or like I’m not being myself now that I dress more conventionally. Part of it is that my tastes have changed and part of it is that it was so much easier, to be like “screw what people think” when I was 12. I revisit the “grandma on ecstasy” now and then, but it would be harder to get these ideas about feminism out there in a fashion context because then you just become this weirdo who people block out. I don’t think you have to succumb to that, but if you want people to listen to you, it’s the reality and it sucks, but you have to do it. Something like the Early Show, I’m okay with making those compromises because I think Rookie could be a positive thing for a lot of people. If I had gone on the Early Show dressed like I used to, then the girls who don’t know there’s another option than Seventeen would probably think that Rookie was a site for freaks.

I: Is that comprising your integrity?

T: It’s a way to reach more people. Which obviously does good things for the site as a business, but we also have a message I think more people should hear. As long as I know my reasons for doing it I don’t think it’s a compromise of my integrity.

I: So you want to reach more girls with Rookie?

T: I mean if I was just doing my own blog right now it would be different for me to start trying to attract a mainstream audience because what do I care? Its just me babbling on about stuff I like. But with Rookie I want it to do well. I really want the girls who see this to not be like girls on Tumblr who already know about Riot Grrrl, I want girls who read stuff about needing to do ab workouts to get ready for swimsuit season to know that that’s not the only option.  I mean one person responded to this post on Rookie that I wrote about when you are a girl growing up and you notice people noticing your body and this person was like, I know that this sentiment has been expressed in things like Slutwalk and on tumblr, but its good to see it in this mainstream outlet. That’s what I want to do with it.

I: Why do you think there is more overlap between mainstream and alternative culture?

T:  I think it’s because of the Internet, and I’m okay with that. I think that those kinds of generalizations can be kind of dumb and can keep people from discovering something awesome. One girl emailed me once and was like “Freaks and Geeks is going to be on Teen Nick, I am so insulted, its going next to shows like Zoey 101,” but I think the world would be a better place if more people saw Freaks and Geeks. So I guess with Rookie I’m trying to attract more people with the more mainstream interviews/music and then maybe turning them onto something they might not have realized that they would have liked before. 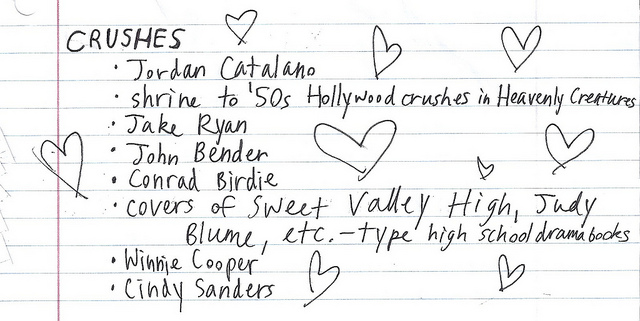 I: Is there a strong feminist aspect to Rookie?

T: We try to do everything through a feminist lens. To get the message across, I don’t think the right thing is to just hand over the feminist guidebook and say these are the rules, here is the history, this is what you have to do. As a teenager, when something really sucks, when there is a way to make a link from the political aspect of feminism to the personal aspect that’s way more helpful than being preached to. Comedy is very effective, we have lots of satire pieces, a recent one satirized diets in women’s magazines and another was dating tips from a middle school boy. Each time there were a few adults who commented and were like “you shouldn’t be making a joke out of these serious issues, you should be looking at why people actually do these things,” but I honestly don’t think that is the most effective way, then people just put something into the political block and don’t listen to it. Phrases like girl power or be yourself, don’t mean anything when you don’t know how to translate them. Which is why we try to write about experiences that girls can relate to.

I: What music/books/movies inspire Rookie’s aesthetic?

T: I’m trying to make Rookie have all of the advantages of being online mixed with some of my favorite things about print magazines. I like how magazines have such a strong mood each issue, so for us each month is a different issue. At the beginning of each month you see a calendar, which gives a tiny preview of what to expect each day, and I’ve always made a lot of mood boards and been obsessive about organizing my aesthetics around the season, so Rookie is really satisfying in that way. So for October our theme is “Secrets” and it’s Halloween month so we have images of Hermione Granger, Rosemary’s Baby, an Ouija Board, the Craft. So it changes all the time but overall we try to mix the mainstream and alternative. Trying to combine the two is helpful for publishing online because those kinds of lines aren’t as harshly defined as they used to be. 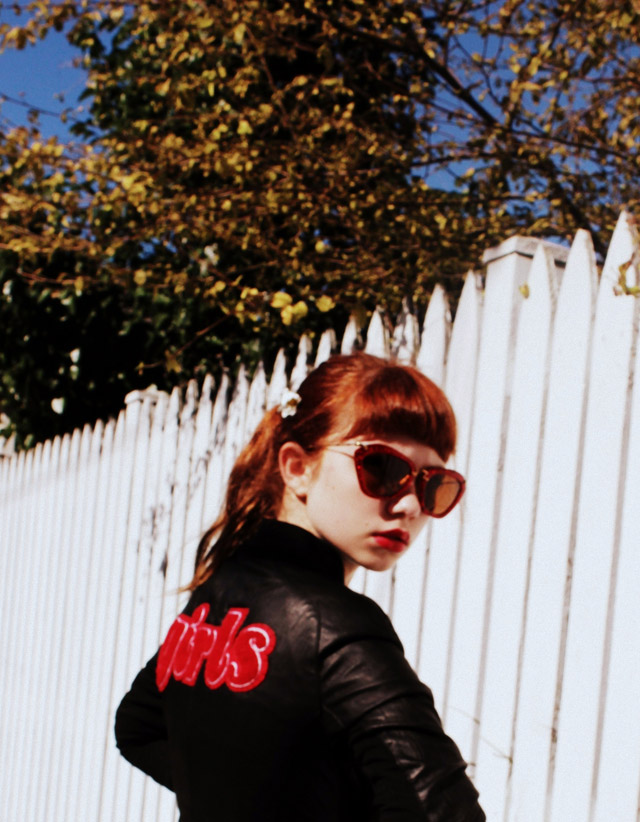 I: How do see your role in Rookie?

T: Editor in Chief / Founder, Rookie feels like my baby. I’ve thought for while about taking credit – Kathleen Hanna had a blog post about going back and forth about being a part of the community and she turned to Carrie Brownstein, and saw how she’s like “I’m a women with a career, I do all these different things, and they are all amazing.” Its good to take credit for working hard on something. Its not some great feminist act to say that I work really hard on Rookie. But it’s a lot of work and I’m proud of it. People have always been quick to try and take away claim I could have to my writing or my photos or anything, so I’m proud to say that I am very much the Editor in Chief of Rookie.

I: How does working on Rookie influence your life as a high school student? Do you carry that with you?

T: I practice what I preach, its not always easy, but that’s why on Rookie its not just about how all of our writers are awesome and all of us are feminist superheroes, a lot of them are us trying to figure stuff out too. When I go to school I don’t feel like a spy on teenagers or anything. They feel really separate. I am a teenager and I can pull from those experiences when I work on Rookie but I don’t really pull the other way, I don’t make Rookie part of my high school life.

I: I always felt like there was a strange duality in being a young artist.

T: I act differently, everyone does, you act differently to your teacher than you do with your friends, but if I think about it too much I freak myself out, there’s a level of self awareness that you just don’t want to get into sometimes. At school, Rookie sets me apart, that’s why I don’t bring it into conversation unless I’m with my friends. Its way different from my blog because like I was so embarrassed whenever my blog came up – sincerely and honestly it’s a really nerdy thing – but I like it when someone at school tells me they read Rookie. It doesn’t come up because it makes me different from the other people at school and I just want to lay low in high school and get through it.