I get obsessed with teenagers in documentaries. I guess it’s because I have some experience. I was the subject of a few short documentaries about gay teenage activists when I was in high school. They’re kind of painful to watch… I had to speak in sound bites, and I felt like a really uptight poster child. At the time, gay teenagers were a hot topic, post-Matthew Shepard and Ellen DeGeneres. I felt a lot of pressure to portray a polished and positive image when I was actually super agitated. The whole experience made me want to be a filmmaker, so that I could make media in a different way.

During high school I saw a documentary that blew me away—American Dream at Groton (directed by David Grubin, 1989).  It showed the changing tides of a preppy East Coast boarding school called Groton, and the rise of multiculturalism.  The protagonist of the film is Jo Vega—an unapologetically depressed Latina girl from Harlem—completely alienated by her waspy, wealthy peers, and forever separated from her friends and family back home. 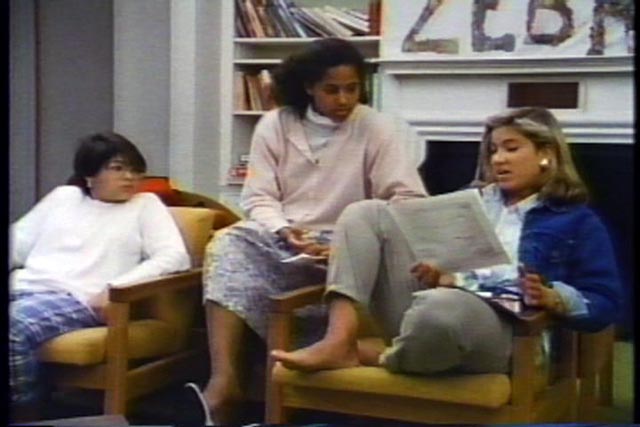 In one of my favorite scenes ever in documentary filmmaking, Vega presents her high school art class with examples of her personal sculptures:

If you look back here, there’s a dagger and that dagger is supposed to show what kind of defense mechanism a Puerto Rican woman has to have when her husband cannot find a job and he is frustrated and resorts to drinking and eventually madness. 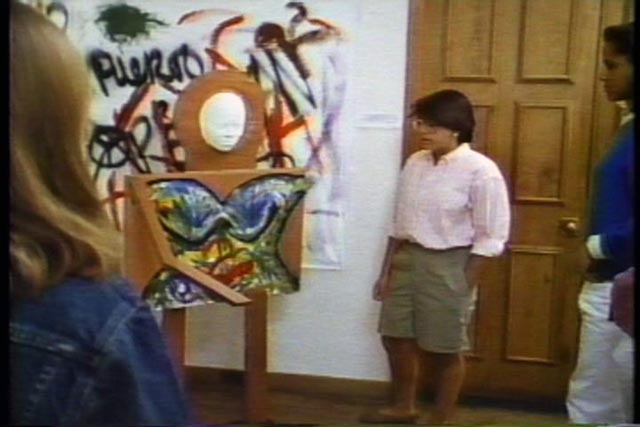 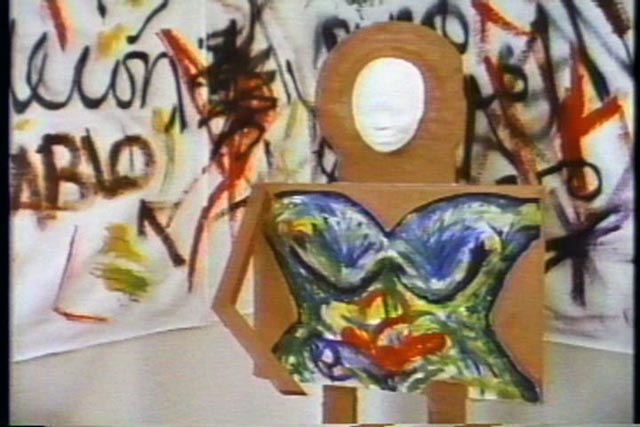 An aggressive preppy jocks proceeds to berate an emotional Vega in front of the art class:

In America we always talk about it being a melting pot… Everyone comes from someplace else. Everyone has trouble finding a job. Everyone has to defend themselves against madness and alcoholism. I don’t really know what people really think about all this, but most people go about expressing their resentments at Groton over the lunch table and not let it build up to a level where in a sense they explode in a demonstration of art that makes a lot of people uncomfortable. 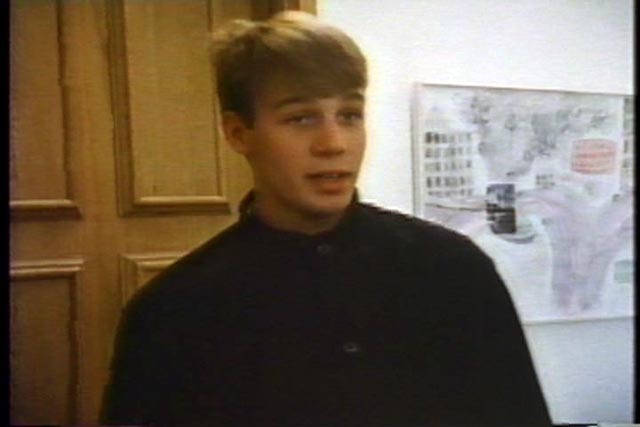 Jo Vega represents the false promises of 1980s diversity, and she wears her alienation on her sleeve.  She isn’t sub-culturally freaky or cool.  But she channels her outcast status into ambitious art that makes jocks “uncomfortable.”  She fearlessly resists the claim that everybody is the same, and that her experience of alienation is imaginary or meaningless.  I wasn’t Jo Vega, but I knew how she felt.  She was an unsung hero. 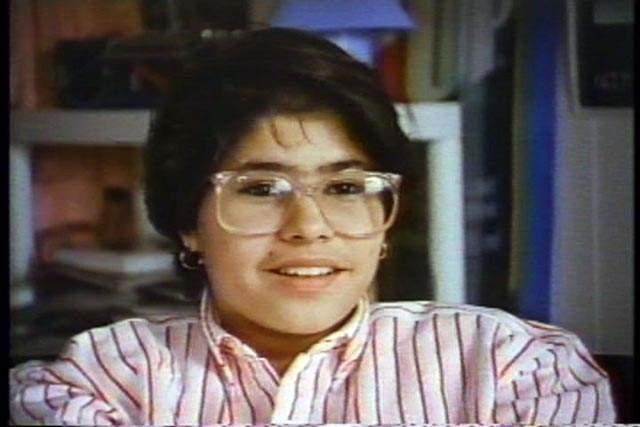 So this is a personal send out and tribute to Jo Vega.  If anybody on the Internet knows Jo or what happened to her, speak up!  Enjoy these blocky excerpts from the undistributed film via YouTube—
start here with Part 1 of the American Dream at Groton
The clip that contains the excerpted quotes is here.

–Matt Wolf is the Director of Teenage. Look out for Director’s Diary entries each month. Above: Matt as a teenage activist, as seen on TV.