1997, NSW, Australia, the day after my thirteenth birthday. It’s the graduating concert of the Scotts Head Regional Band Camp and I’m playing the flute solo in the West Side Story Medley. Perfectly. Everyone is watching: parents, teachers, interested members of the Scotts Head Community. It’s like the pinnacle scene of a Hollywood movie, where the camera pans out and spins around and the colours are brighter and the music swells and the band’s playing… and a band is ACTUALLY playing.

This is the second that will define me forever. It was then, and is now, the best moment of my entire life.

Of course the only reason I was playing the solo was because the night before everyone else had been kicked out of the camp for having a party in the bush. I woke the next day to find myself not only the first flute, but also the only flute. 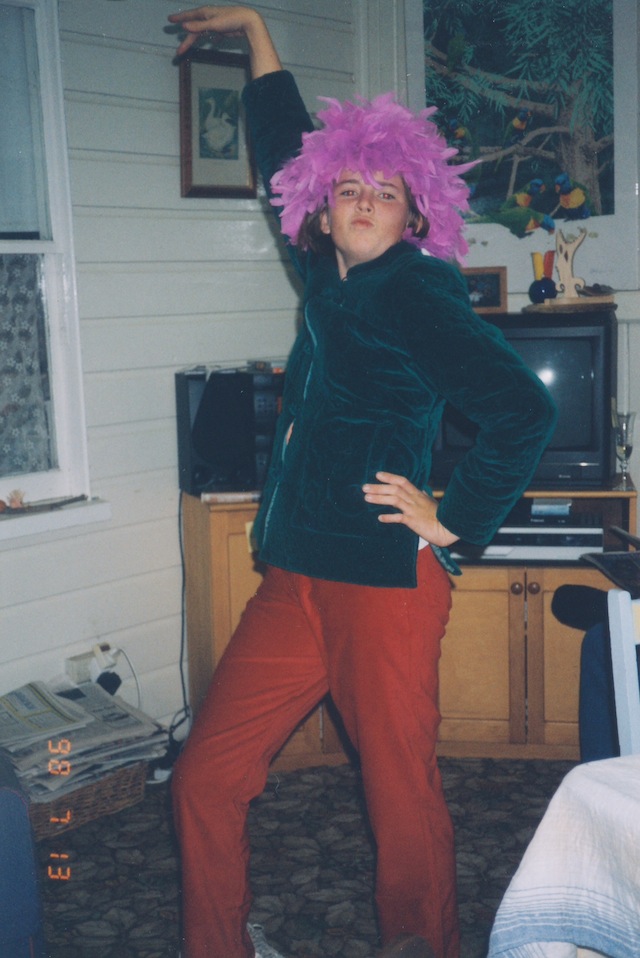 But that didn’t matter. In a way it made it better because it was like I’d cheated fate. It was destiny. It was perfect. It was like the whole world had tilted slightly.

And that’s where it happened. On that camp I became a teenager. 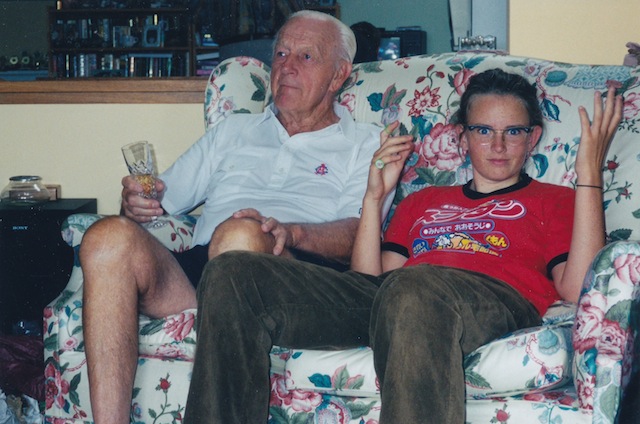 Puberty was not kind to me. I was in the school band, my teeth were too big and I didn’t have boobs until I was 17. Well I did, but they were spread over my entire torso. While my body was exploding, I was clinging desperately to a prepubescent Huckleberry Finn persona; climbing trees and fishing algae out of horse troughs to throw at my sisters. 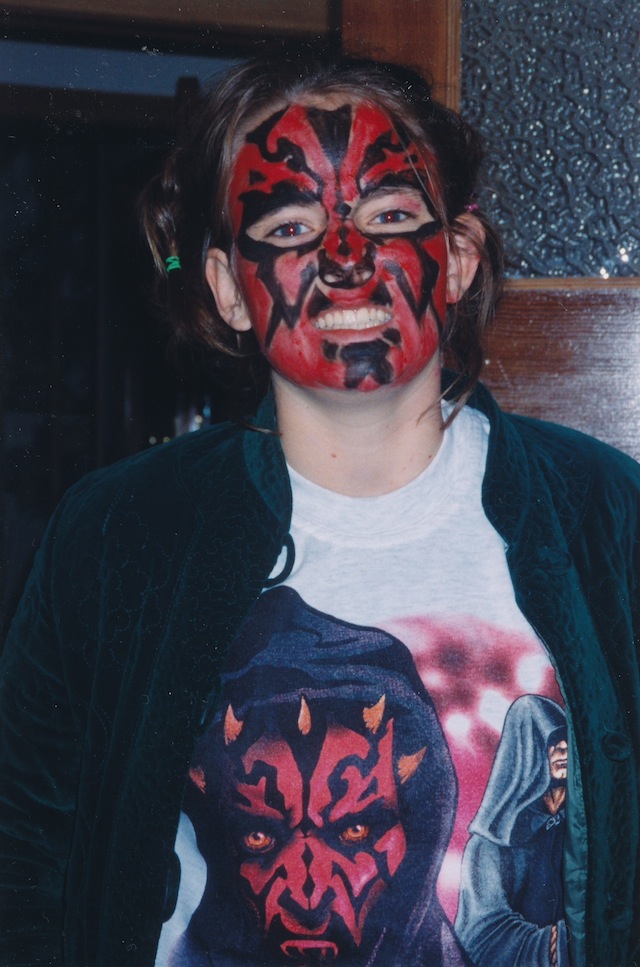 When I wasn’t throwing algae, I was hidden in my room fermenting. Cultivating a deep and persistent adult weirdness, I read The Female Eunuch, learnt dinosaur names and wrote stand up comedy routines that I would later perform at school talent nights. I became obsessed with Bernadette Peters. I took up whittling. I invented a time machine that I still think would work. All this, I knew, was not normal. 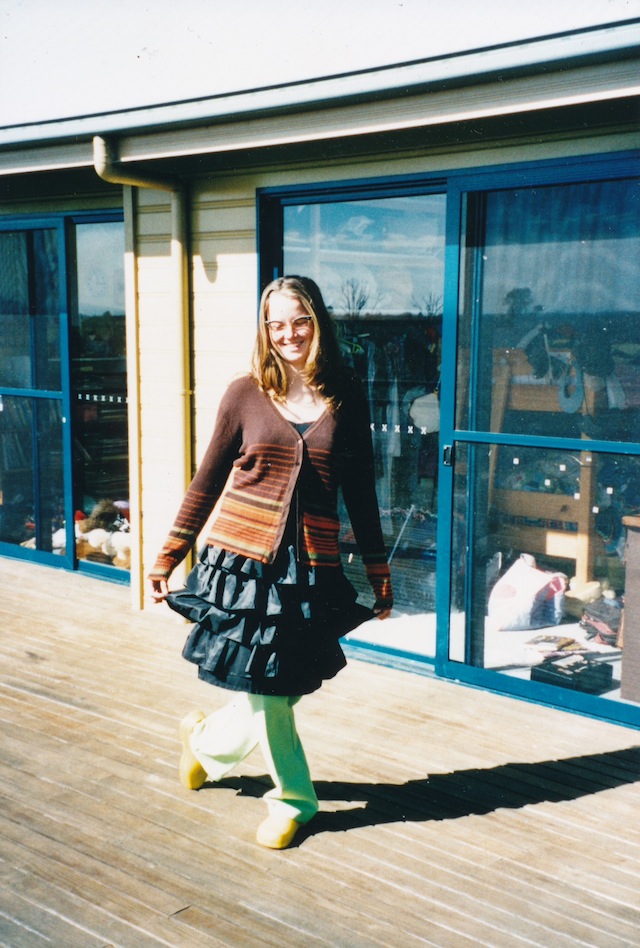 To deal with this desperately unattractive, barrel-chested weirdness I sat myself down for a serious chat: “Ok, Zoe, there’s nothing you can do about this… Except to make it seem intentional.” So I shaved my head, wore lensless glasses and terry-towelling shorts over tartan pants, rolling my eyes and waving my arms around like a sarcastic muppet. Because if you put on a crazy wacky exterior and comedy arms, no one ever has to see who you truly are. No one need know that you’re deeply moved by the thought of even being touched by a girl, and brought almost to tears by any song with the word kiss in the lyrics, regardless of quality or genre. I would be on the bus and Sixpence None The Richer’s “Kiss Me” would come on and I would be gone. Floored. Everything would melt away and I’d just be left with the possibility of magic… and the desperate struggle to control my face. And I didn’t even like that song. 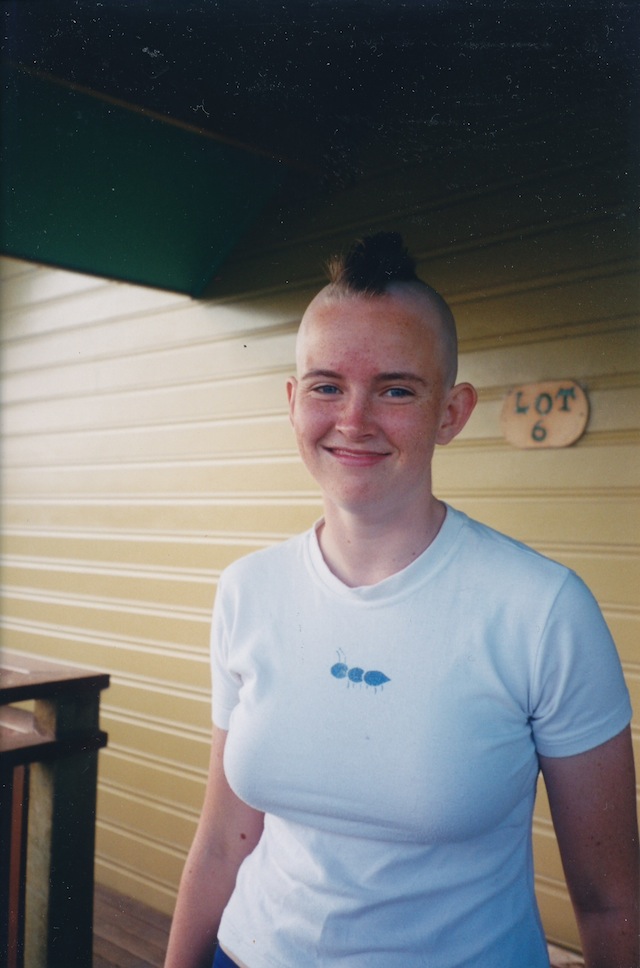 Oh what a cruel time. Whispering “act cool” to yourself, while every moment feels like the first time you hear ‘Do You Realise?’ on ecstasy and really realise. All I could manage was to grunt and shrug as I was blasted by epiphanies and passions and moments of revelation. Some of those revelations stuck around, most dissolved almost immediately, but that moment at music camp, that one was special.

There’s a bundle of teenage horror that I’ve pushed and crammed into a contained cyst in my mind. The memories are frighteningly clear. But like a cyst, best left unprodded.  That one shining moment is the exception. It’s the experience against which all others are measured and will ultimately fail.  Not just because it was a first, like the unsurpassable first kiss, but because when I rediscovered the sheet music as an adult I also discovered this:

There is no solo in the West Side Story Medley.

I remember it so clearly, but my thirteen year old self just made it up. The band played, the colours became brighter, everything tilted just slightly. But there was no solo, no moment, just an awkward little observational comic standing on stage with her mind exploding.

And that was the summer that changed my life.

Zoe is a comedian, performer, and writer. She is is one third of performance company post, has performed stand-up in numerous comedy-dungeons and once won the National Poetry Slam Championships under dubious circumstances. In 2011 her solo show about being a teenager ‘And That Was The Summer That Changed My Life’ was nominated Best Newcomer at MICF and won the Philip Parsons Playwright Award.