After walking 50 meters, Gad held out a 20-mark bill to Manfred and said: “Here’s some money. Now go to my uncle in Teltow like we discussed and wait for me. I’ll come as soon as I can.” Manfred took the 20 marks. “Gad, I can’t go with you,” he said quietly. “My family needs me, if I abandon them now I’ll never be free.” Manfred turned around and went back to the camp. “In those seconds watching him go, I grew up…” Gad wrote years later. 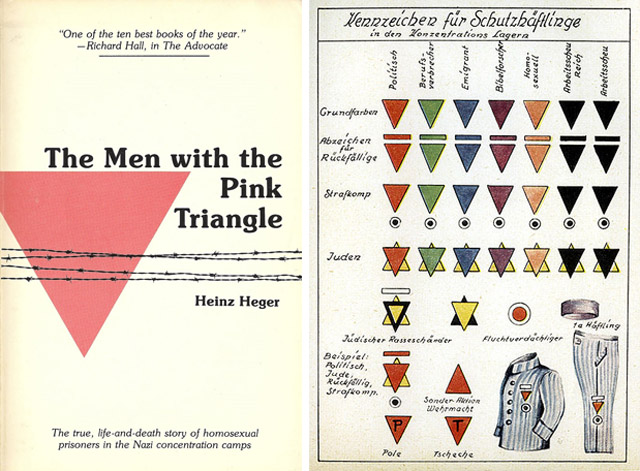 As a young Jewish gay man, Beck was doubly persecuted during WWII. The Nazis strengthened existing anti-homosexuality laws, and many were sent to concentration camps. 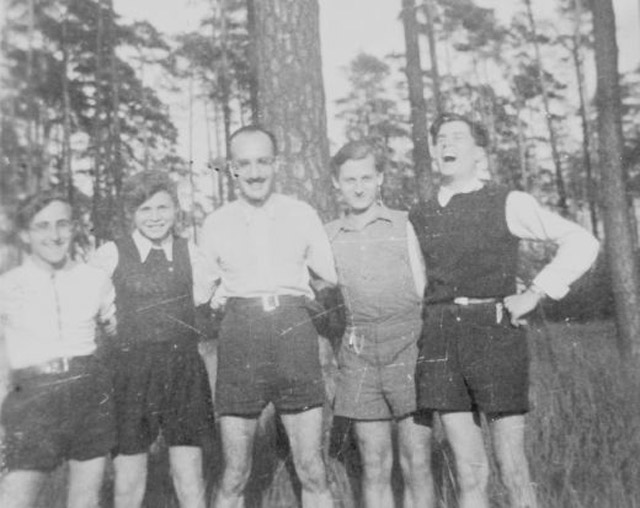 During the War, when Beck was in his late teens and early twenties, he joined the Chug Chaluzi, an underground Zionist resistance youth group. 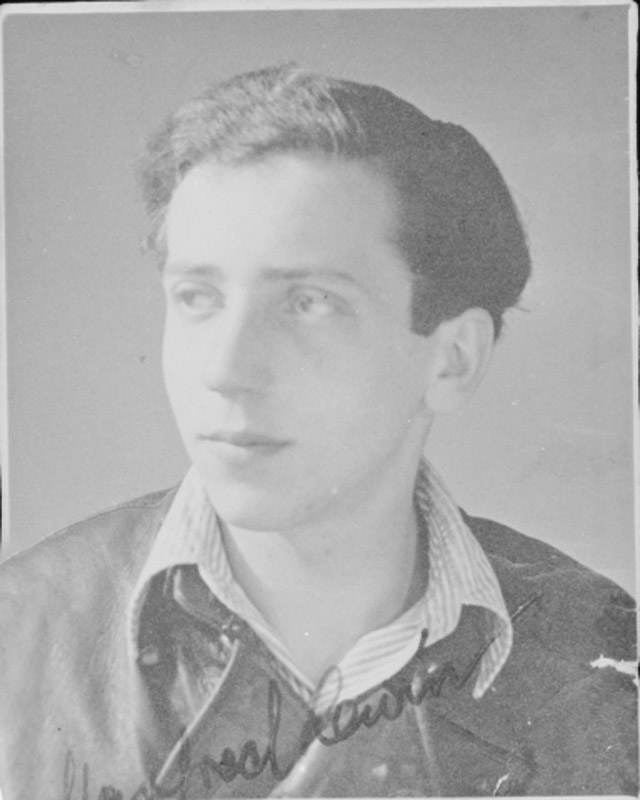 When Manfred Lewin, Beck’s good friend and lover, was sent to a work camp, Beck donned a Nazi Youth uniform to enter the camp and try to convince him to escape. Lewin, however, did not want to leave his family. He later died in Auschwitz. 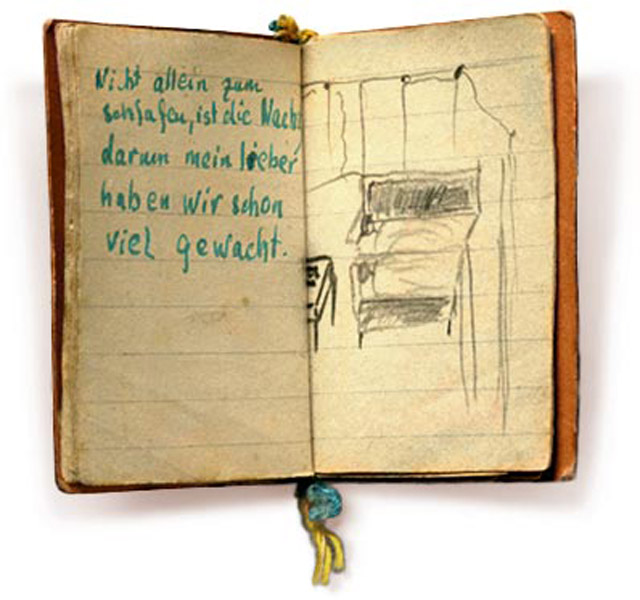 “Night exists for more than sleep, which is why, my love, we stay awake so often.”

In the early 1940’s, Lewin gave Beck a small notebook of drawings and memories he’d made while they were in a Zionist youth group together. Beck kept the notebook for over 50 years before donating it to the American Holocaust Museum.

With twin sister Miriam, who also survived the War.

Beck, who was half-Jewish (his mother converted), escaped the Rosenstrasse Holding Compound in Berlin in 1943 during a street protest organized by the non-Jewish wives of the men being held there. Berlin’s non-jewish gay community helped hide Beck until a spy betrayed him in 1945. He was sent to another transit camp in the city until the Liberation.

After the War, Beck continued his activism, helping Jews immigrate to Palestine. Later he was named Director of the Jewish Adult Education Center in Berlin, where he worked until his retirement.

You can read a full obituary from the Jerusalem Post here.

iamges via here, here, and here