Nothing in the World But Youth is a prolific museum exhibition at Turner Contemporary in Margate, a seaside town in England. 94 artists and over 200 works in the show examine the idea of youth. When I learned about the exhibition and read the incredible catalog, I knew that our projects were on a similar wavelength, so I interviewed the curator Lauren Wright. Read our conversation after the jump… 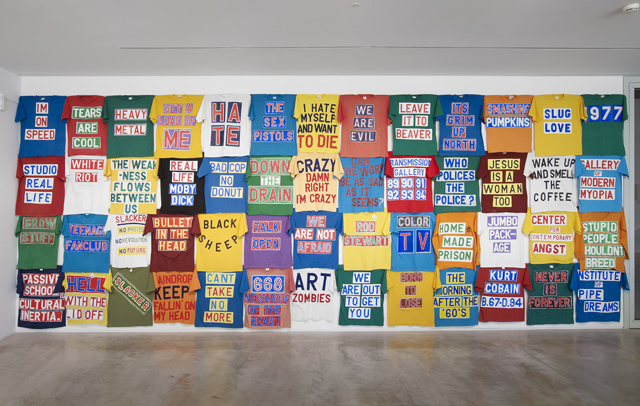 Matt Wolf: Tell me more about Margate, the location of Turner Contemporary.  I understand it has a unique history with youth culture, specifically mods and rockers?

Lauren A Wright: Margate was one of the first seaside holiday resorts in Britain. It’s a place where many young people have come on holiday, especially once Dreamland opened as one of Britain’s first amusement parks in 1921. Later on, in the 1960s, Margate became a place where lots of youths would gather, particularly during Bank Holidays. There was a famous incident in 1964 when Mods and Rockers supposedly ‘battled on the beach.’ The resulting court hearings, where a judge called the teenagers ‘Sawdust Ceasers,’ inspired the courtroom scene in Quadrophenia. Throughout the subsequent decades, Margate remained a site of pilgramage for all sort of youth subcultures—Skinheads, Punks, Hippies, etc. Dreamland was an attraction as well as the Winter Gardens, which became an important venue for concerts. Youth culture remains strong in Margate—adults who belonged to subcultures (and still feel connected to them) come to the town, especially in the summer, for get-togethers during ‘weekenders,’ where there are lots of gigs, especially at the Westcoast Bar in town.

From the late 60s onward Margate suffered an economic decline, much like other British seaside resorts, as tourists started going abroad instead of holidaying in the UK. The effects of this are still felt in the town, which now suffers from very high levels of deprivation. Partly as a result of the economic problems, the town has a disproportionate number of both younger and older people. So when you walk around Margate you do notice that there are lots of teenagers around! 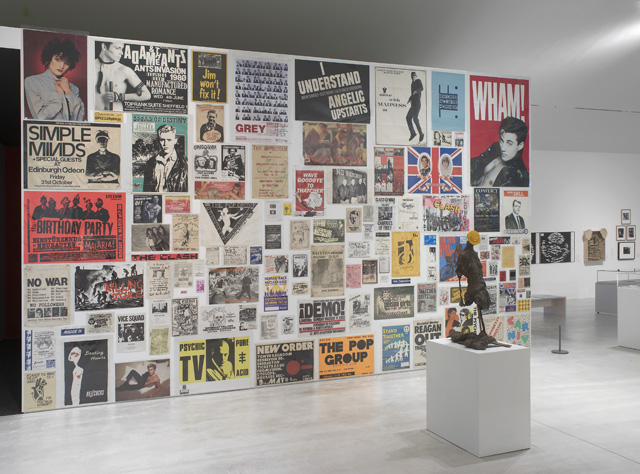 MW: I’ve grappled with this while making the film… Teenagers and youth culture are such panoramic and huge topics.  You’ve done a great job shifting between the local and the global, the contemporary and the historic in the exhibition.  How did you aim to focus the topic for the context of a museum show?

LW: That was a challenge that we also identified early on in the development of the project. We felt sure it would be impossible to cover the whole of the topic—everyone’s experience is different, and the cultural meaning of adolescence is such a complicated subject. We made a few decisions in that respect: we chose to make reference to the whole 20th century history of adolescence, wanting to acknowledge its long and complex history, but we decided not to organise the show chronologically bc that would create too prescriptive a story, it would be hard to do justice to the whole thing in the space we have, and perhaps most importantly, we were making an art exhibition, rather than a cultural history show. So we organised the exhibition thematically, pulling out four thematic areas that were pretty capacious, but also specific enough to resonate through the works and for visitors to recognise: place, space and territory; groups and individuals; responsibility and rebellion; and boys, girls, sexuality and growing up. We also wanted to ensure a connection to Margate, so we thought about working from Margate outward. There were a number of interesting works or stories that we could have included, but they felt rather more remote than some of the other things in the show, so we decided to leave them out.

MW: I heard there was a program involving local youth called Time of Our Lives.  How does the show include local material about youth in Margate?

For Time of Our Lives the young people worked with a group of older people to make an exhibition and radio programme about their experiences of being teenagers. The observations they made informed the themes and focus of the exhibition.

We also included some artworks made by local young people. We hold an annual competition for school and HE students called ‘Page Turner,’ and last year the theme was ‘Nothing in the World but Youth.’ The winners of the competition were included in the exhibition.

There are also references to Margate throughout the show, like Iain Aitch’s project Cachet, (pictured below) where he interviewed and photographed people living in and visiting Margate who had come there as teenagers when they were members of different subcultures. The work in the show includes photographs of them then and now, with quotes reflecting on their experiences. 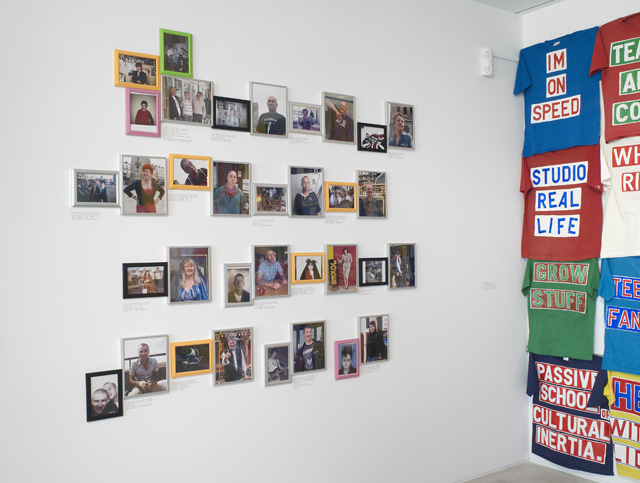 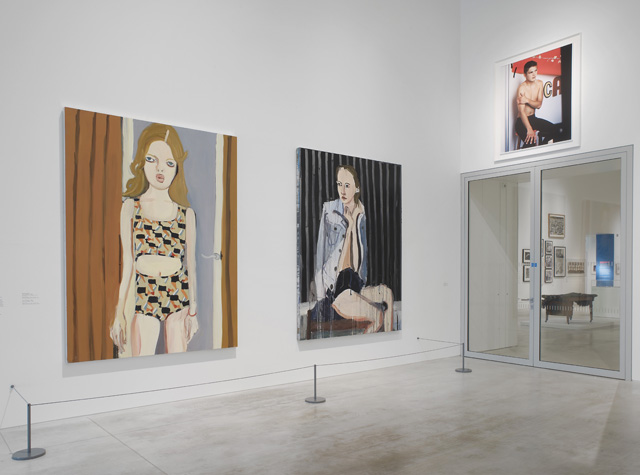 MW: We don’t normally think of teenagers as the pioneering artists in our culture. But the catalog discusses how they continue to introduce new styles of fashion, music, and dancing through many eras. Increasingly visual artists are dealing with these youth culture styles in their work. When did teenage-focused pop culture become influential and more visible in the art world?

LW: That’s a tricky question! I think you could certainly point to the emergence of Pop in the sixties as an important moment, as many of the aspects of popular culture that artists were tuning into were very much driven by an increasingly distinct and powerful ‘teenage’ market. Peter Blake’s Self-Portrait with Badges, 1961, (pictured below) which is in the show, is a good example of that—he depicts himself, then aged 29, dressed like a much younger person, in jeans, badges, and sneakers, and holding a music magazine. Artists have seen popular culture as fair game for artistic investigation ever since, and I think because youth culture is so strong in American and British culture in general, and because adolescence is such a both formative and ambiguous time in people’s lives, artists find youth a really fruitful thing to mine in their work. 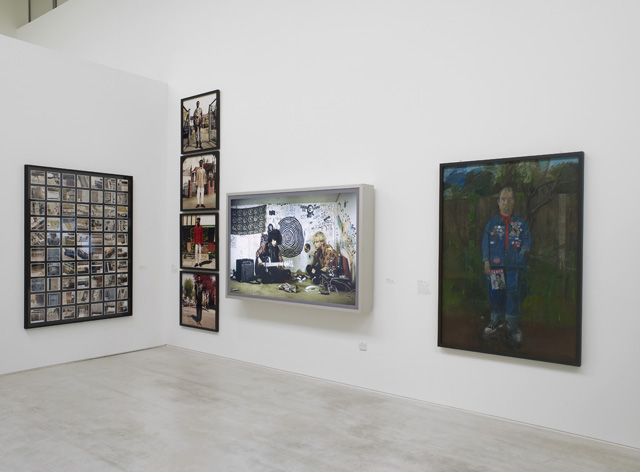 MW: Another big thread running through the show is fandom, especially in the ephemera on view from the Mott Collection or in artworks by Graham Dolphin, Elizabeth Peyton (pictured below), or others. Lots of 1980s record sleeves and photocopy fanzine-style posters are shown next to paintings or drawings of iconic young rockers. Do you think fandom is a useful lens to look at youth culture and the art in the exhibition?

LW: I do, because fandom and fan cultures bring together a number of themes that are really central to both the history of adolescence and youth culture, and the exhibition: self-fashioning, in trying to form oneself in the image of a pop culture icon or idol; creativity, in the customised clothes or fanzines; and also symbols of youth that become somewhat universal and transcend more localised cultures. Phil Collins’ trilogy the world won’t listen, about the Smiths, and which features in the exhibition, is a really good example of all of these. 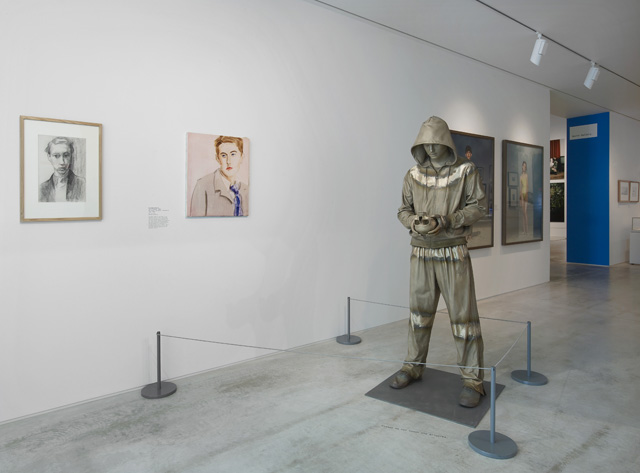 MW: So much of youth culture today is happening online. Do you think the forms of youth culture that are represented in the exhibition are becoming obsolete, or that these artists are nostalgic for a time before the Internet?

LW: Perhaps to a degree. I think the Internet speeds up the dissemination of cultural forms, and also their manipulation and metamorphosis, so it makes youth culture much more diverse and also much more malleable. I think in the past it was easier to identify distinct youth cultures (though I think it was the media who did this, rather than always being the teenagers themselves). I think there will always be a certain element of nostalgia in artists (or curators like me!) addressing the subject of youth culture and adolescence, simply because we’re not teenagers anymore! I’m not sure whether artists would specifically point to the Internet as a spur for nostalgia, but it’s possible! 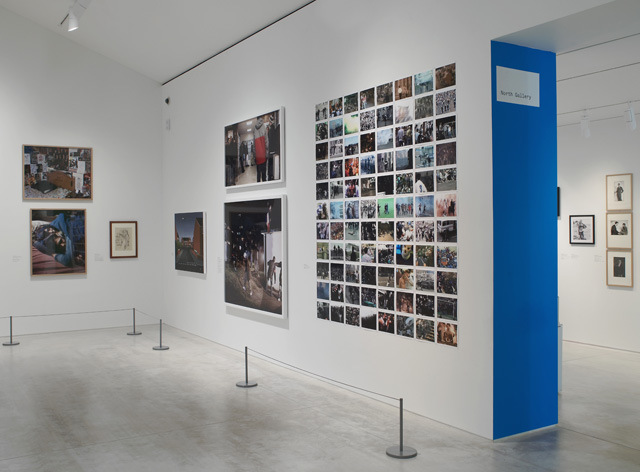 MW: Why do you think it’s important to think about the history of teenagers right now?

LW: I’m not sure it’s more important now than it was at any particular time before—I think it’s always important to recognise the huge influence of teenagers on our culture past and present, particularly in light of the ambivalent place they occupy. We really do both love and loathe them.

Last chance! Nothing in the World But Youth closes January 8th.