Police in Aceh, Indonesia’s most conservative province, arrested 65 punk rock teenagers on the grounds that they posed a threat to Islamic values. Having committed no actual crimes, teenagers were arrested by Shariah police while holding a charity concert in Taman Budaya Park last Saturday.  The punks were corralled and taken to a police camp outside Aceh where they were stripped of their piercings and dog collars, thrown into a pool of water for “spiritual cleansing” and shaved of their mohawks. 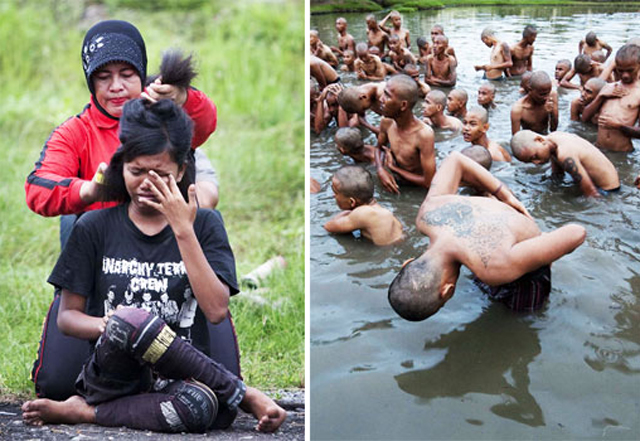 There will be a traditional ceremony. First their hair will be cut. Then they will be tossed into a pool. The women’s hair we’ll cut in the fashion of a female police officer. Then we’ll teach them a lesson. We’ll change their disgusting clothes. We’ll replace them with nice clothes. We’ll give them toothbrushes, toothpaste, shampoo, sandals and prayer gear. It will all be given to them. I’ll remind [police] not to breach human rights. We are oriented to educating our community, our nation. This is our country too, right? 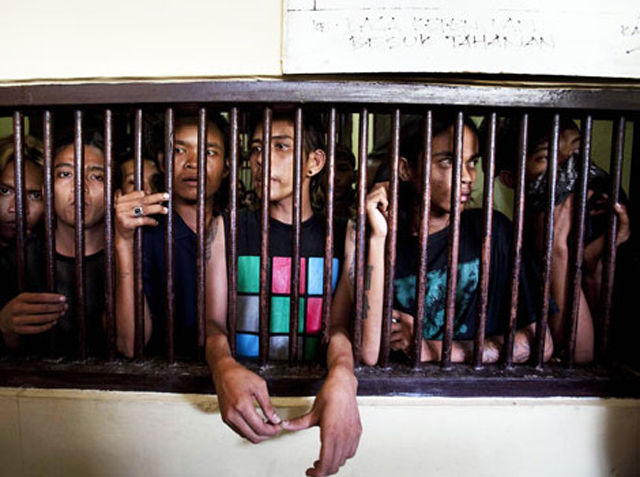 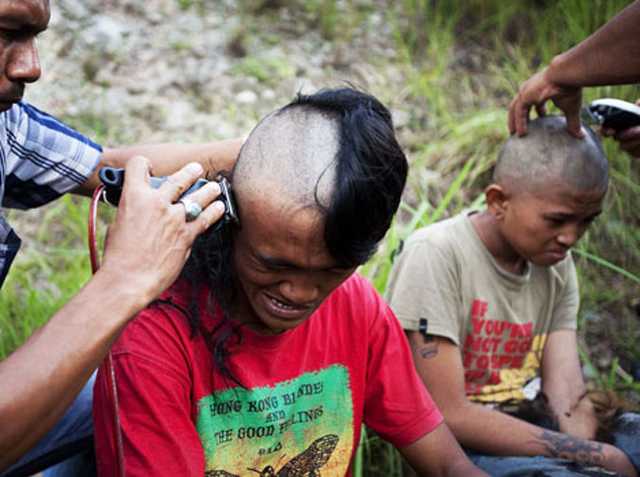