In 1984 daytime talk-show host Phil Donahue bravely tackled the punk epidemic, pitting punk teens against their baffled and buttoned down parents. Moral panic is an easy sell to retirees and confused stay-at-home parents.

YouTube is filled with similar entertaining and atavistic 1980s daytime punk-panic treats, from Jello Biafria’s guest spot on Oprah to LA morning show Teen Talk‘s tackling of punk. But The Phil Donahue Show episode distinguishes itself by featuring Serena Dank (pictured above), who founded “Parents of Punkers.” Dank started her LA based family therapy organization to help families cope with their teens having “gone punk”. In 1982, after forming the group, Dank spelled out Parents of Punkers’ attitude towards punk rock to the Spokane Chronicle:

With hippies the message was happiness, love and peace. With punkers it’s hopelessness and anger. It’s very destructive. 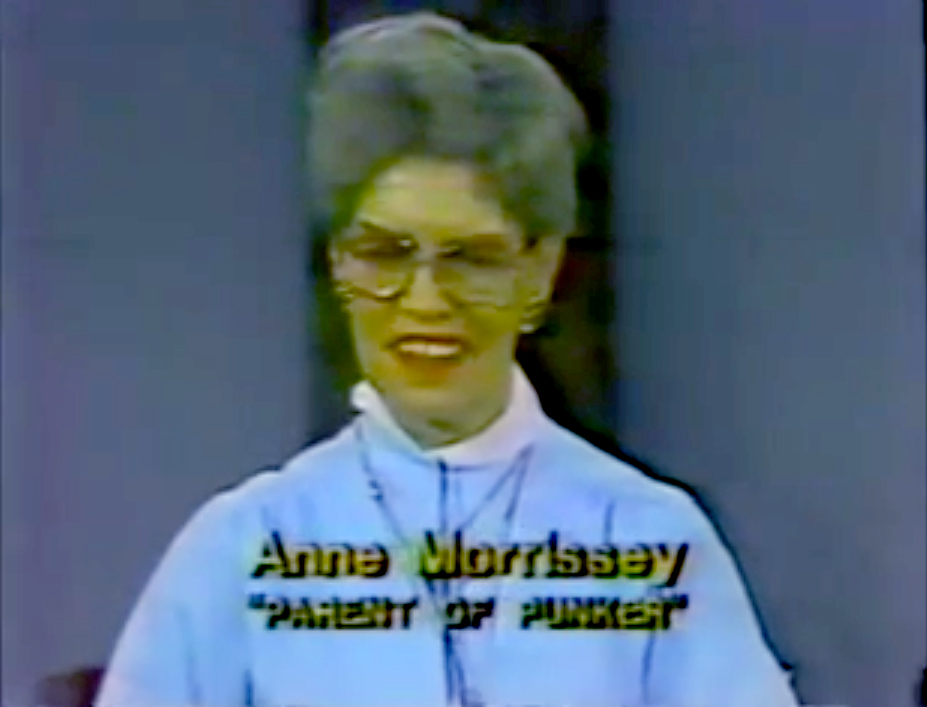 The Donahue episode (which aired in 1984) features a fairly tepid testimonial from Parents of Punkers veteran Anne Morrissey (seen above), who entered the program to come to terms with her daughter Daryth’s immersion in punk culture. The revelations gleaned from the therapy sessions were less sensational and more painfully obvious than you might initially suspect:

Through counseling Serena and I can understand it better… she feels like she doesn’t want to be like everyone else and she’s her own person. And through [punk] dress code and lifestyle she’s expressing this. 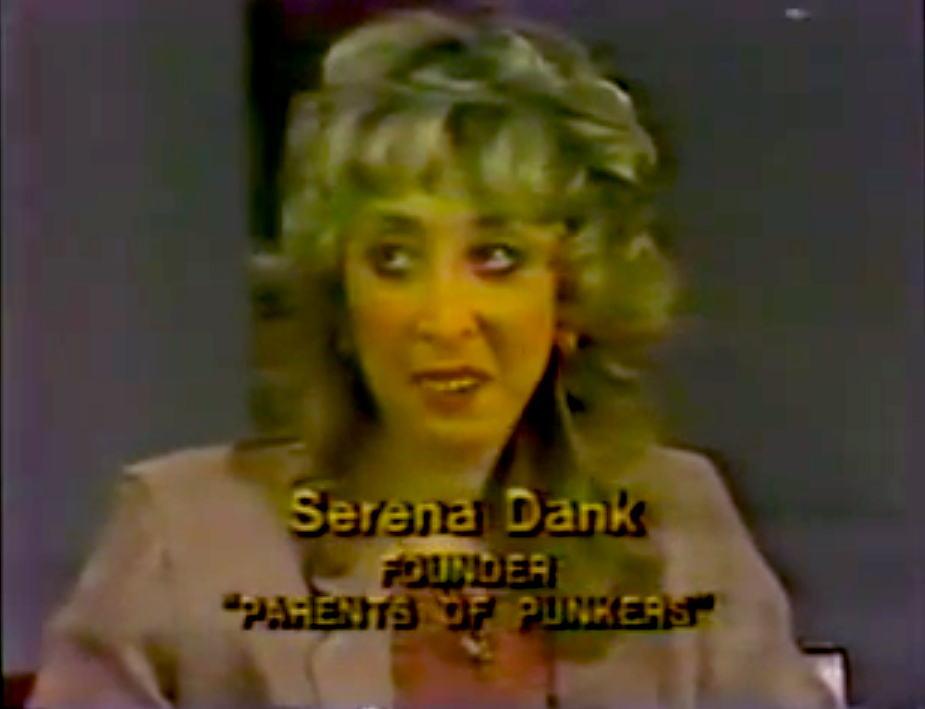 Dank’s group received attention from a few regional newspapers around the country, but her appearance on Donahue sparked some umbrage from punk mainstays like Bob Mould from the Minneapolis band Hüsker Dü. In issue two of punk zine Maximumrocknroll, Mould and the band were interviewed alongside Jesse, a thirteen year old fan. When asked about Dank’s Donahue Show appearance, Mould turned the question over to Jesse who didn’t mince words in eloquently defending punk:

That is just ludicrous. You can’t generalize about people like that. I really don’t want to go into the social conditioning that we’ve all gone through, and what not, but I think it really depends on what kind of a person you are. Some people are, for lack of better words, weak. They will slash themselves up, and wear swastikas and circled A’s without fully understanding what these things signify. On the other hand, I believe that there are a lot of people–me for instance–who will not necessarily conform to society and its standards but at the same time are sensible about our actions. We can think for ourselves. 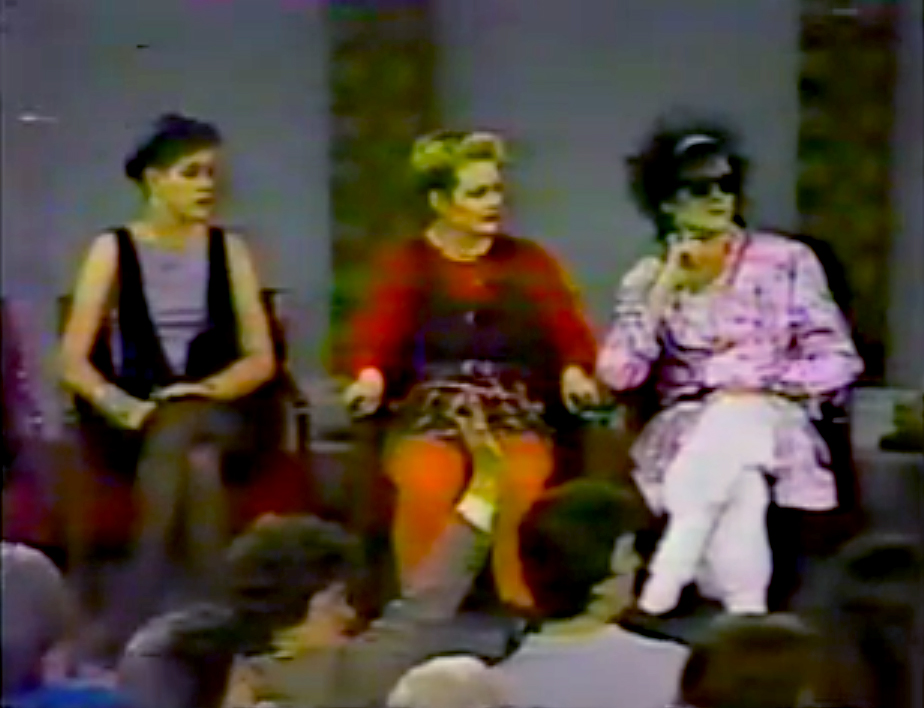 Jesse’s sentiment is echoed by the teens interviewed on The Donahue Show segment who are articulate and passionate while always looking a bit perplexed by all the adult hubbub. Interestingly enough, in the audience of punk teens is an older man who identifies a “free thinker”, when pressed on why he’s okay with all these freaky looking punk kids he says:

I’ve been around this for fifty years, it’s just a continuation [of] jitterbugging, the big band era and zoot suits.

Teenage is opening in Philadelphia this Friday and is now playing in select theaters across the country! Find out when and where here.