Cholombian style sprouts from the stoner slow sounds of the cumbia music scene in working class Monterrey, Mexico. Cholombians swim around town in enormously baggy Dickies, gigantic plaid shirts, airbrushed caps and slickest, pointiest bangs ever. Most striking are the boldfaced homemade banners worn around their necks, used broadcast messages. One kid we saw had the number 10.90 embroidered in his escapulario. I asked him if it was a radio station he liked, and he told me that it was code for toluene, the chemical in paint thinner that gets you high… 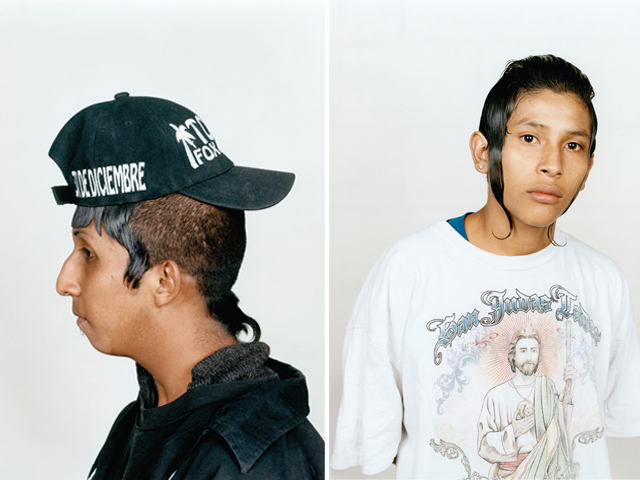 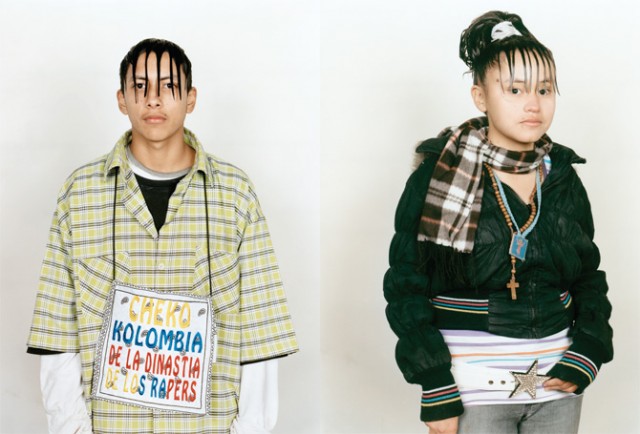 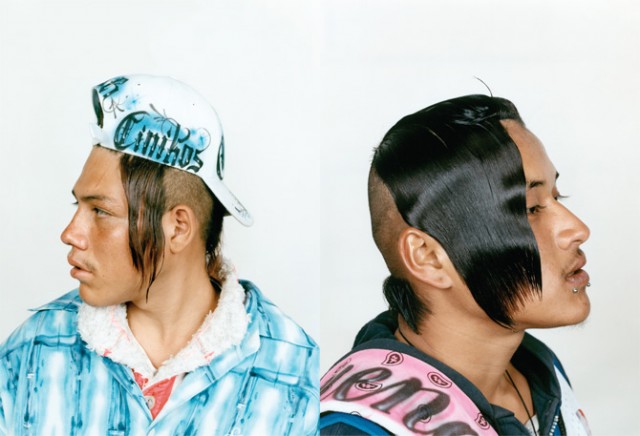 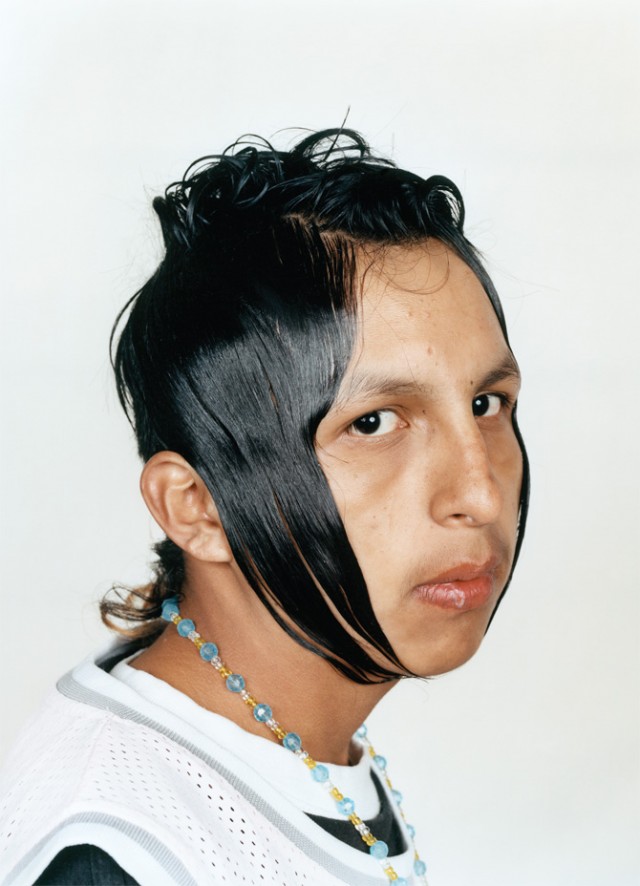 Thanks to Willa for the tip!