Resistenza partigiana, Partisan Resistance, were pro-Allied Italians during WWII. The Partisans were responsible for finding and executing Mussolini. There were many different groups of Partisans with different political slants – socialist, anarchist, apolitical, Catholic etc. As with the French Resistance, women were an instrumental part of the success of these forces, holding high positions of authority and fighting along side their brothers. Very many Italian Partisans were in their teens and 20’s. 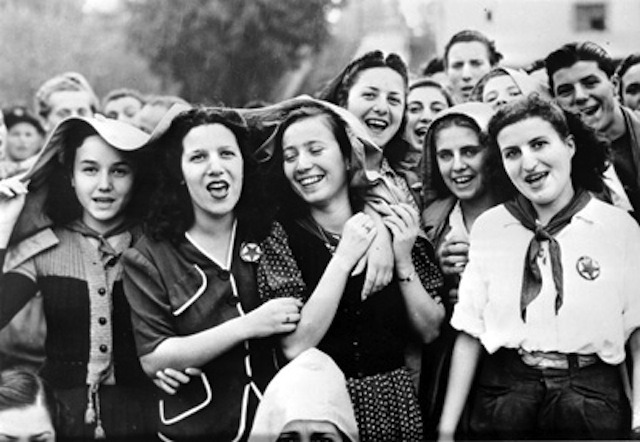 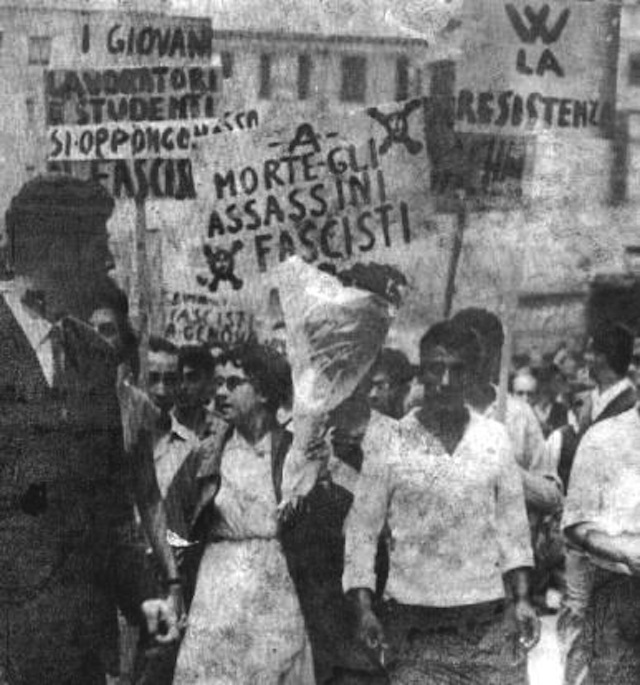 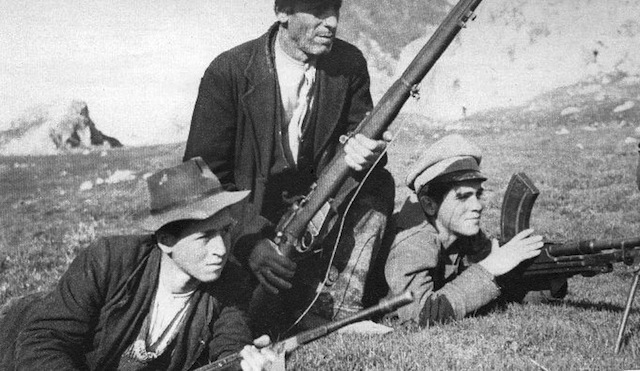 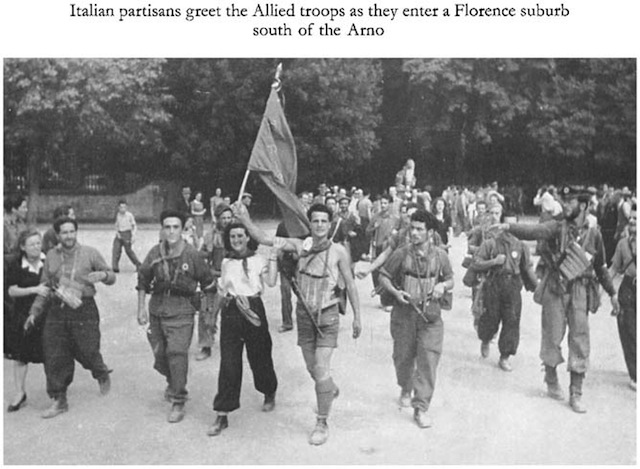 And below, Italian Partisans after the liberation of Florence. 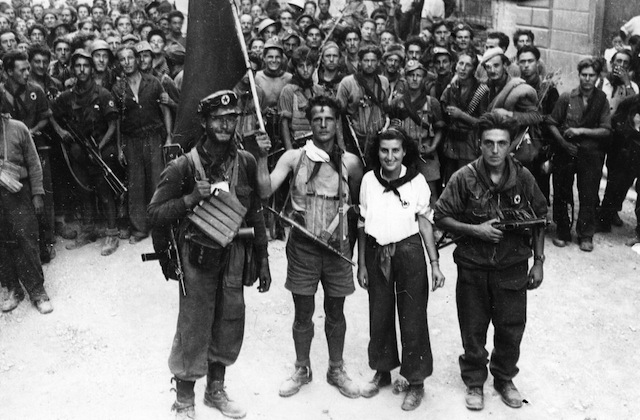 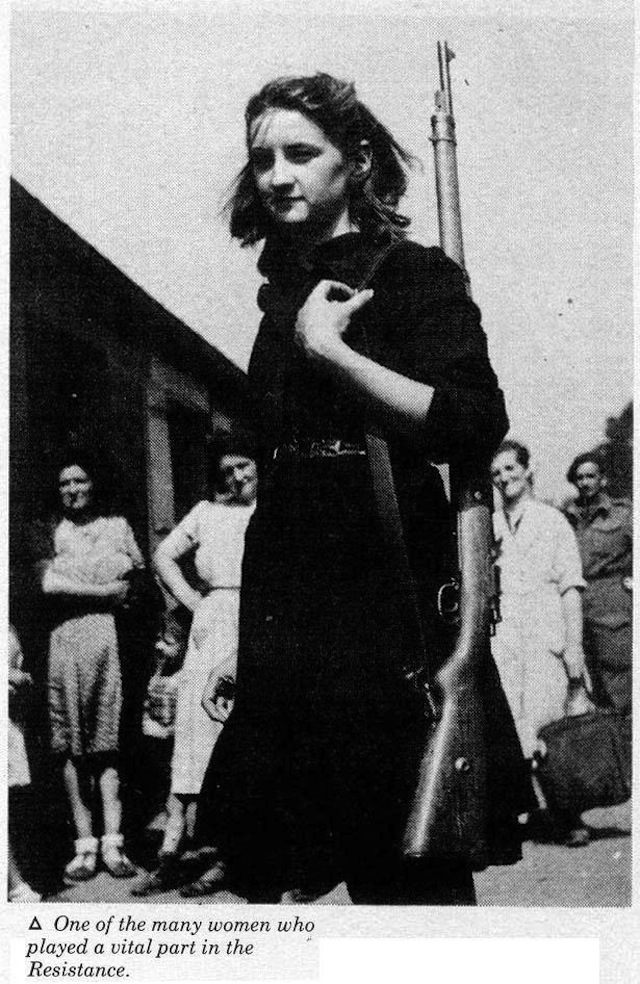 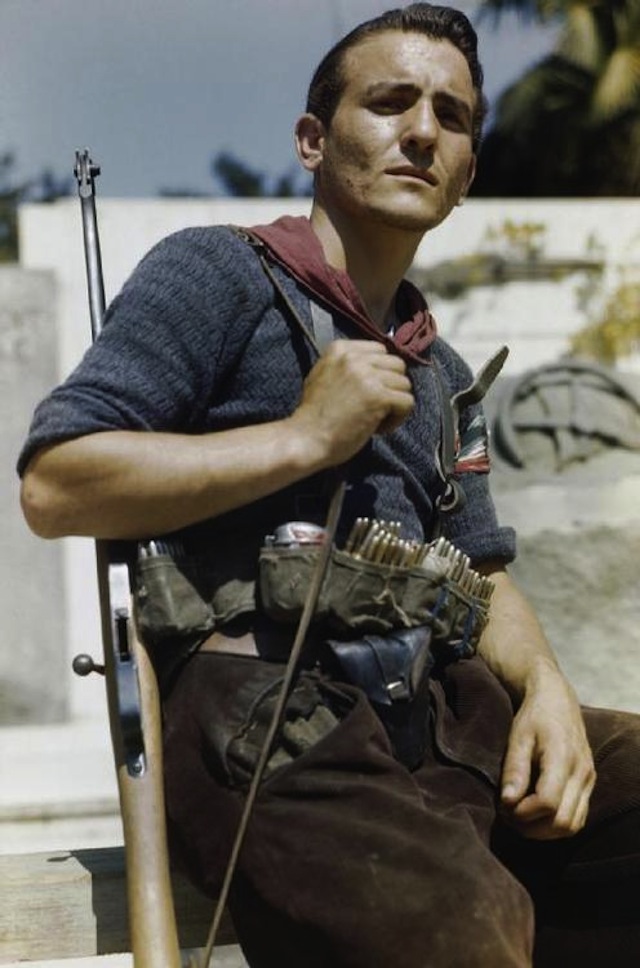 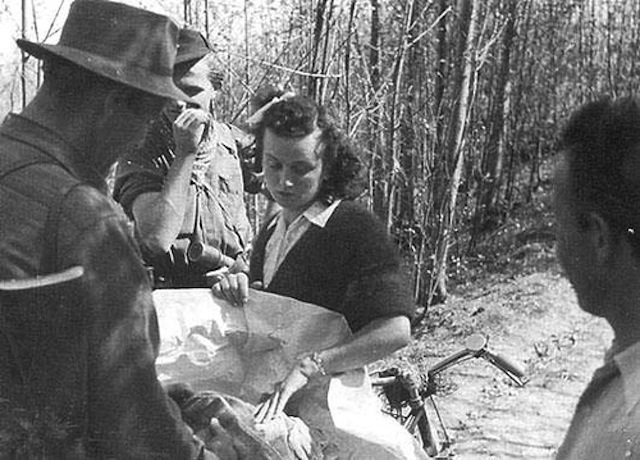 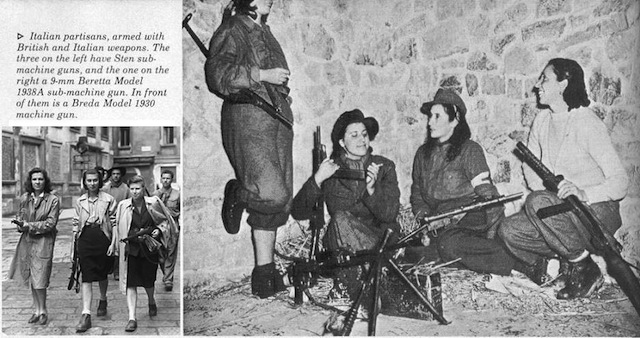 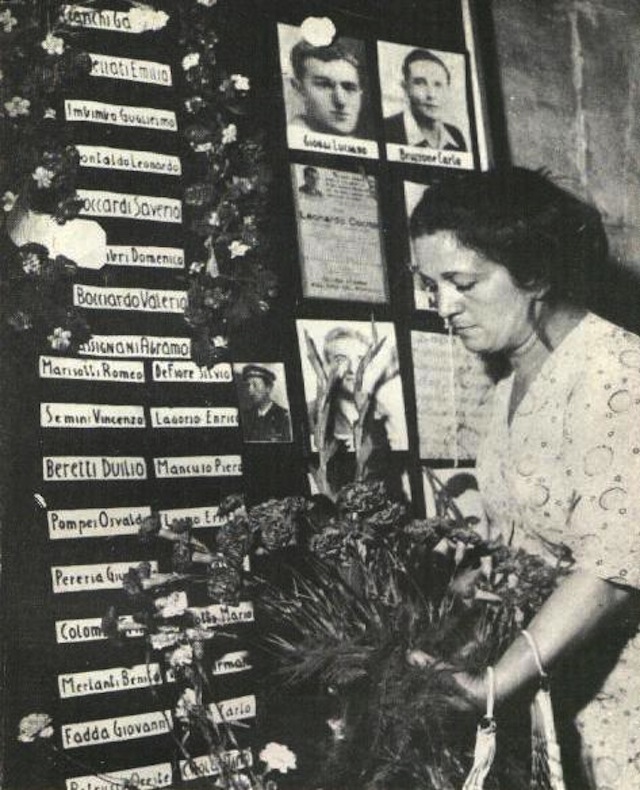