Though there have been Scouts in Libya since 1954, the neat khaki uniforms, uniform caps and green handkerchiefs might appear out of place when juxtaposed with the devastation and disarray in post-revolution Libya. Even more surprising is that a scout organization survived and even thrived under the oppressive forty-two year rule of Muammar Gaddafi and played a  crucial role Libya’s revolution. 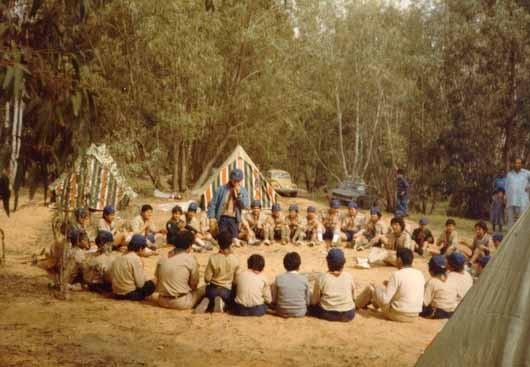 After World War II, Libya fell under Allied occupation, with Britain and France splitting the country. When Libya declared independence in 1951 one of the lasting legacies of the United Kingdom’s presence was the tradition of scouting. 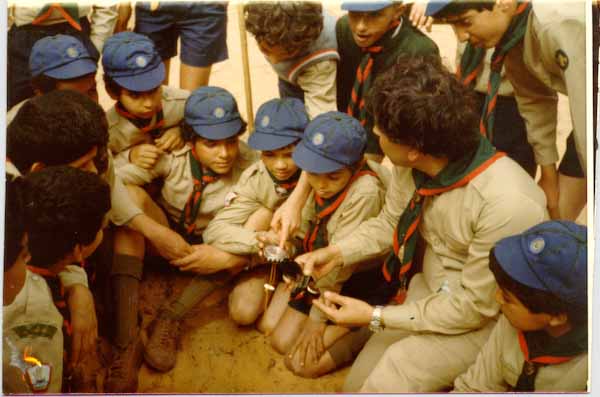 In 1958, four years before Gaddafi’s coup d’etat plunged the country into oppression, the World Organization of the Scout Movement officially incorporated the Libyan Boy Scouts. The popularity of the program spread quickly, from Libya’s teeming cities to the windswept desert of the interior. It’s said that even Gaddafi himself was briefly a scout while growing up in a goatskin tent in the rural Sitre region.

Libyan Girl Guides existed alongside the boys, below is a picture taken in the mid-60s of a march in Tripoli. In 1981, at the height of Gaddafi’s rule, the Libyan Girl Guides were incorporated into the Wold Association of Girl Guides and Girl Scouts. 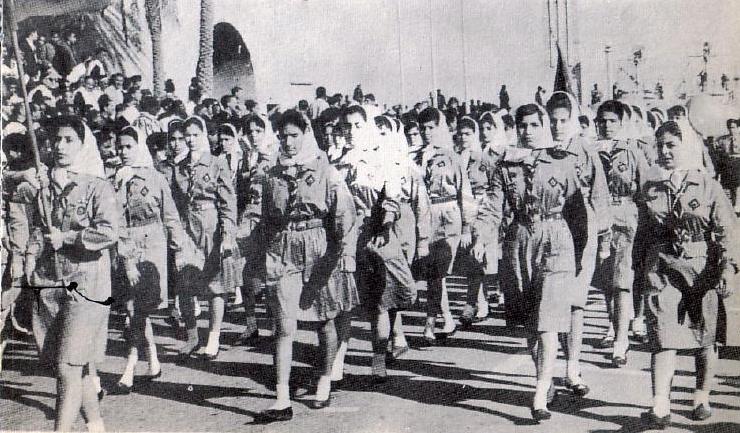 When the Arab Spring came to the streets of Benghazi and Tripoli, the scouts were thrown into the same tumult. Below, contemporary Girl Scout Muhayya Kom Ash briefly discusses her feelings on the revolution:

All our work in this revolution is in the humanitarian aspect… [but] what’s happening here is very cruel, these people are being cut into pieces.

The effects of that cruelty amounted to streets littered with corpses, tasking the scouts with some burdens unbefitting of their age. Sixteen year old scout Mohammed El-Bagrmi told The Globe & Mail:

[Before the revolution] we played football, before all of this… Now we dig graves. 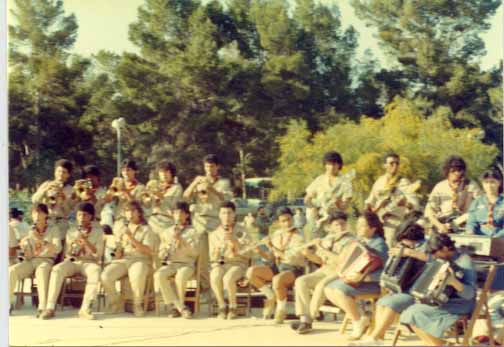 In the country’s rural interior, sociologist Ryan Calder observed scouts both young and old helping out with everything from directing refugees and packing relief supplies shipments to directing traffic. When Calder asked Ahmad, an 18 year old scout leader, why he joined with the organization, he said:

I wanted to volunteer and help other people.

Scouting features heavily in TEENAGE, and we’ve told other stories on the Youth Culture Blog including: