Occupy Istanbul protesters camped out in a park in Gezi before it was recently evacuated by police. They’re fighting against the extreme Islamic rules that their prime minister threatens to impose. They’ve united in solidarity for a belief in a more tolerant future Turkey. These photographs were taken by LouLou d’Aki, a Swedish photographer, who camped out with them. Above, Fatih Sapal, 18, and Oytun Tez, 19, Turkish student Occupiers who have been a couple for 6 months. Oytun holds a sign he has just made that says “Behavioral Freedom.” Faith, when asked what he hopes to see come out of the protests, said: “Peace. For people to listen and communicate.” Via NYMag.

Asmin Kogak, 17, studies at a private high school. She says: “We finished our exams, and we have come here to support our people. I think you have some idea about what the fuck is going on in our country. Everybody has dreams. I want to be a pilot! I also want my country to be a democratic one. We don’t want Erdogan! Never give up the fight! We will win!” 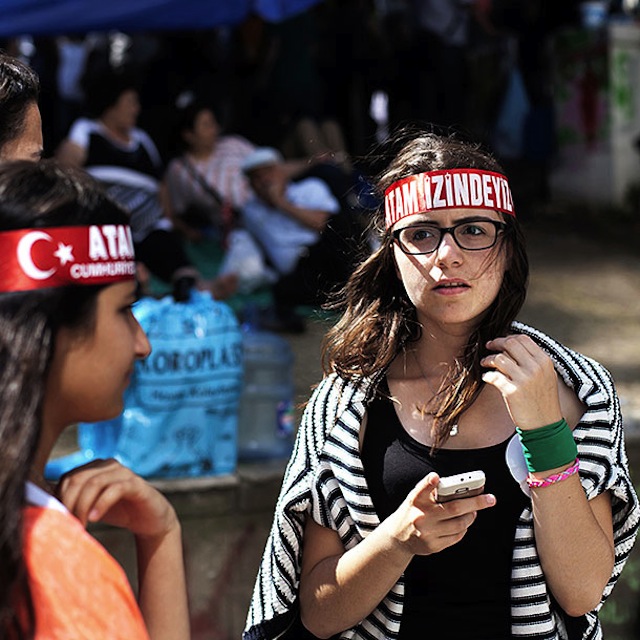 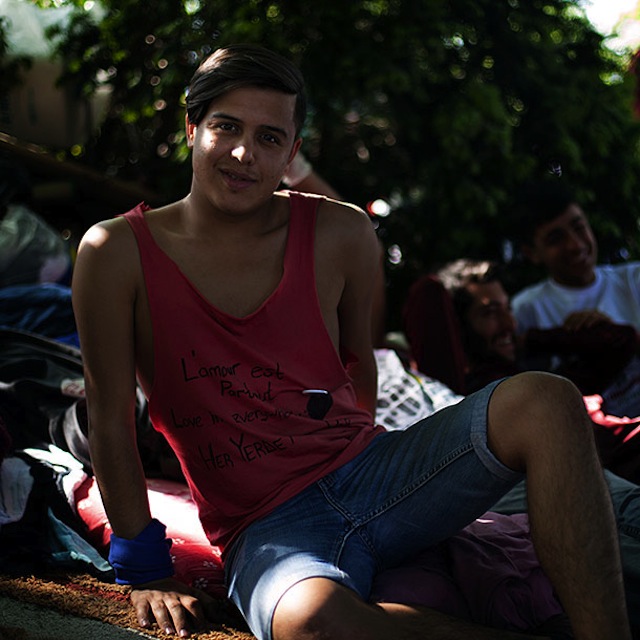 Tuna, 22, says he is gay and that he joined the protest with some friends. He hopes someday to open a coffee shop. 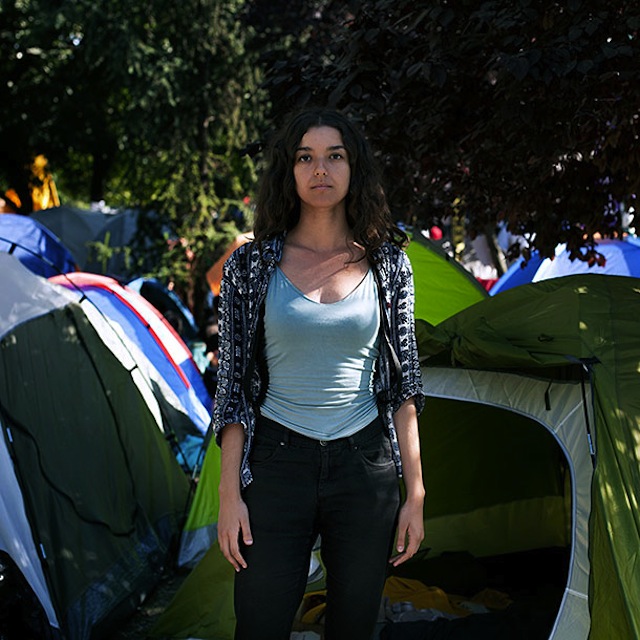 Sezen Barman, 24, studies psychology at a Turkish university. She says: “For these protests, the biggest benefit is the mutual exploration of the street, square, park, and garden. We can get together anytime we want and express ourselves in any way we want.”

Gaye Kar, 15, has a number of demands: “We don’t want the trees cut down. We want democracy and freedom. We want the government to change.” 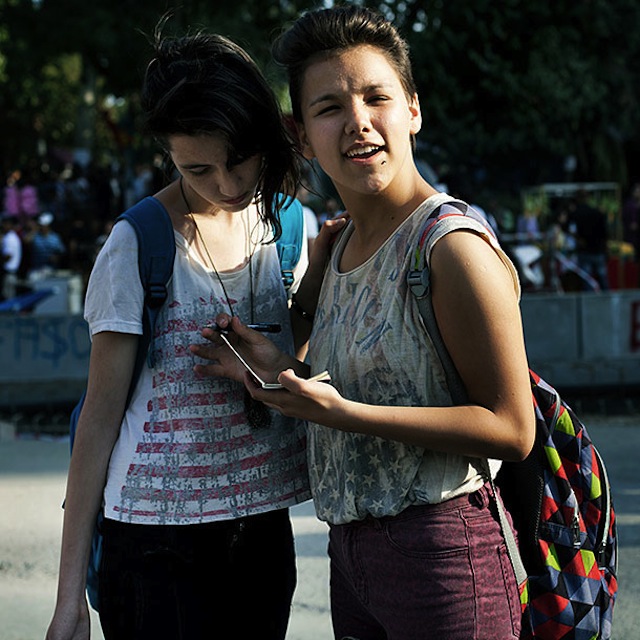 Dilayda, 15, and a friend are on their way to Gezi Park for a sit-in protest against Turkish president Erdogan. “My only dream is that this park won’t be demolished,” she says. 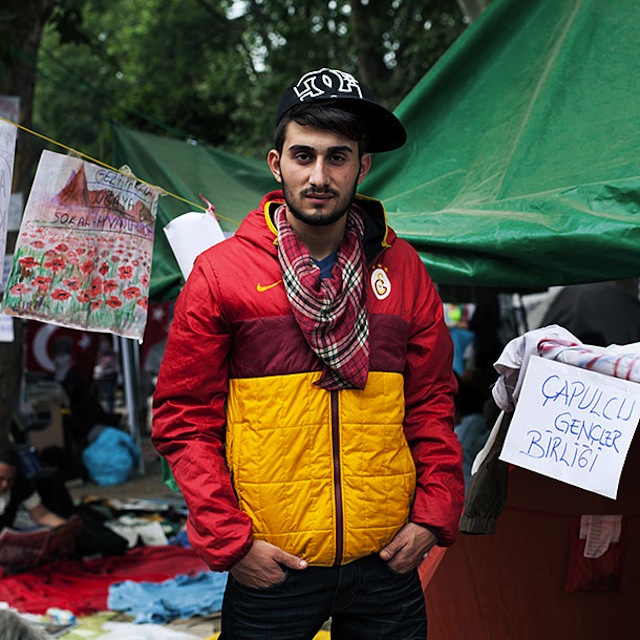 Alihan Demir, 19, says he has not slept for the last 36 hours. He describes himself as an idealist. “Yesterday evening, while I was sleeping, I dreamed that the police were crossing the barricades. But I believe we will realize the revolution and that we will succeed to take Erdogan down,” he says. “Then we will live in a freer and more peaceful Turkey.”

Beykozhu Kemol, 17, left home a year ago after clashing with his conservative parents. While camping in Gezi Park, he has organized a stand with free magazines. He says: “I will be here until this place has a library and until it becomes a place where families can take a walk. I’m here as a singer and a cheerleader.” 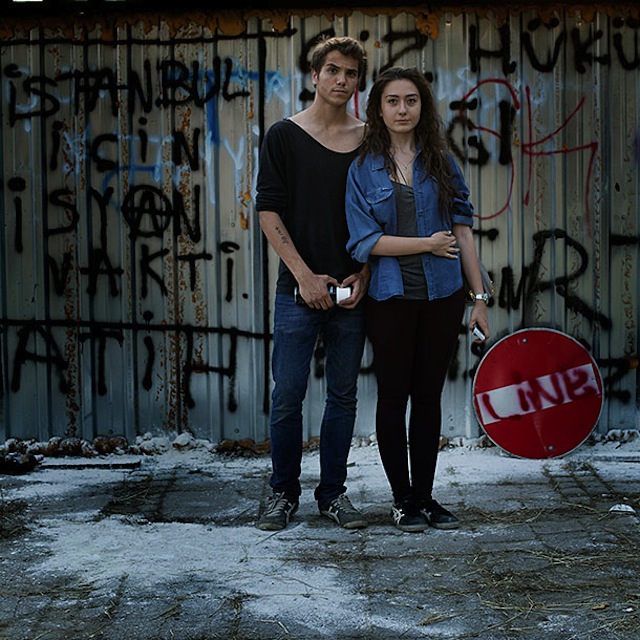 Deniz Tuncer, 18, and Emre Coskun, 18, met two days earlier in Gezi Park during a sit-in. Deniz says: “I want freedom and democracy. We want peace, but the problem is our government is led by a dictator.”