Iraqi youth’s adaptation of the emo subculture has resulted in at least 90 deaths across the country. Because of the western origin of punk-rock music and tight jeans, the Iraqi government has allowed the bludgeoning to occur in Baghdad and other cities, calling it “Satanist” and pinpointing the males as being gay. Pictures put up on Facebook are causing widespread fear for students, especially those who identify their style as emo, and in some cases students are going into hiding or cutting their hair short.

These homophobic and anti-western sentiments are an even more extreme case of the Mexican emo backlash. In Iraq, the government has done nothing to stop the death squads or militia from creating lists of young emo’s names and posting them online. Some Iraqi media pits emos as devil worshippers and shows pictures of youth with sharpened teeth, praying to skulls.

Stores selling skull jewelry and band logos have started taking out the merchandise because of the death squads. 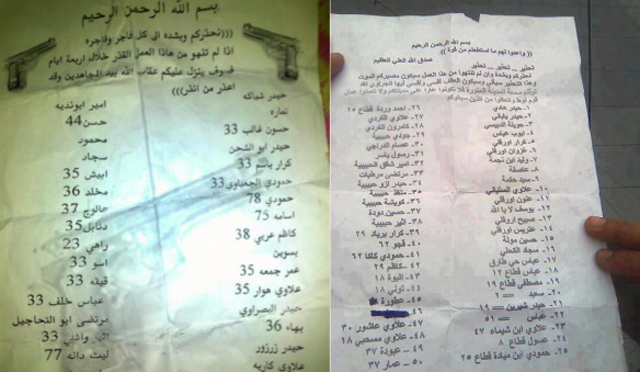 Around Baghdad, signs like the one pictured above have been surfacing.

“To every licentious man or woman, we are warning you: in case you don’t stop these filthy actions within four days God’s punishment will come upon your heads by the hands of those who fight for His own name. Remember that we warned you.” 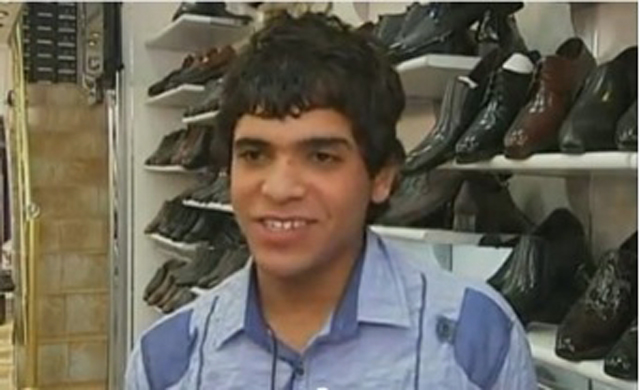 The young shoe clerk pictured here cut his hair and stopped wearing black because he was afraid of being targeted.  However, he says,

Images via here, here, and here