In the Venn Diagram of society’s opinion of teenagers, where ‘fear’ is one circle and ‘admiration’ is the other, the overlap accounts for times of major social upheaval.

The brothers Aleinikov, Igor and Gleb, started making films at the tail end of the Soviet Union. Revolutionary Sketch (1987) is a strange and fantastical short film compiled from archival communist propaganda designed for a teenage audience. 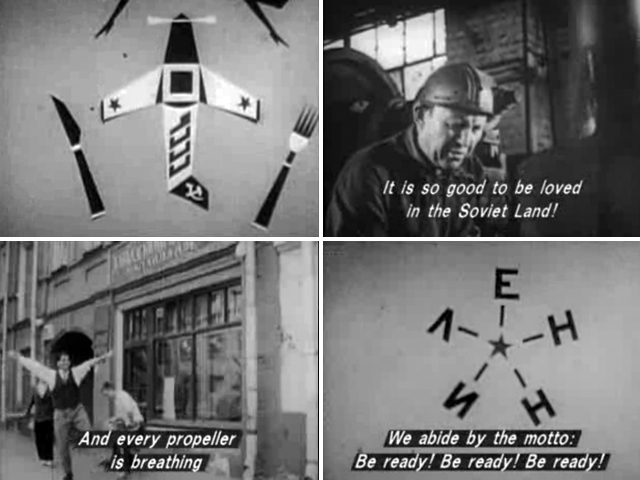 Original graphics are interspersed with footage flipped on its head, boys skipping gaily in reverse and, toward the end, an attractive and incredulous-looking girl smoking a cigarette. There is talk of flying to the moon, going to university, overcoming hostile and opposing mentalities – common concerns between a Leninist and a kid about to turn fourteen.