I’ve been thinking about how teens are often at the forefront of social and political change, and the Civil Rights Movement is a great example. I think these images of Elizabeth Eckford arriving at school alone are the most interesting and compelling. The basic story is that 9 African American students were enrolled at Little Rock Central High School in the fall of 1957, three years after the Supreme Court ruled the segregation of schools unconstitutional in Brown vs. Board of Education. Orvil Faubus, Arkansas’ Governor at the time vowed to fight integration and deployed the Arkansas National Guard to Little Rock with orders to keep the 9 students from entering the school. The 9 had carefully planned their first day, and had a specific meeting spot, but changed it the night before in an attempt to avoid the large crowds that were gathering.

Elizabeth Eckford did not have a telephone and the group was unable to get in touch with her about the change. A woman who was supposed to deliver the message to her house never made it, and on September 4th, Eckford arrived at the school by herself.  As soon as she stepped off the city bus, she was surrounded by an angry, snarling crowd of white students, parents and others, who screamed epithets and spat at her. At one point she looked to an elderly woman for help. The woman spat in her face. Looking straight ahead, she attempted to enter the school twice and was turned away by the National Guard both times. She then continued on to another bus stop, where she was eventually able to get a bus to her mother’s office.

There’s a NPR story about the epic image above here.
. . . As is often the case with great historical events, a single image stays in our collective memory. For that ugly first day of school on Sept. 4, 1957, in Little Rock, Ark., it is the image of a crisply dressed Elizabeth Eckford surrounded by an angry crowd. 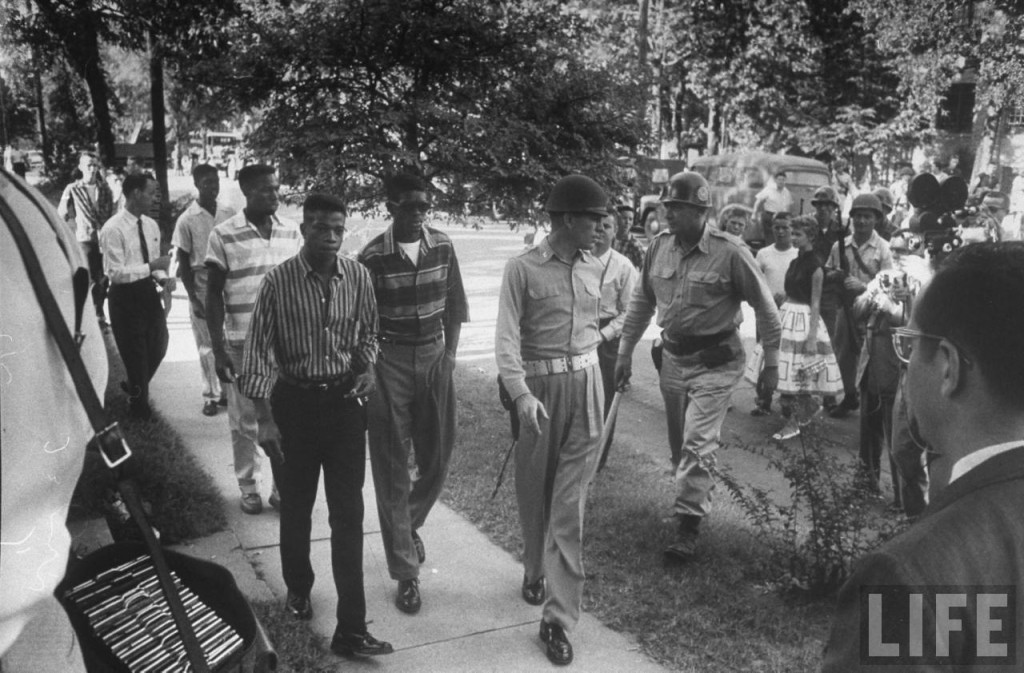 The other students that met as a group try to enter high school on the first day, September 4, 1957. 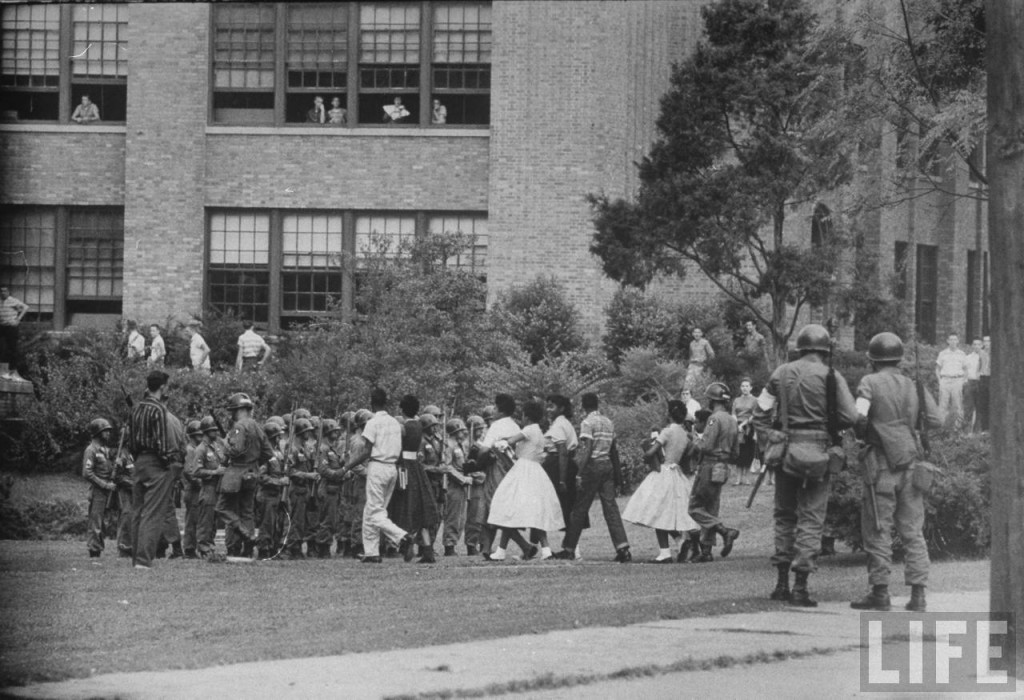 The students were shut out of the high school until President Eisenhower intervened, sending federal troops to escort the students. He also federalized the Arkansas National Guard and ordered them to protect the safety of the students. Above is an image of the students being escorted into the school for the first time on September 25, 1957. 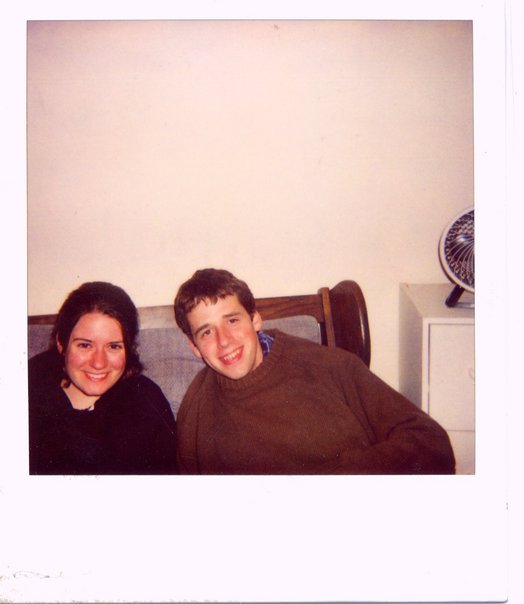 —As a teen, Colin Murphy dreamed of going to the Olympics. He currently Lives in Brooklyn, NY.