There was much to do in 1922 over the flapper subspecies with the “peculiar shuffling gait,” weird handshake (done without clasping hands), black and white dresses, and turned back coat lapels decorated with splendid sparkling paperclips, called The Shifters.

Two paper clips on the hat brim = I kiss

The coed (but mostly female) Shifters club rose to popularity as quickly as it disappeared. It wasn’t political, there was no structure and no leader. You had to pay to get in and pledge to “be a good fellow.” Then out, Shifter! Make more good fellows and good money! The group’s encouragement of promiscuity and flirtation created panic in the minds of American parents, politicians, religious leaders (a revivalist preacher named “Texas Tornado” bellowed to his congregation “Jezebel was the worst woman in the world. She was the first ‘queen of the Shifters'”),the social elite and the KKK. “Get something for nothing,” was the Shifter motto. Below, an advertisement for Shifter Hats that came in Shifter Red, Shifter Green and Quaker Brown that ran in The New York Evening World. 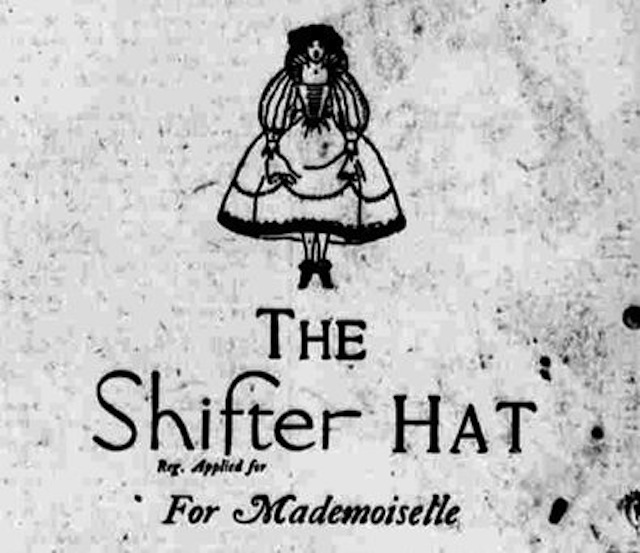 The pyramid scheme aspect of The Shifters was of course the reason for its fast growth. No one really knows how it all began. One newspaper said “the fad started at Hanover in the room of an ingenious minded Dartmouth student of psychology,” and another accused “Boston high school debutantes” and yet another said it started with the New York kids. Miss Gertrude Robinson-Smith, president of the Vacation Association whined, “The [Shifter] badge serves as an invitation to flirtation and to intimacies that self-respecting girls ordinarily would resent. We have learned that among high school students, ‘petting parties’ have been the general result of Shifter initiations.” A high school Shifter retorted to the NY Times “we don’t need badges or secret or any other kind of societies to have ‘petting parties.’” 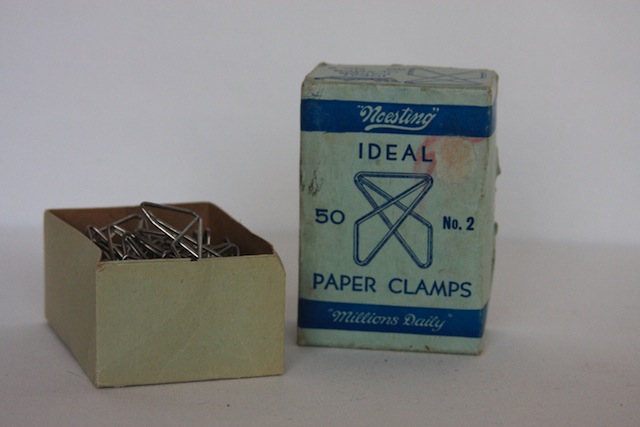 The ideal clips, above. And the ideal cut, below. 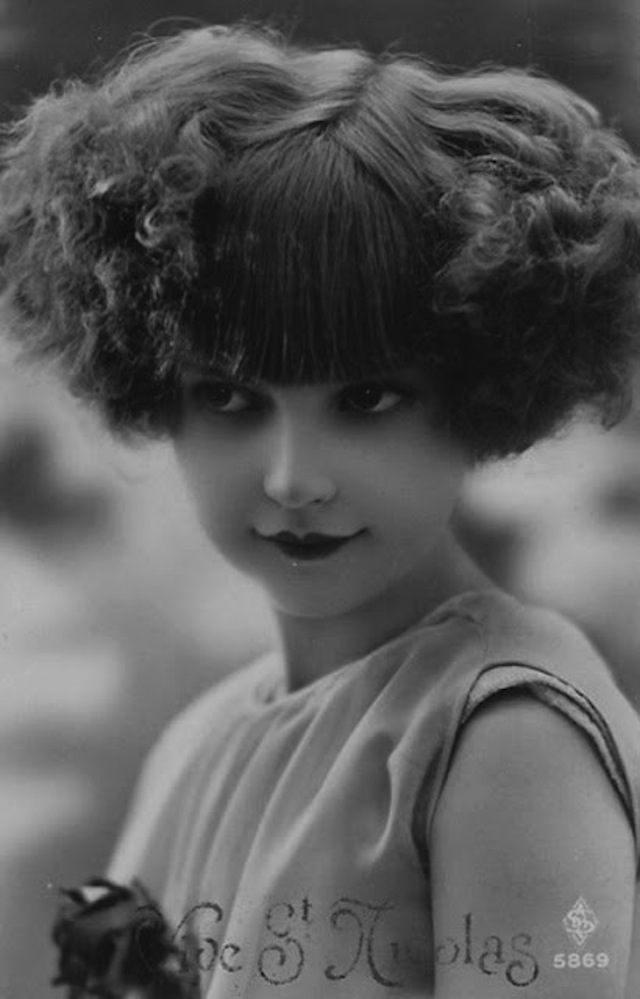 The Kestenman Brothers Manufacturing Company of Providence capitalized on the Shifter craze and started selling Shifter buttons which bore the Shifter “hand of friendship” for ten and fifteen cents a piece. They claimed to sell 3,500 a day in NY alone. And after 6 months it was over. And when the Shifters disappeared, slowly their words died too. Let’s bring these back!

Princess Mary: girl about to be married

Dud: a Flapper who can’t keep in the swim

Young Otis: chap from the country

Slam-book: diary in which you “knock” your friends

Woofy: in place of nothing else to say; generally meaningless

Ankling along: taking a walk

Sinker: girl who is a wallflower

Red Mike: boy who never goes out with a girl

Darb: can be relied on to pay the checks

Monog: one who is “goofy” about one person at a time

Flat-wheeler: chap whose idea of entertainment is a walk

Tomato: pretty girl who can dance but has no brains

Mad Money: streetcar money in case of a row with your fellow

Strike-breaker: substitute girl when your steady is sore on you

Smudger: one who does all the new dances

Finale-hopper: arrives after ticket-taker has gone

Destroyer: dances on your feet

Squirrel: hides or banks his or her money

Loaded: not drunk, but primed with information

Drag: to escort a Flapper somewhere

Buried: Flapper who has become married