There is a seemingly unlimited collection of family photos at The United States Holocaust Memorial Museum’s digital archive—featuring snapshots Jewish youth from across Europe, Milan to Sweden. Many of the photos offer detailed descriptions its subjects, highlighting their impressive lives and families struggles. Read the in depth description of the three students pictured above, here. The photographs themselves tell an amazing story of youth’s perseverance and positivity through the good times and horrific. 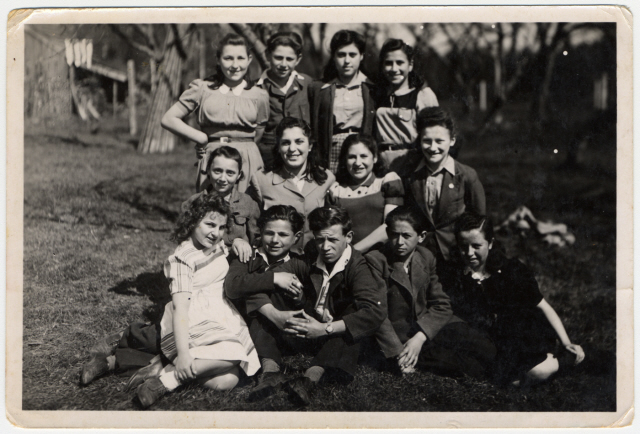 A group of young teenagers pose on the grounds of the Rosenheim displaced persons’ camp. 1946 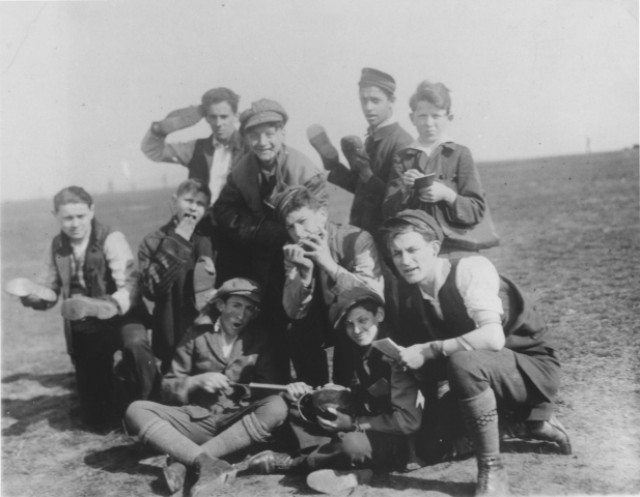 Jewish youth on an outing in Czernowitz. Among those pictured are Jascha Stein (center); Jacob Flexor (bottom right); and Moshe Kasner (top right), 1929 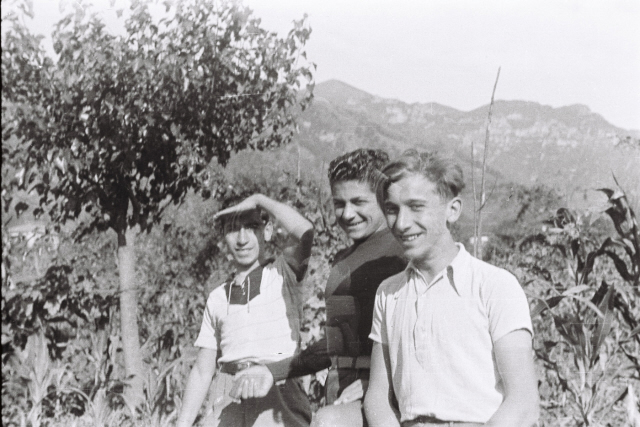 Cesare Vitale and two friends pose in a Zionist Hachshara near Milan, 1939 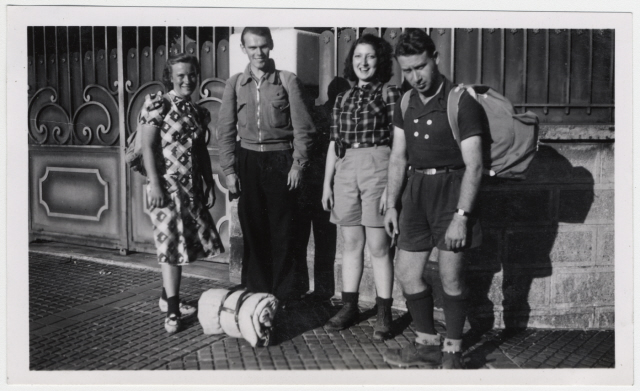 Four young people pose together with their backpacks and sleeping bags. France, 1940 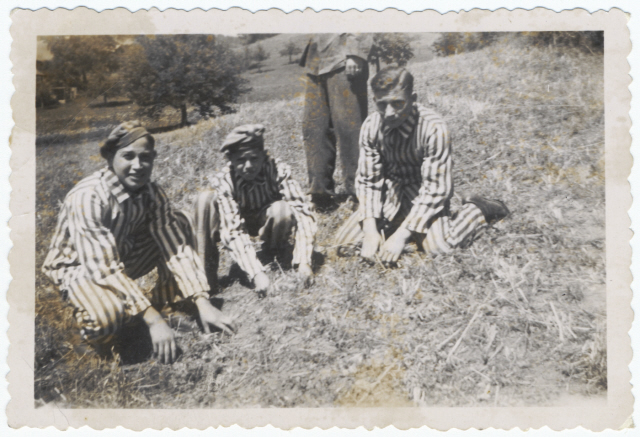 Three Buchenwald survivors pose on the grass in their uniforms after liberation, 1945 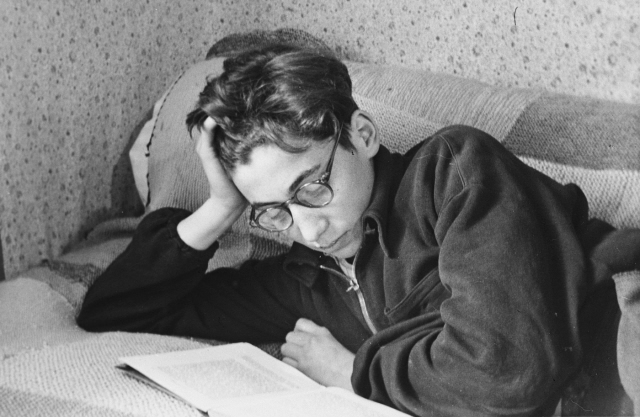 Close-up portrait of a teenage boy reading a book on his bed in a boarding school in Switzerland, 1946 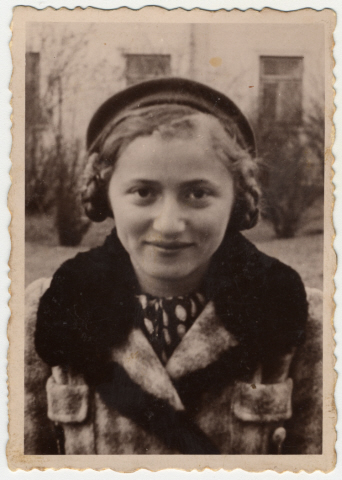 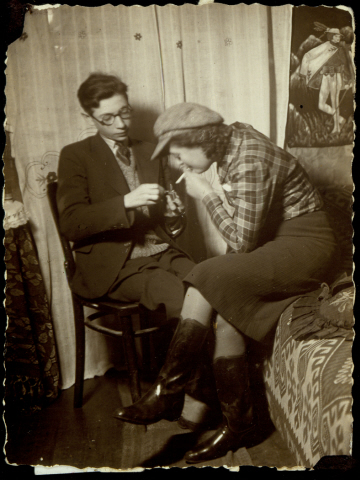 A Jewish teenager lights a cigarette for his girlfriend in her room in Eisiskes, Poland. 1936-39 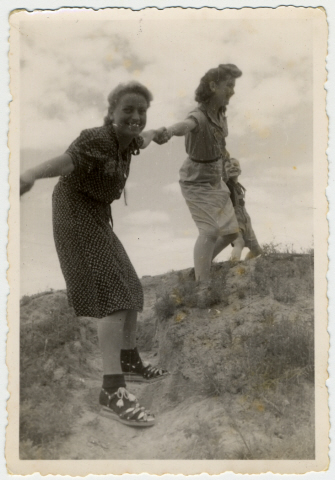 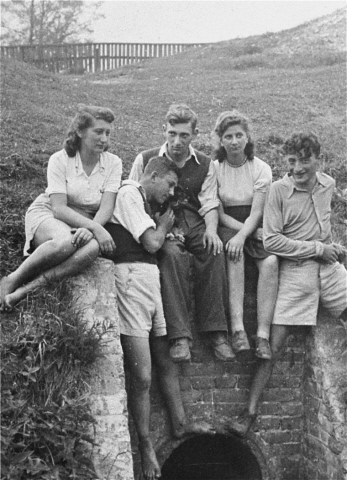 Five members of the Hashomer Hatzair Zionist collective on their farm in Zarki.1942 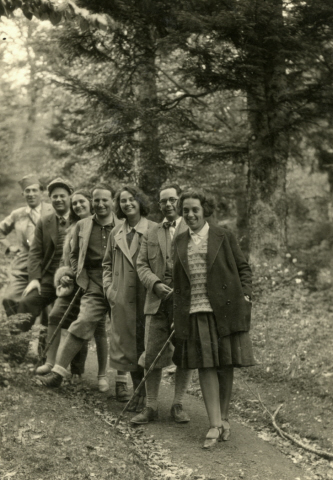 A group of young people goes for a walk in the woods of Yugoslavia. 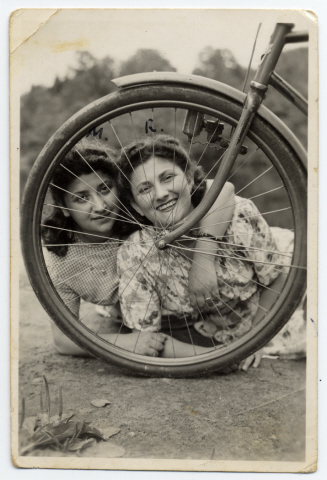 Two Jewish sisters pose behind a bicycle wheel where they are recuperating in
Sweden after the war, 1946