In the hot summer of 1972, photographer and filmmaker Danny Lyon was taking pictures in South El Paso’s Second Ward. 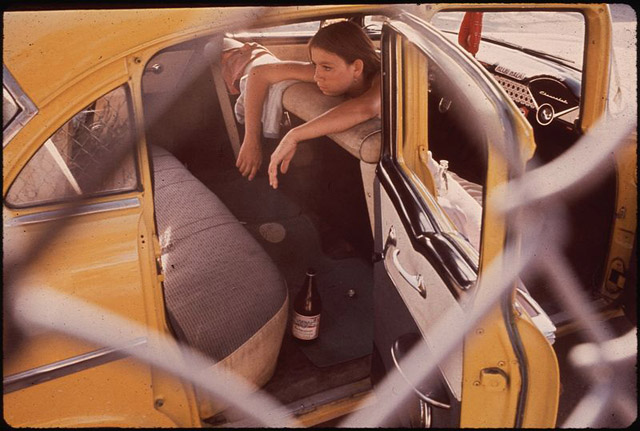 Lyon was already established at this point, having received a Guggenheim Foundation Fellowship for photography in 1969. Seemingly, the kids in the pictures could not have cared less about their role as subjects for a famous photojournalist. What Lyon captured was a neighborhood in the earliest stages of urban renewal and its local teenagers in the advanced stages of boredom.

Hanging in the front seat of a Tri Five Chevy or looking mean in an alley were not the only ways to spend time almost forty years ago, but they sure were good ones. 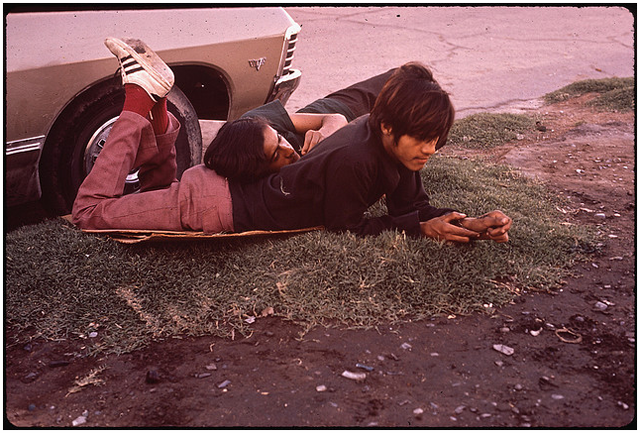 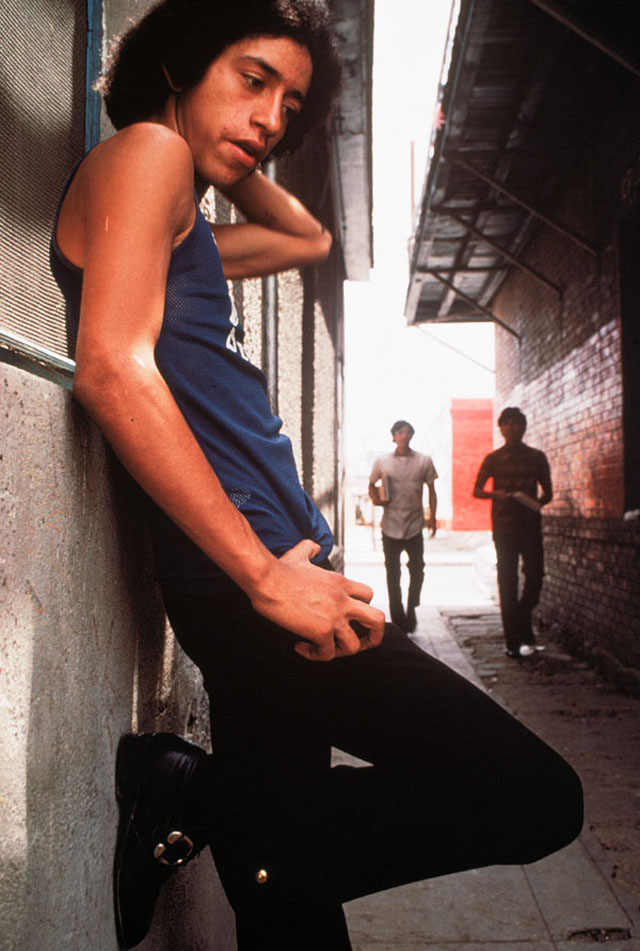 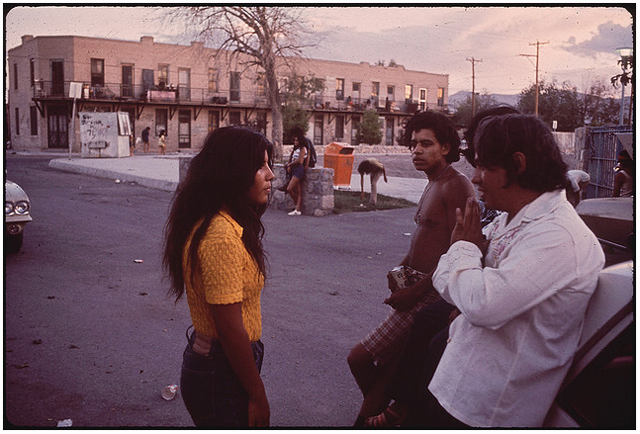 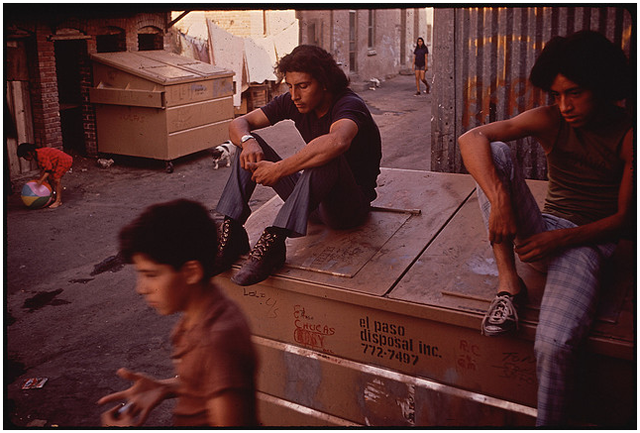 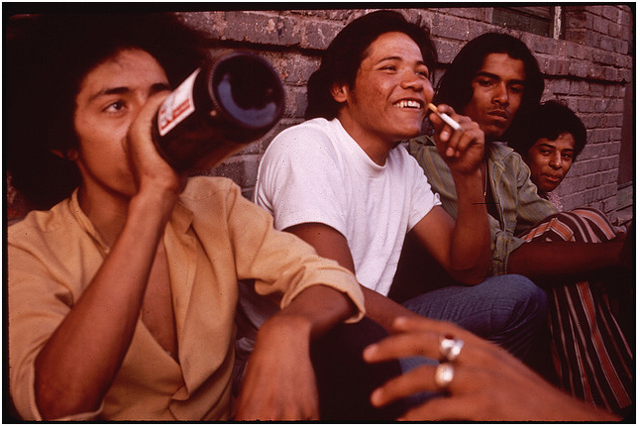 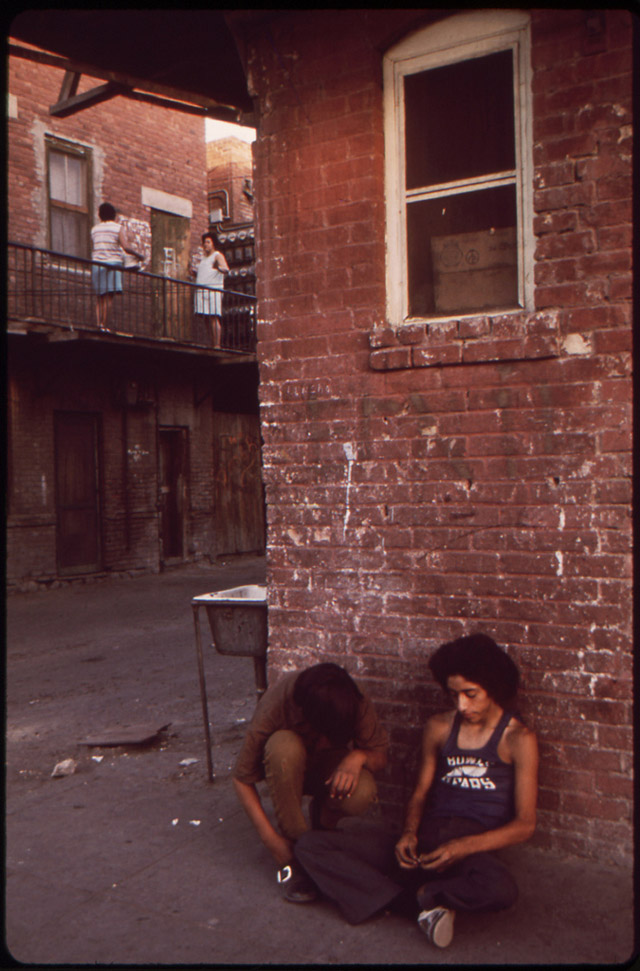 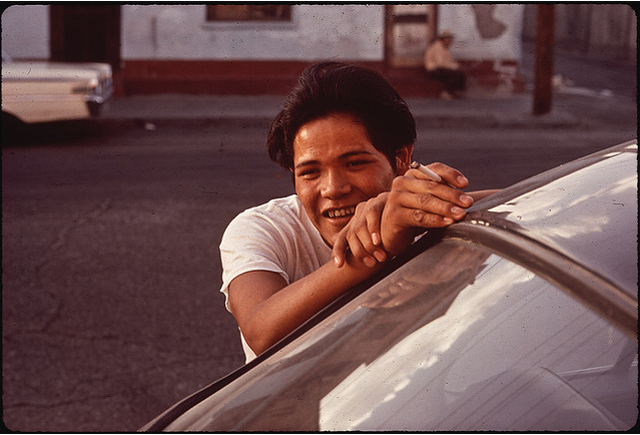 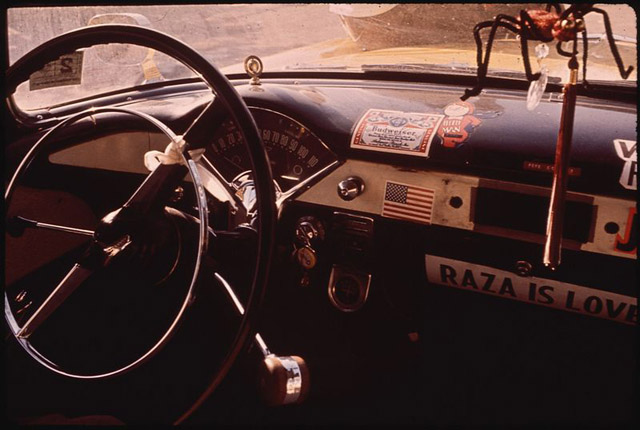 images via The US National Archives