New Age Travelers are young people inspired by the traveling traditions of the gypsies and nomads who’ve roamed Europe for centuries; they are idealists looking for an alternative form of living.  Unlike gypsies, New Age Travelers don’t come from any specific ethnic group; instead they invent their own culture inspired by the beat generation’s rejection of consumerism and idealized freedom.

New Age Traveling formed in the early seventies. There was a common belief in ‘reclaiming the land for the people’ in which communities were erected on unoccupied fields in the country-side. Nomadic traditions sprung up from figuring out how to transport between Free Festivals efficiently. Within these festivals, makeshift collectivized villages are formed with free food stalls and free medical aid, each traveler looking out for one-another, free of the confines of capitalist values.

Later in the decade, New Age Traveling became less of an ideological-based way of living, but more a result of declining economic opportunities. As the Thatcher era dawned, many people found themselves adopting the traveling way of life to sustain permanent living. In the 1980’s, Traveling became less about actively denying social values, and more about being forced into this way of life to sustain a permanent living. People in this way became ‘refugees of Thatcher’s England’. 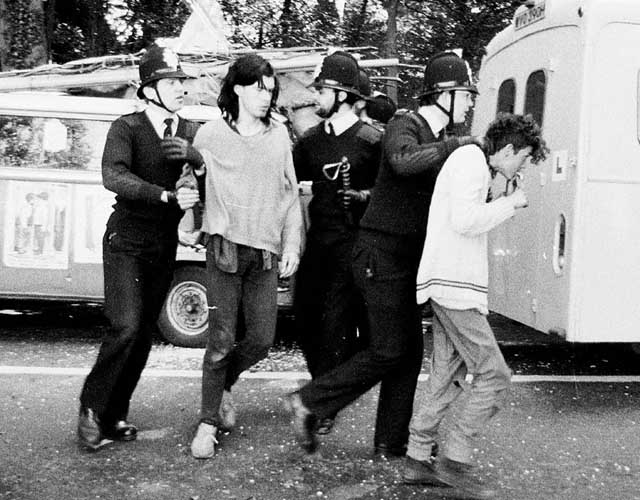 Police arresting New Age Travelers at the “Battle of the Beanfield” when travelers tried to hold a free festival at Stonehenge and clashed with authorities. June 1985.

The New Age Traveling communities also struggled to adapt to the changing youth cultural climate that was the later part of 20th Century Britain. As the Punk era transpired, many punks became attracted to the lawless values of a community based around unbridled freedom. Traveling communities turned into a mixture of older hippies and younger, anarchy focused punks. In this way there was a clear distinction between the disaffected and the well-intentioned. Hippies developed into punks and punks developed into ravers in the nineties, who with them, all brought with their own distinctive set of beliefs and cultural practises. 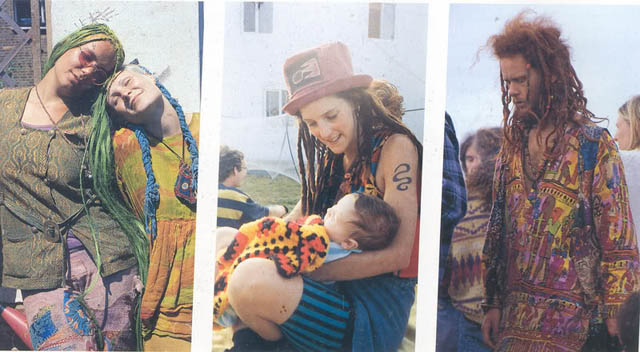 The early nineties brought with them ravers and youth rave culture. Where the soup kitchens of the original New Age Travelers lay; make-shift venues were erected to host free and often illegal, ecstasy-fuelled rave parties.  This upset not only the peace-loving, passive attitudes of the older, hippie generations but also caused trouble with the law enforcement in local areas.

But despite all the youth-driven cultural and social changes that the New Age Travelers have undergone throughout the decades, they have been able to maintain a fundamental love for traveling and community.

images via here, here, and here.