The Magdalene Laundries were convents for “fallen women” all over Britain, Europe, America, Canada and Australia — the first of which was founded in 1765 in Dublin, Ireland. Originally intended for the penitence and rehabilitation of prostitutes, women were made to “wash away their sins” by doing laundry for ten hours or more a day. In the 1800’s, women could come and go as they so chose, seeking refuge there, away from prison, disease, abusive men, and extreme poverty. But towards the 20th century the convents became increasingly prison like.

Teen girls were sent there for being too beautiful (tempting to men, thus more likely to be promiscuous), too ugly (more vulnerable to seduction), too clever, flirtatious, or spirited. Many were sent for being pregnant out of wedlock, even if victims of rape. 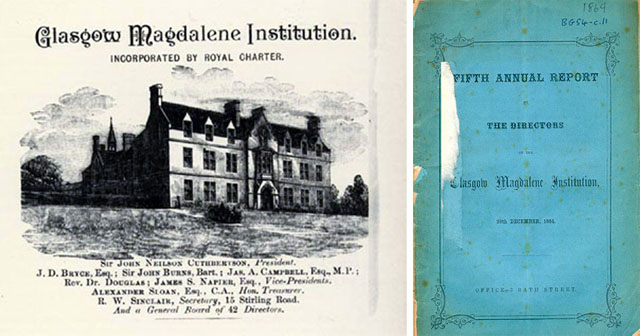 Their babies were taken away from them against their will, sometimes used as guinea pigs for new drugs, and put into orphanages. Typically sent to the Laundries by their own (usually male) family members, they were held prisoner indefinitely, unless claimed by a family member. However, once admitted, their names were either changed (a Mary changed to a Myra because she was too impure to be called Mary) or taken away altogether and given numbers, so they were extremely hard to find. Many of them spent the rest of their lives enslaved, unable to speak unless to pray, subject to continued the psychological, sexual and physical abuse of the sisters. The Church, at the time, was more of an authority than the government and girls who escaped the convents (who managed to get past tall brick walls with shards of glass mortared into the tops), were returned there by the police. The last Laundry closed in 1996 in Waterford, Ireland. 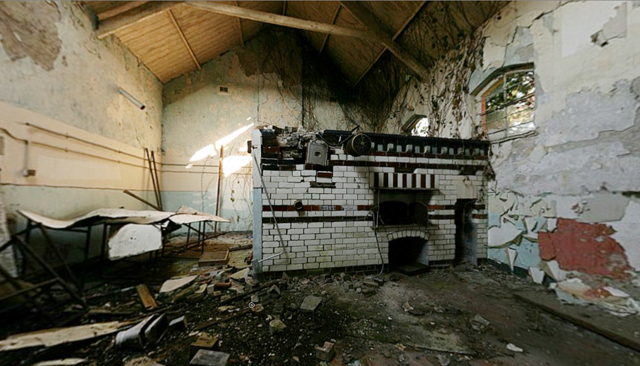 The first fall, Convent of the Good Shepherd by Rachel Romero.

Artist Rachel Romero, Magdalene survivor of The Pines Convent of The Good Shepherd in South Australia (1941-1974), has drawn her experience as a fourteen-year-old runaway. The drawings are works in preparation for a film on the subject. 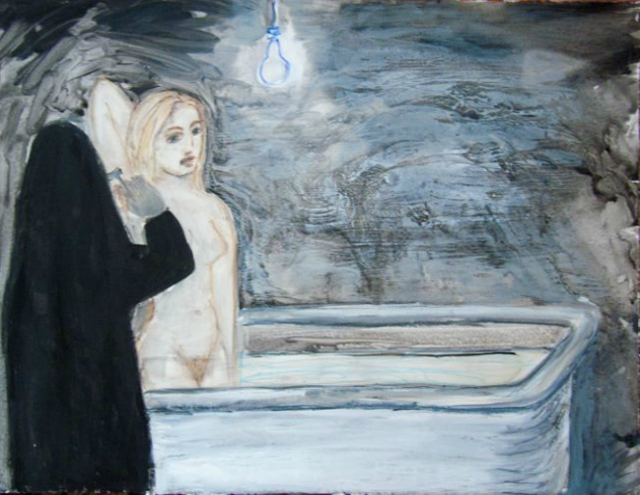 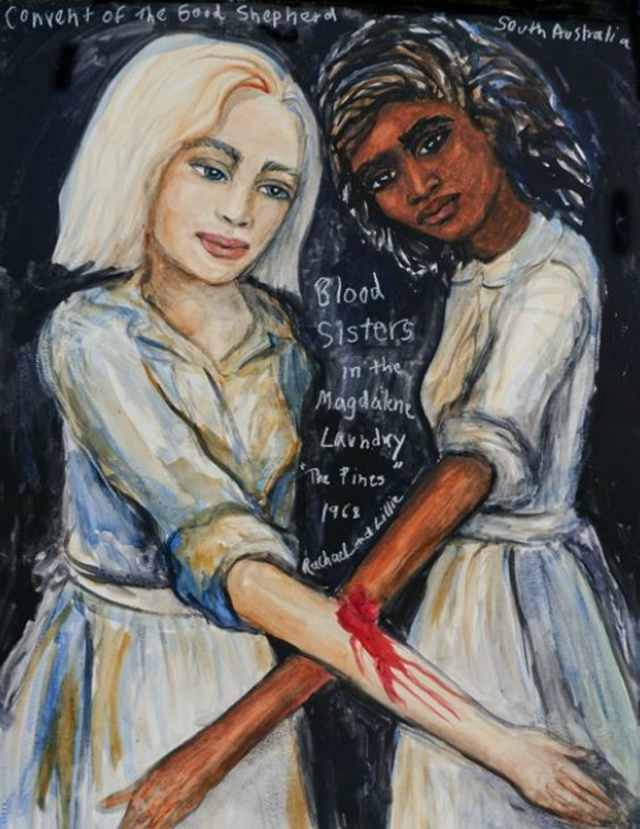 images via here, here, and here.