In 1945, a new social group for teenage girls, the “Sub-Deb Club,” exploded in popularity, especially in the midwest. The name of course referred to the age of the girls — still in high school, they had not yet been introduced to society as debutantes. The following images are from a LIFE magazine feature article on the activities of Sub-Deb Clubs in and around Indianapolis, where they were hugely popular — the city had over 700 clubs and a total of 6,000 members. According to LIFE, “the clubs are not snobbish. Anyone with a friend can start one.” 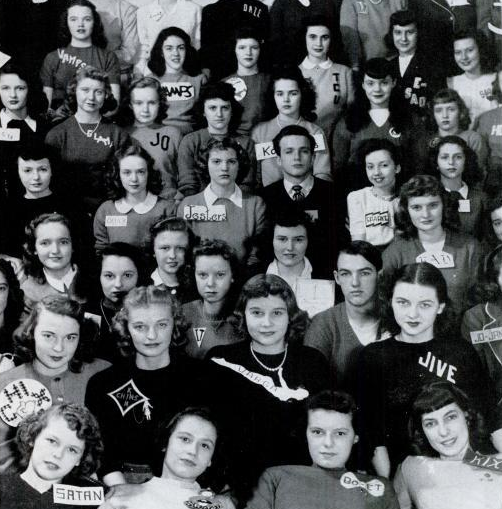 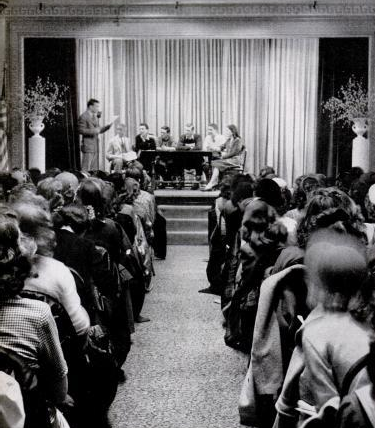 A multi-club meeting comprised of boys and girls in a lounge or “Hi-De-Hole.” The girls are asking the boys  questions like “Do boys expect to neck after a date?” (“Depends on the mood a fellow’s in”) and “What do boys think of flirts?” (“They’re kind of fun if there aren’t too many people around.”) 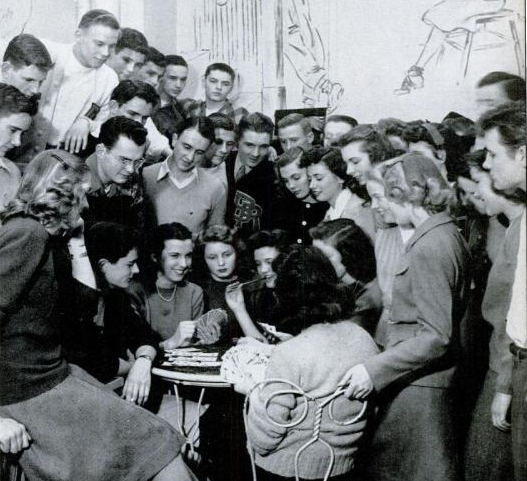 The clubs had incredible names, like WITCH (We In This Club are Hellcats), SWAMI (Subtle Women Are Most Intriguing), GCP (Gotta Coppa Poppa), JERKS (Junior Elite Receive Kind Servicemen), ZANY (Zealous, Adorable, Nice and Yummy), JILTS (Jump In Line To Smooch), KLA (Keen Lassies All), and Nit ‘n’ So (Knit and Sew). 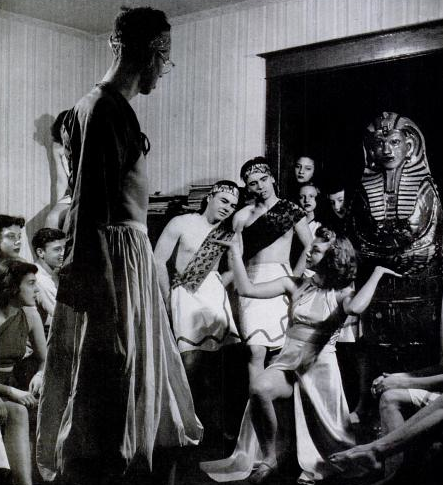 Genius, Inc., a drama club for boys and girls, rehearses My Mummy Done Ptolemy. This drama club was “more sophisticated” than most other clubs. 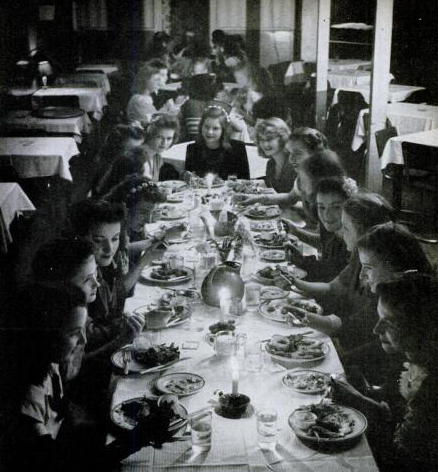 “Single girls might be shy about asking boys to parties but clubs of girls can be downright aggressive.” 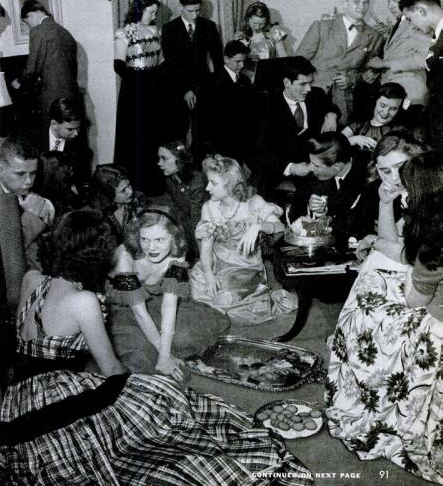 Jean Meyer begins her “Hell Week” of club initiations. Grueling requirements included “sweeping the steps of a monument downtown,” singing to and shining the shoes of a “passing serviceman,” and “signing on a street corner.” 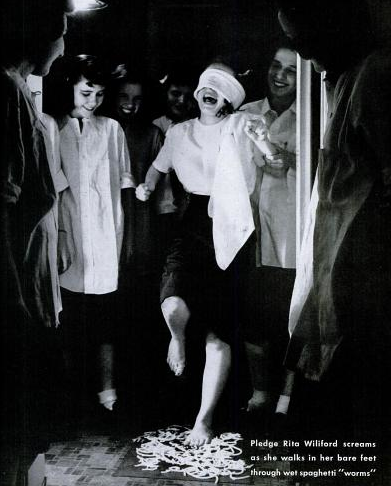 Some girls joined as many as five clubs, and had to complete initiations for all. They “squeal with terrified delight when they walk through the spaghetti which they have been told is worms.” Following the initiations were “solemn and dignified” formal initiation ceremonies to welcome the girls into their exciting new lives as sub-debs.

All images and quotes via LIFE Magazine.