‘Greatest Athlete of the Twentieth Century ‘ Jim Thorpe got his start on the Carlisle Indian Industrial School team. CIIS was an government sponsored boarding school that opened in the late 1800s, shuttling Native American children away from their families, stripping them of their culture and forcing them to conform to American language, values and dress. Horrible, but I digress. The Carlisle Indians were often outsized by competing schools so they relied on their ‘speed and guile’ to stay competitive. Carlisle’s playbook gave rise to many trick plays and other innovations that are now commonplace in American football. The overhand spiral throw and hand-off fake are both credited to Carlisle. (wikipedia) 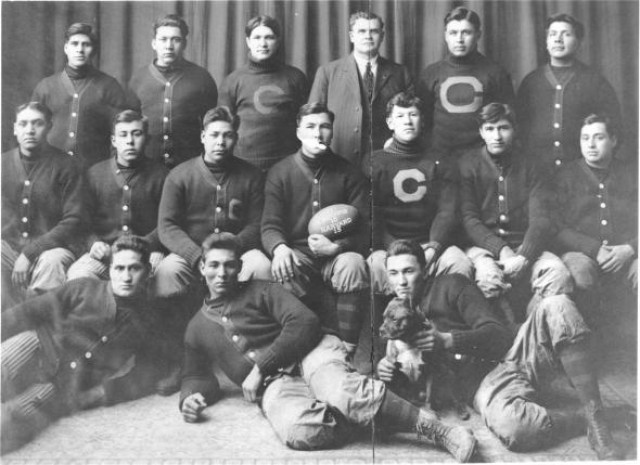 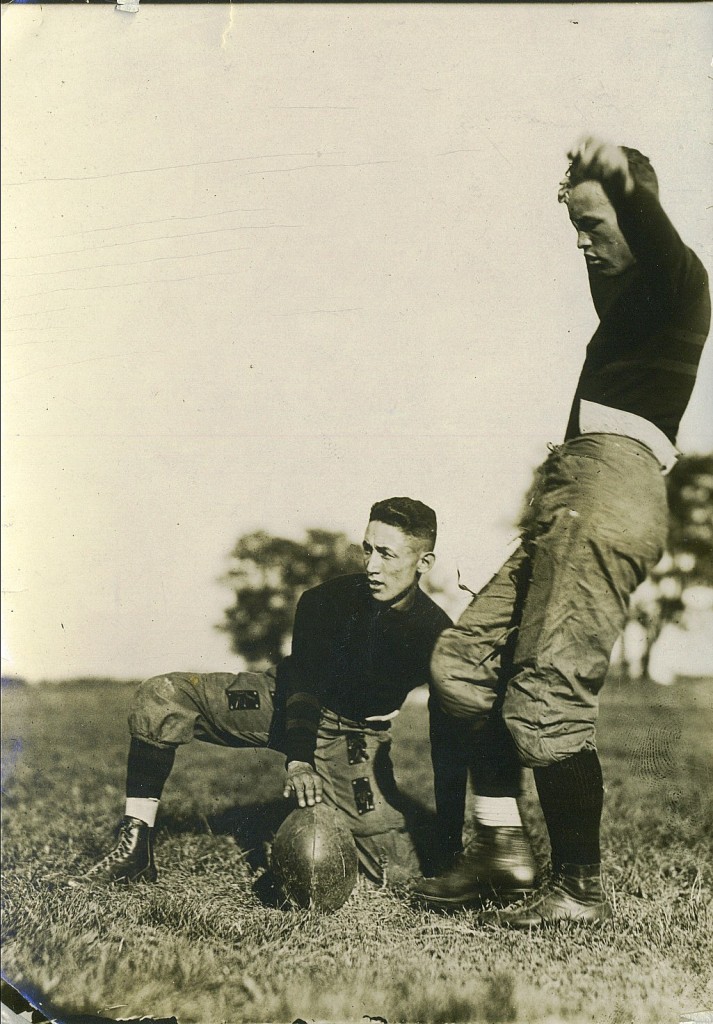 Tom Miles, the author’s grandfather, is shown holding the football for a kick at Carlisle Indian Industrial School circa 1911. Miles was a freshman when his cousin Jim Thorpe was a senior on the team (via army) 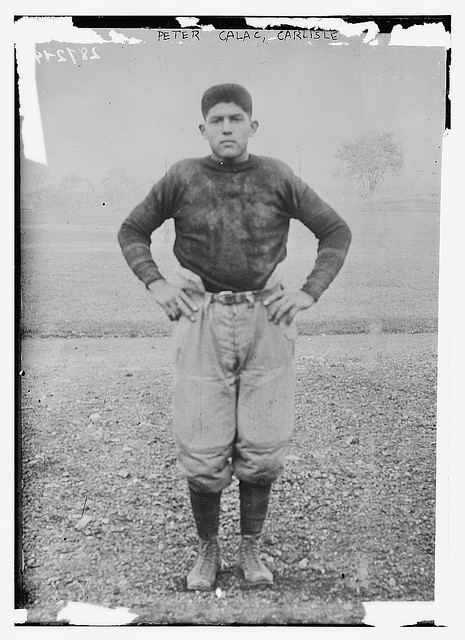 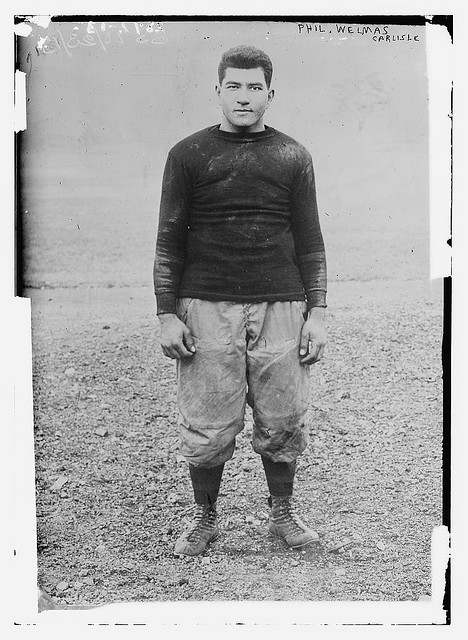